Details on what we're working on with Groovy Invaders and what we plan to be adding next!

We've been working hard on the next level of Groovy Invaders. Here are some

screenshots of me working on the fourteenth level to the game. 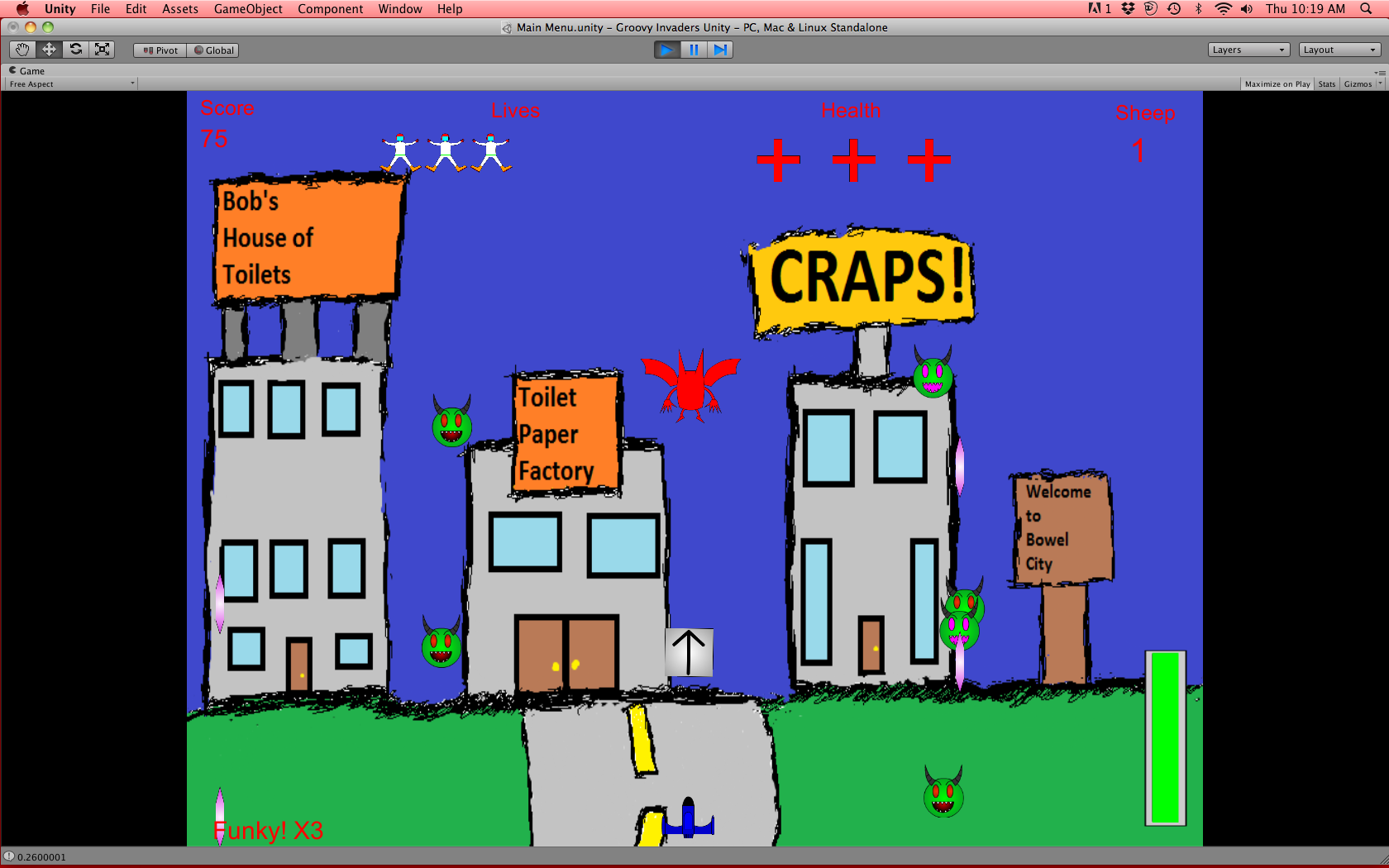 We also plan to introduce some new gameplay mechanics to the game. There will be more

information on that later. And also the animator I'm working with is also getting to work

Hope this excites you, I may hold off on uploading new versions of the game and wait to

do a retail release of the game. I'll have more of an idea on that later. Have a great day!