We’ve passed the Greenlight. Thank you for your votes and support! But what are we going to do next?

We’ve passed the Greenlight! First we want to say big thank you for all of you who has supported us and voted for our game. But the reasonable question arises: what are we going to do next? Integrate the Steam API, set the price, sell the game?! No! I mean, yes, but later. 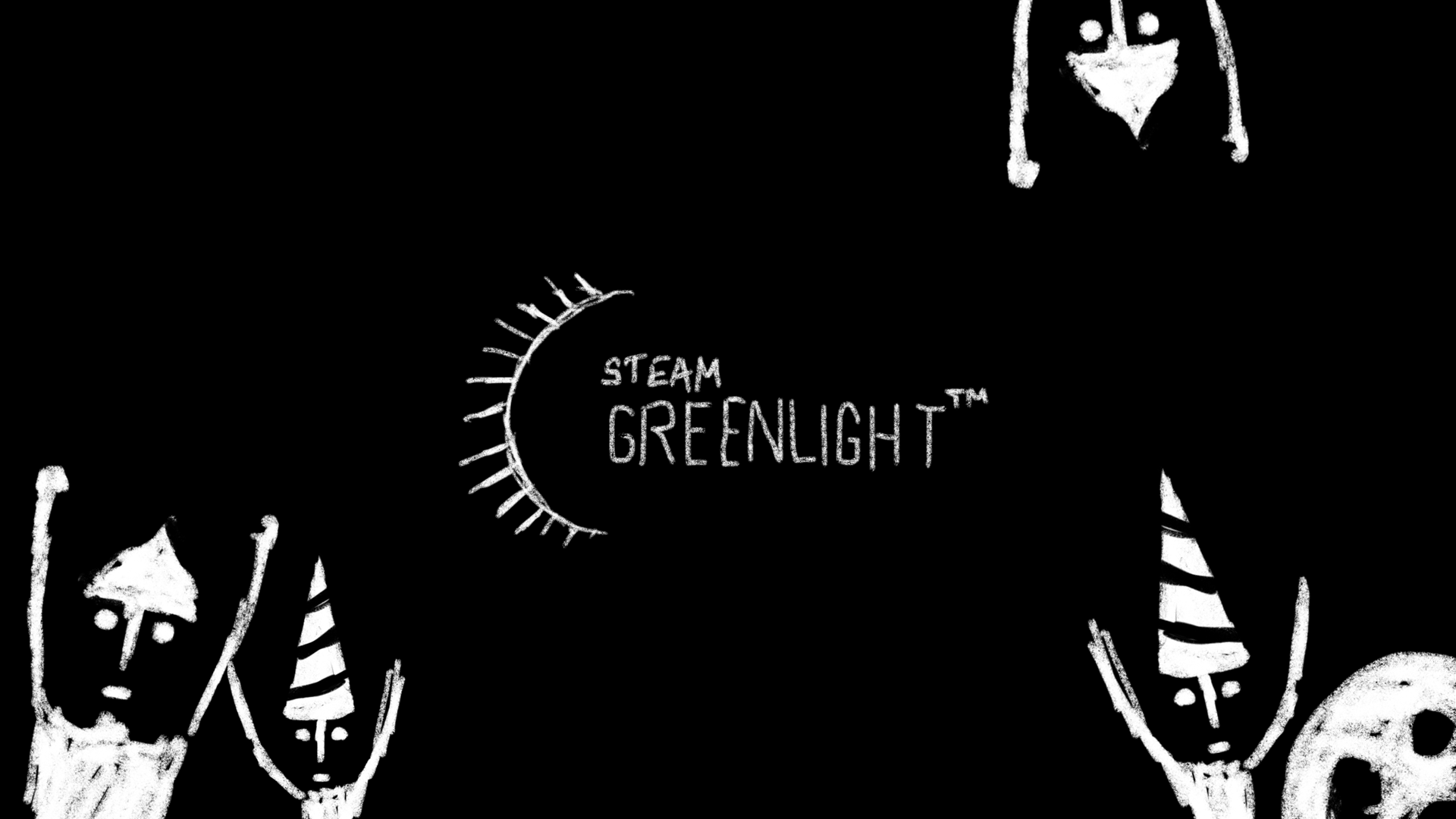 The Greenlight for us is a milestone in the development process. This milestone in our case is situated somewhere in the middle of the way. All the stuff, that you’ve seen in the demo version of the game is in fact the bigger part of all that we’ve done in the course of five month of development (since the very start). There is also a game level in the middle world of the humans that nearly no one has seen, there are some stuff going on in the upper world of the gods, but still not enough to make a good release on Steam. So we’ve decided to focus our efforts on development for a pretty long time. I mean, really long, like a year or so.

“But why so long?!”, - I almost hear you asking. It’s quite simple - we are working on the game in the spare time after day job. We have a lot of plans as well: make a wider lower world, create a middle world, make an epic upper world, read a lot of books on myths, compose a bunch of music - all of this stuff requires time. But we won’t disappear of course, we’ll post about our progress.

What we have already done after the Greenlight. Some of you may have already seen the new screenshots of the upper world: cold and unforgiving. We also continue work on lower world. The eyes of the 77 dead are actually our own creation (i.e. not from komi myths).

And a shocking news! We’ve decided to implement a new mechanics. For two reasons.

First of all, some of the players told us that the gameplay is lacking, so there will be a bit more of it. This gameplay element is of course not jumping or laser shooting from the staff or anything like that. It’ll be like a protection os some sort, but more on it in the upcoming posts. There also will be some kind of flashback where you’ll be able to play as the other characters. 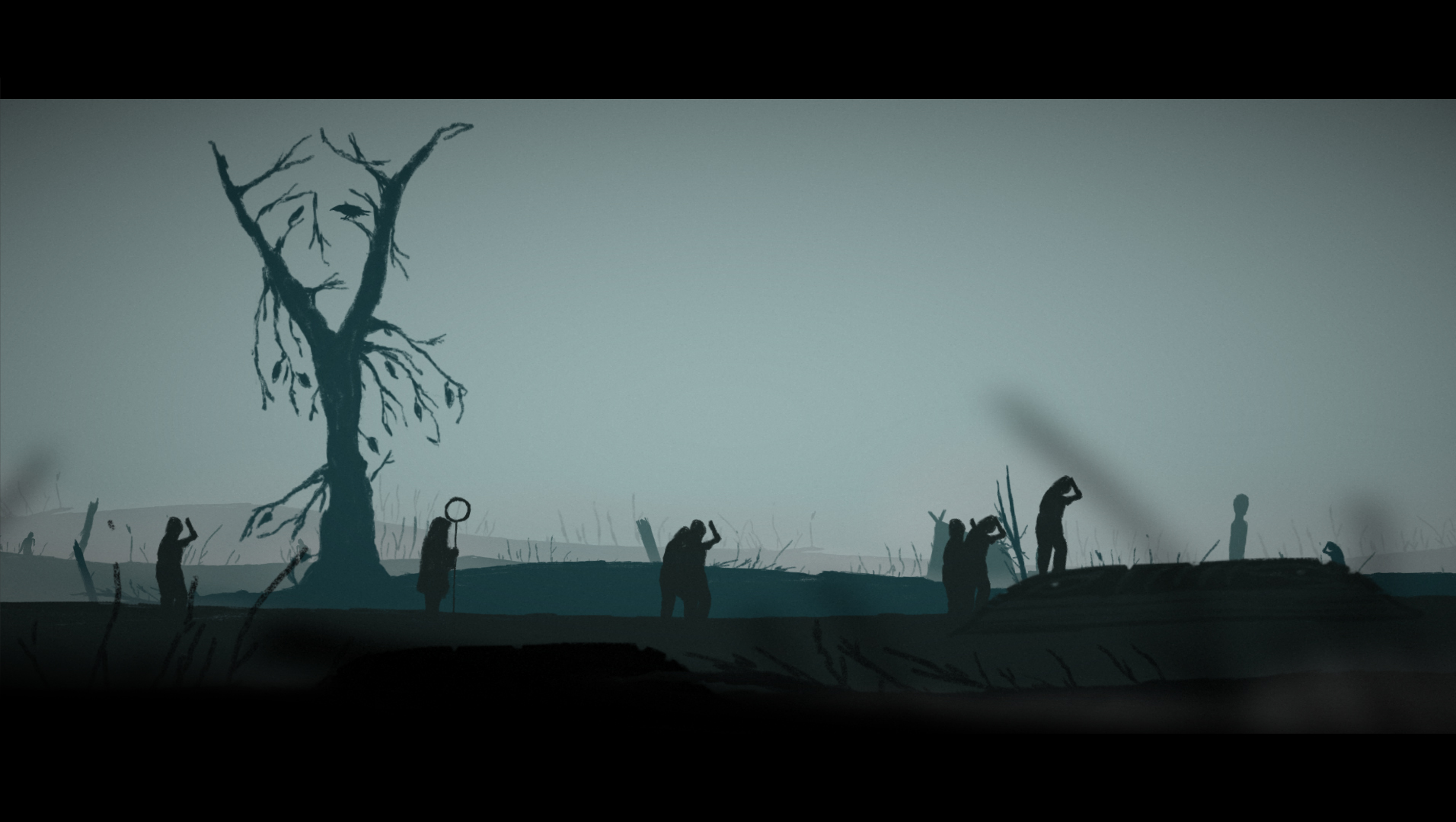 Secondly, we are making this game in the strange paradigm called “symbolism in game design”. What this means is that most of the gameplay elements have some kind of a meaning, even if this meaning is no explained explicitly. For example, the middle world has a scene where seven birds are soaring in the air, there are seven walking orts in the swamp. Notice the face on the screenshot and the moose branch heads? All of these are in fact an incarnation of sevent demigods, sons of Pera and Zaran, the protectors of shamans (according to game lore). Ideally, the player and his imagination compose the story for themselves thus creatin their personal images of the game world with their own personal meaning.

So, finno-ugric people in their mythic times gave a special significance to some odd numbers: 3, 5, 7, 77 (count the guys on the screenshot below). And first we had this plan: three keyboard keys for three worlds. Now we have three actions as the symbols of three worlds: movement, seeing spirits and protection. 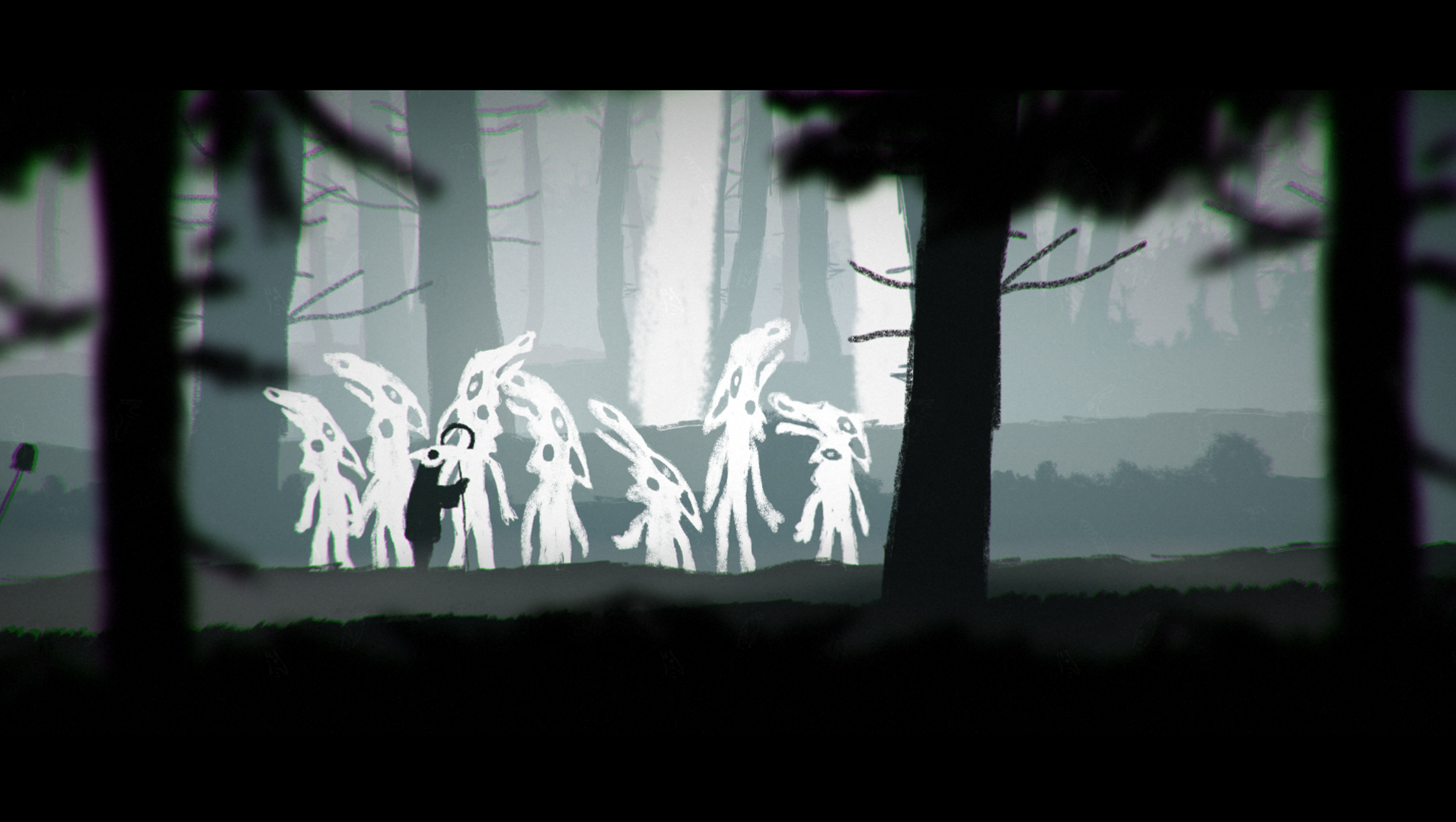 So, I want to say that the main thing is that we are continuing the work, and we are still driven by the desire to create an interesting, fun and unique game. Thank you for reading our blog!