A little bit of fog, a dash of sun shafts and a lot of secrets.

We are improving the game not only codewise with some hell of a refactoring thingy but also visually with some effects and stuff and gameplay-wise adding a bit of secrets here and there. First let me tell you about the effects.

The first playable version held some naive effects like fog and sun shafts that were made with simple sprites. Not animated or anything, kinda like placeholder. Now I've made a real particle system-based effects for these things. Not yet physically interactive. Not yet! But maybe soon. Maybe. Or not, who knows. It seems, that 2d collision are not yet implemented in Unity3d.

So here is the fog. Kinda Limbo-like, but with our Mooselike vibe, I hope. Anyway I think it kinda fits to our game.

The second thing are the light shafts. First I saw this kind of effect on the asset store and thought of buying it, but it came with a lot of unnecessary stuff, like sprites and such, so I made my own light shafts with animation and particles.

These effects are only the beginning. Next I think to implement reflections, and darkness scattering. As for the former, I kinda have ideas how it could be made, as for the latter I still don't have a clue yet, but maybe I'll think of something soon.

Some brave souls played our game (not many) and eevn less people found out that we have secrets in the game. They are kinda not obvious because I didn't have time to implement any kind of tutorial. But they are there and when the game is finished the player sees a screen wich tells him how much of these secrets did he find. And most of the players that I talked to were surprised by the fact that they did find one secrets without knowing it! It is because these secrets are not only JUST secrets, but collectibles as well. And the first collectible is the Alvi Tree, the first totem tree that the player encounters. I'll fix this soon.

There are real secret places in fact, where you can get only by the cunning and\or luck. 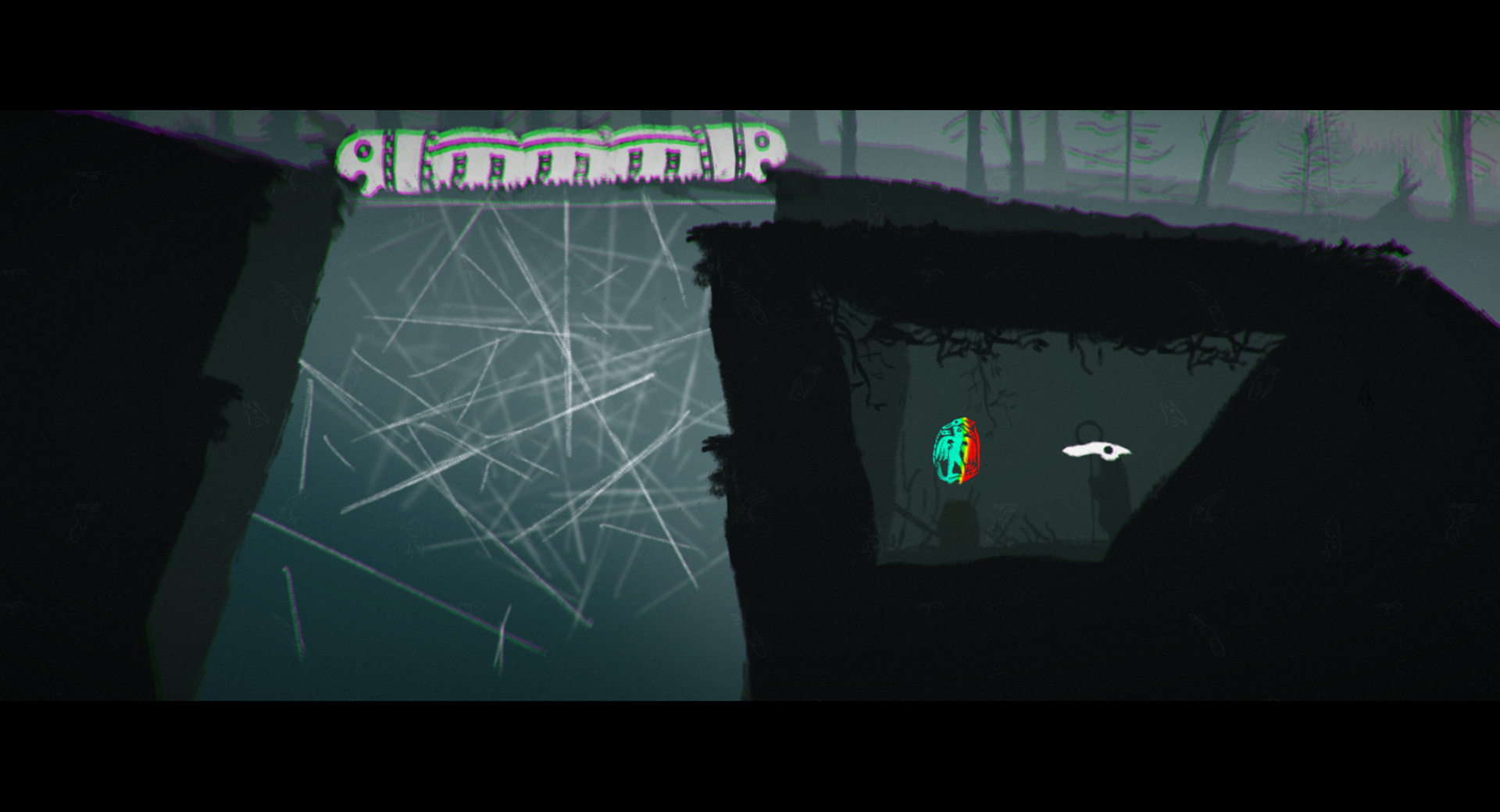 This is one of the secrets/collectibles that is I think easiest to find - near the beginning of the swamp, just walk left. So what next? Next you press ESC! 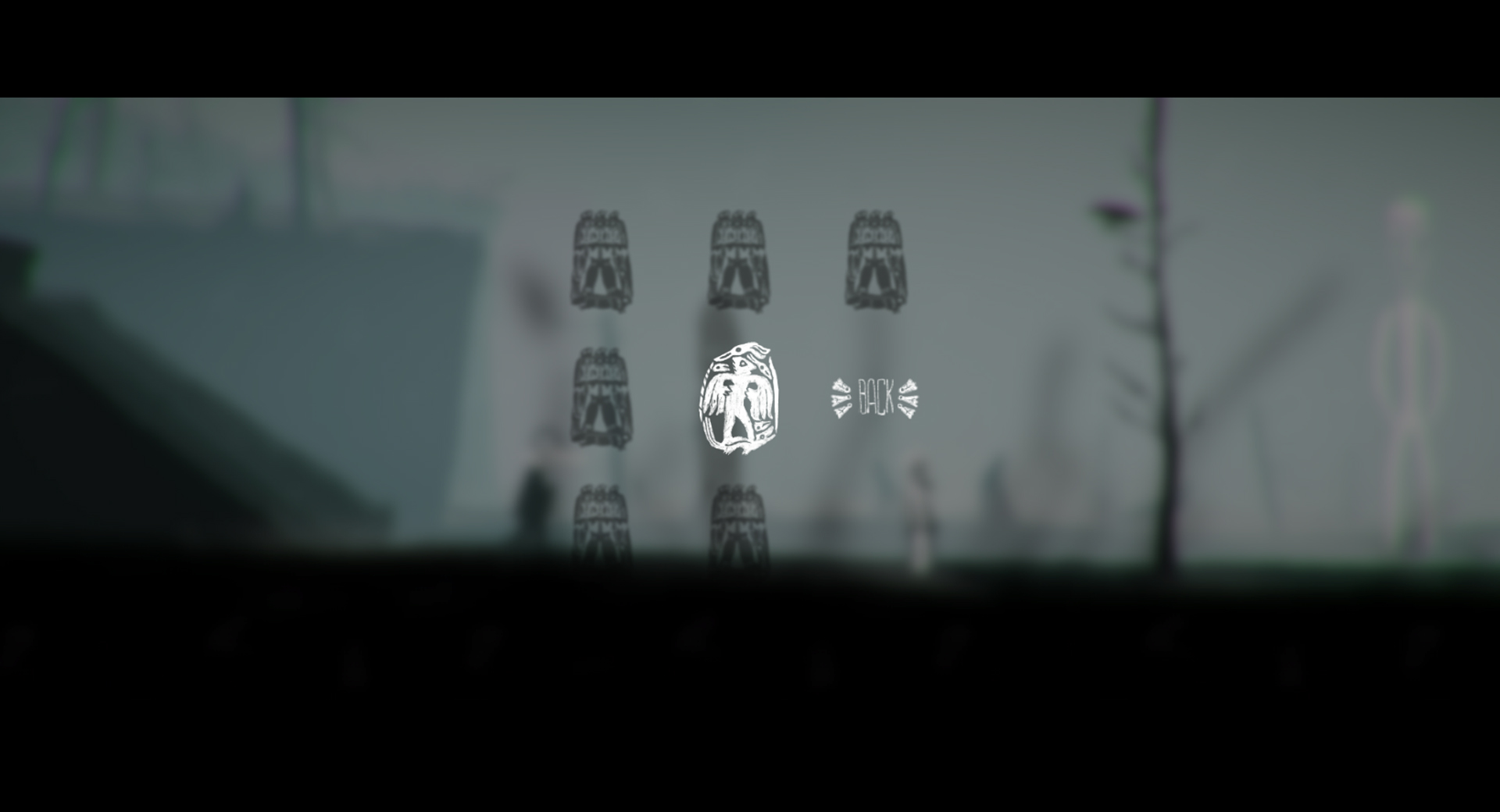 And there in the menu Collectibles are - guess what - collectibles! One of them is the just found mooseman artefact. 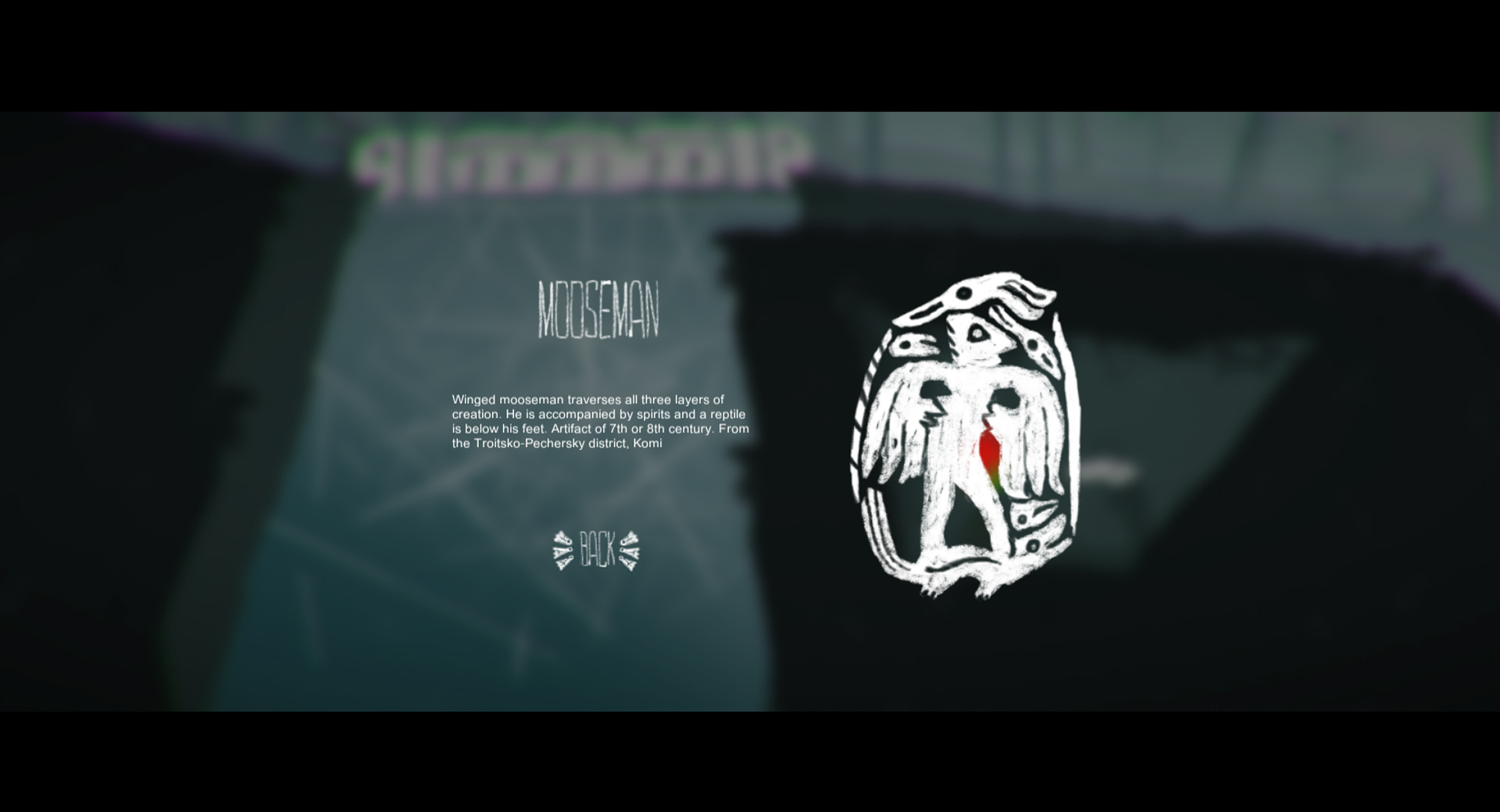 And when you click on the artefact, you may read the myth or story about it. And we have easter eggs in the game as well, but more about them later.

So thats it for now, thanks for reading!