Monorails are almost finished, loading and in game performance improved and a bunch of other goodies!

0.31 will be live tomorrow. This version will add in the monorail trains, a bunch of new monorail track pieces and fix a bunch of performance issues and slow loading times. 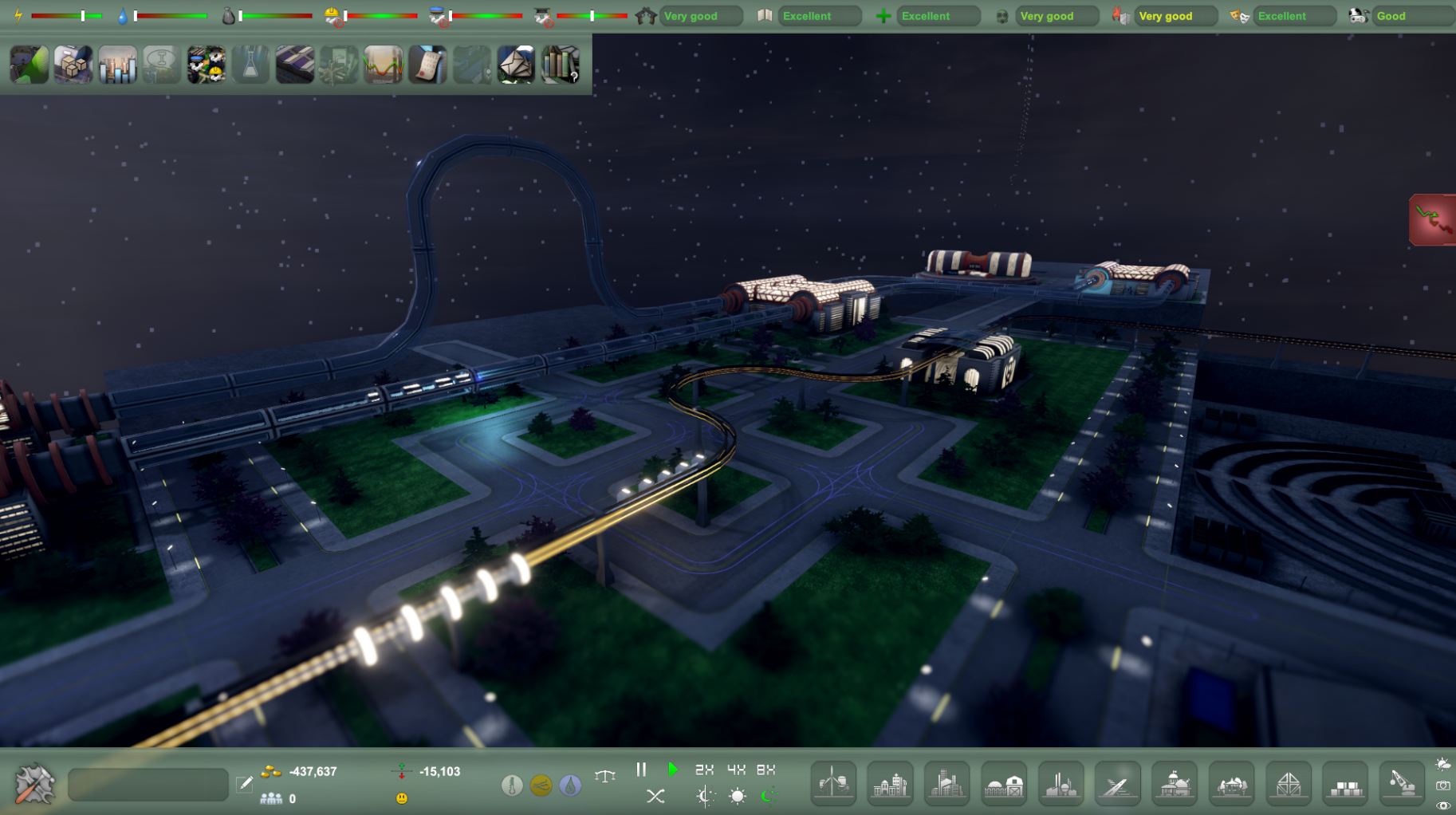 In adding the monotrails, I've had to rework how vactracks work - since they share systems. Part of this work has been to fix slow connection calculations, trains sometimes occupying the same track and imprecise movement. Part of this work can now be ported over to roads and cars to start making traffic movement nicer looking. This will be done after trams have been added in (version 0.32). 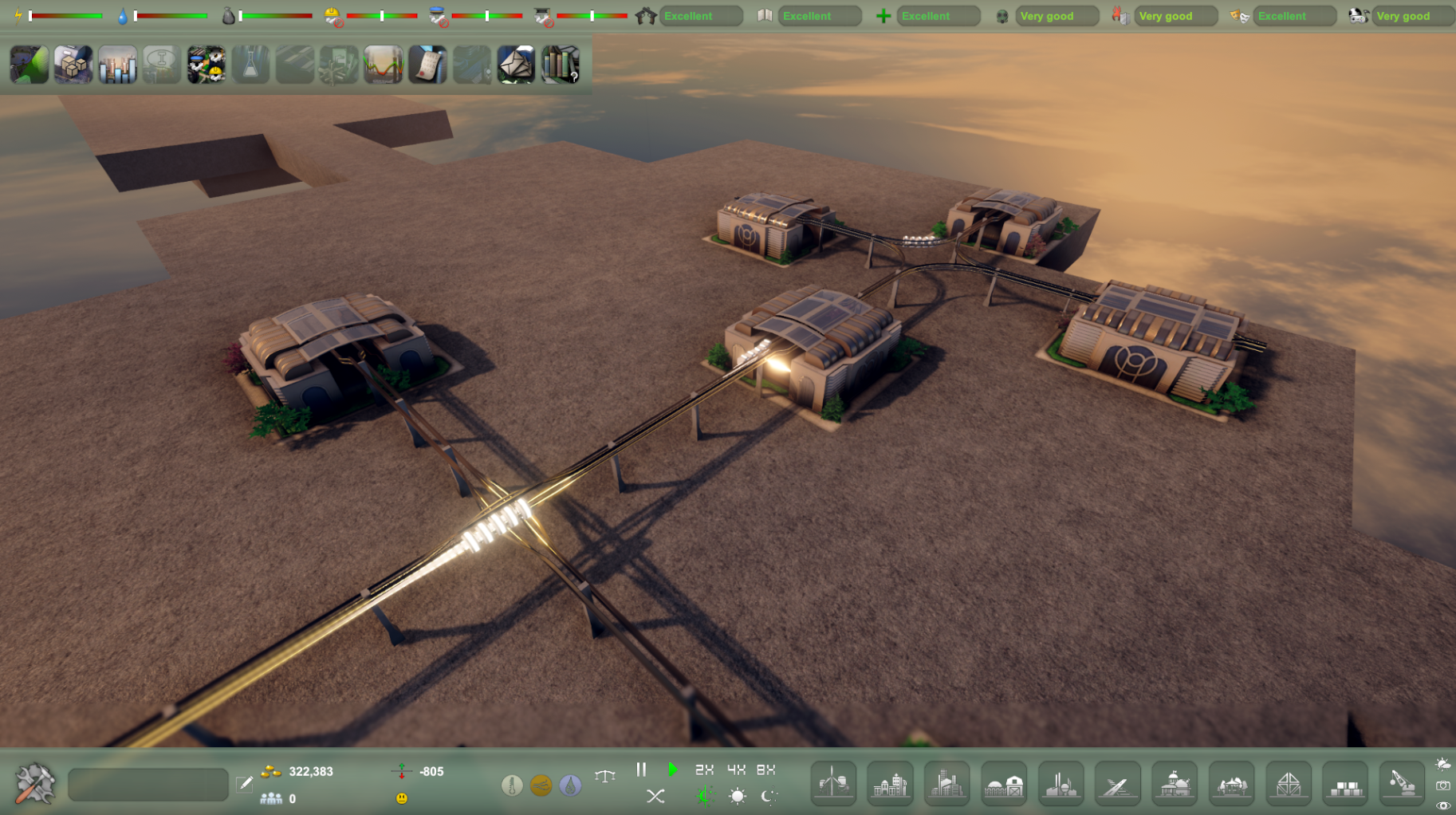 Monorails being more or less finished (obviously tweaks will be done), trams are the next step. Whereas monorails share systems with vactracks, trams will share the road system. This system has been incredibly slow to calculate what roads are connected and what road system belongs to which road network. In the test city (a huge city with lots of roads), the process of checking road connections when loading the city took 68s. I've now managed to cut this down to about 3s. This is a huge performance improvement noticable both when loading cities and when playing the game, as things will connect together much faster now. Some of the techniques I used to improve performance have also been moved over to vactracks, making them faster to calculate too. 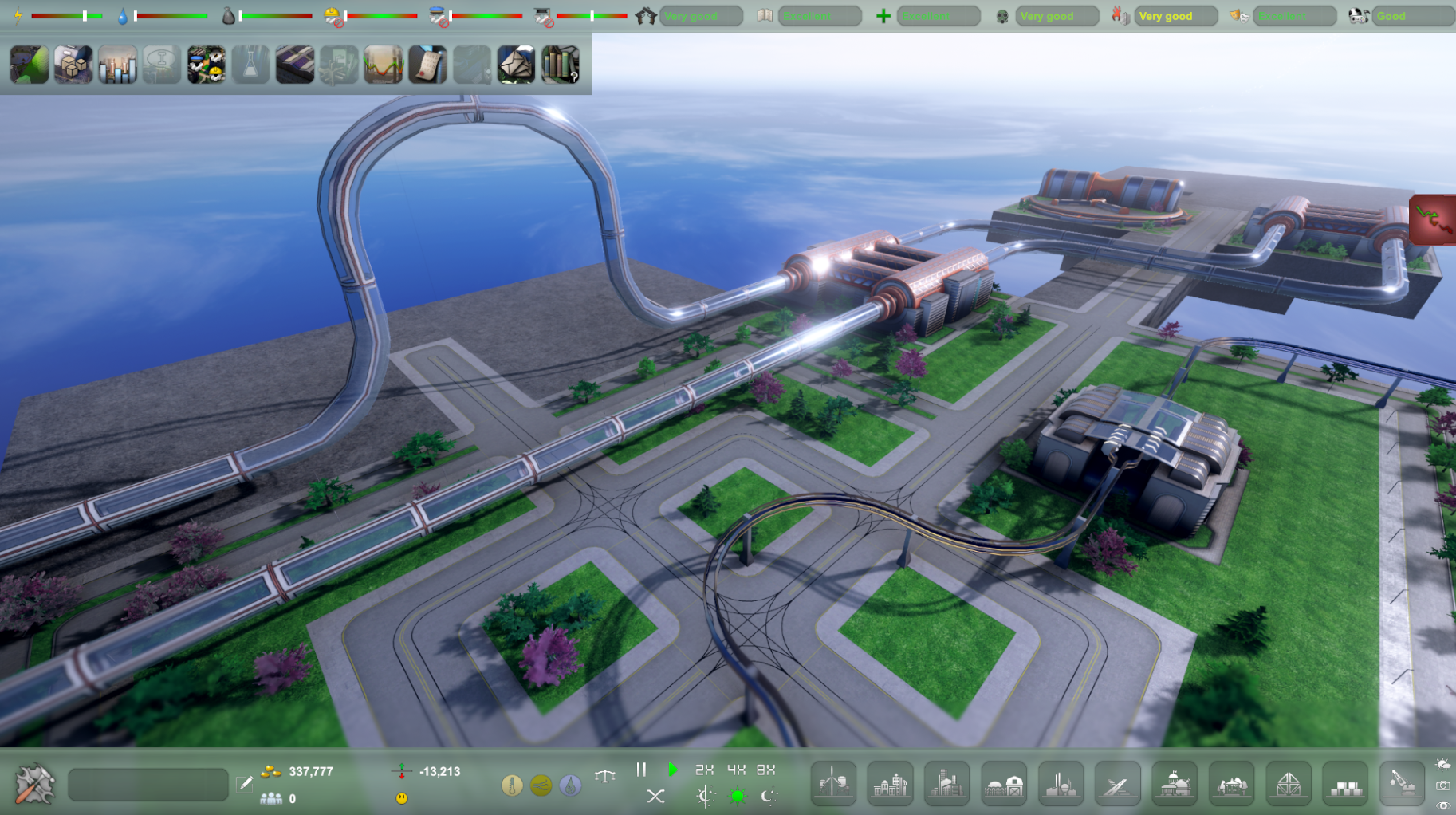 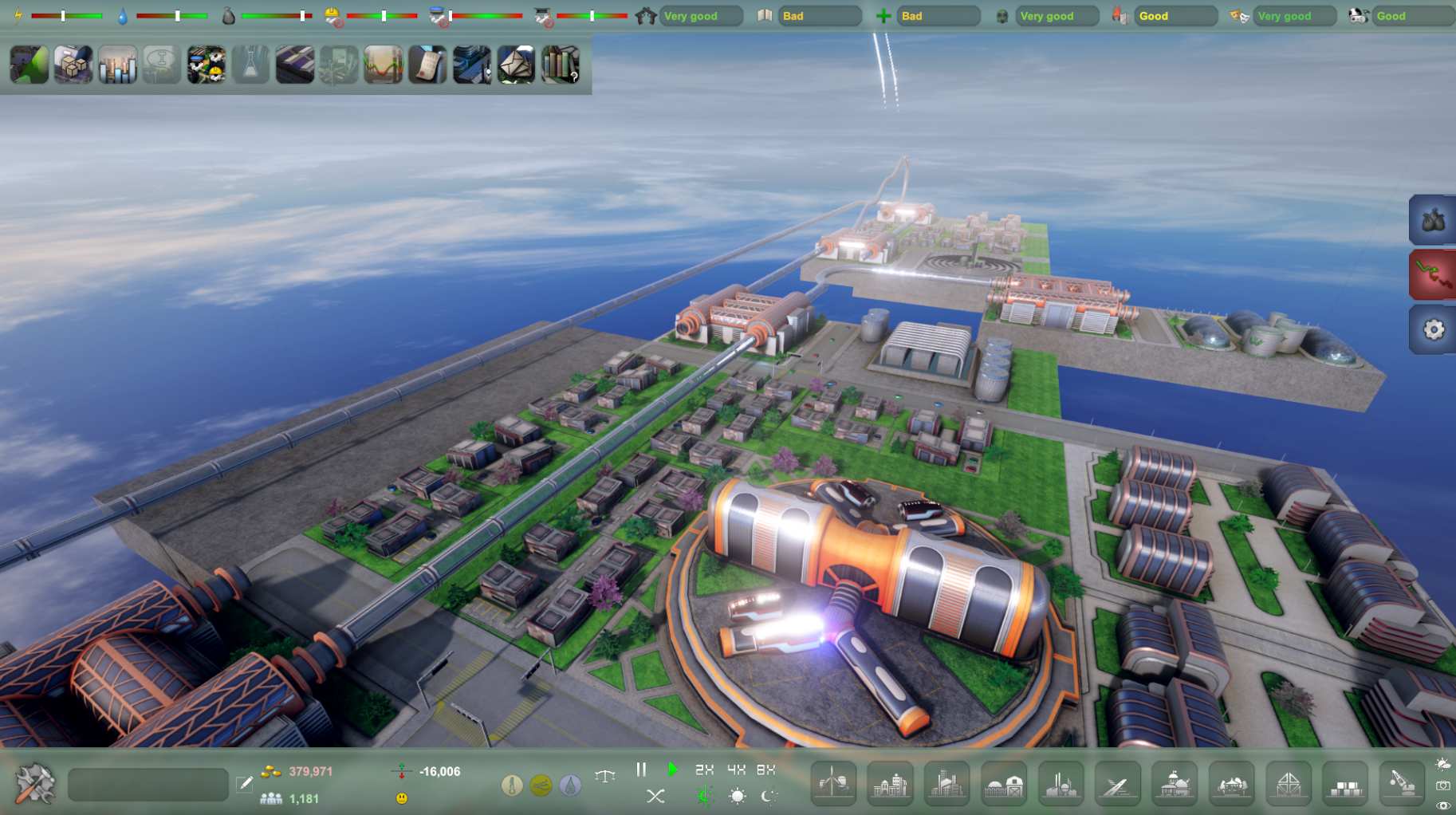 I'm hoping to get an additional free roam template added as well as some minor decorations. Aside from that, this update will mostly be performance focused. 0.32 on the other hand will add more features, this one is set to release a week after 0.31, on monday the 22nd. 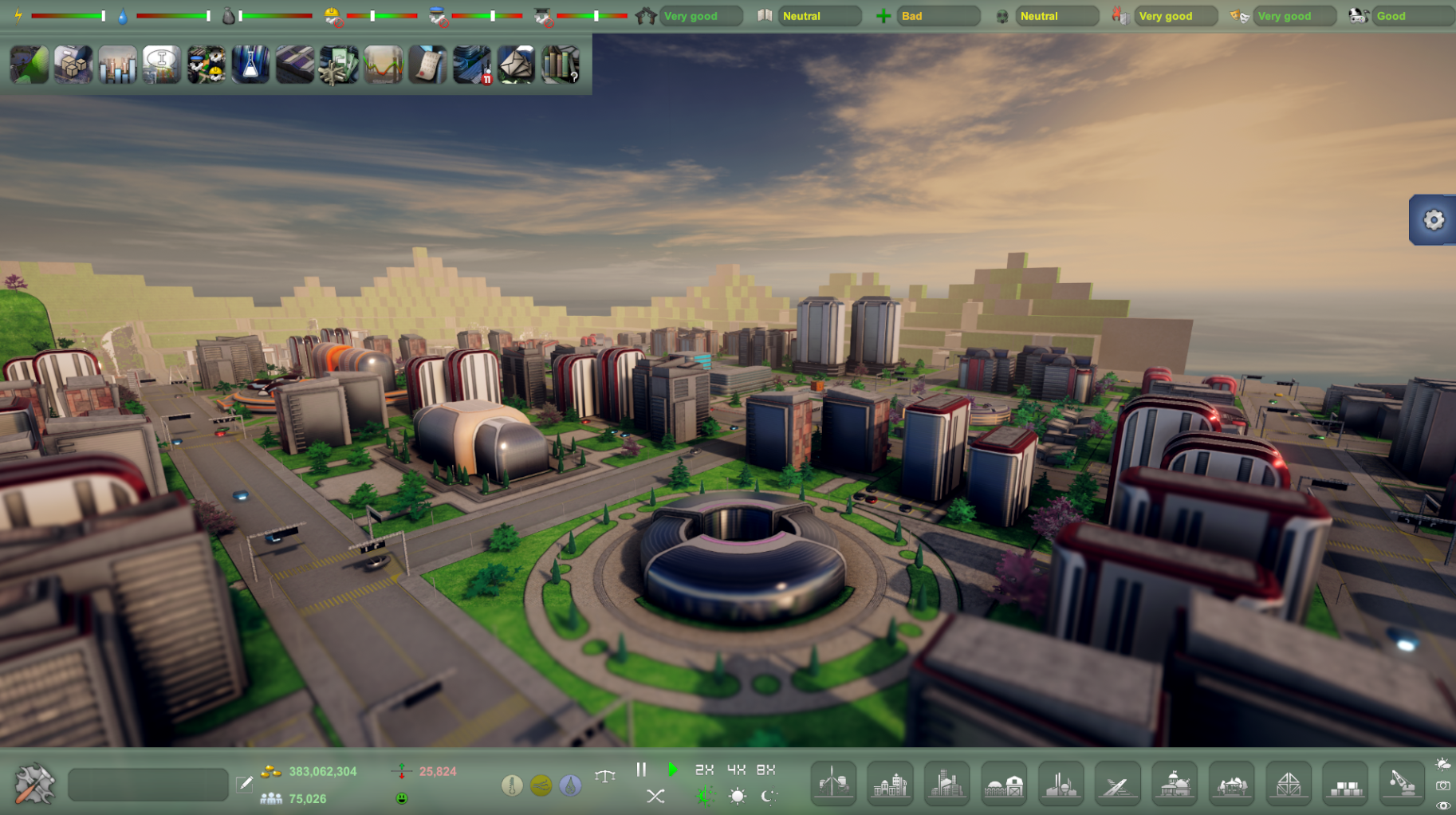