Scoring, Update Notes - A new Monday Update after some time. I finally managed to implement some kind of scoring system, but I'm still experimenting with different mechanics.

One of the most important things in a shoot'em up is scoring. I'm still figuring out how to handle it as best as possible, but I've already set up some mechanics. The score is basically modified by the Difficulty and the Game Mode:

and you generate score on two ways: by doing damage and collecting items. 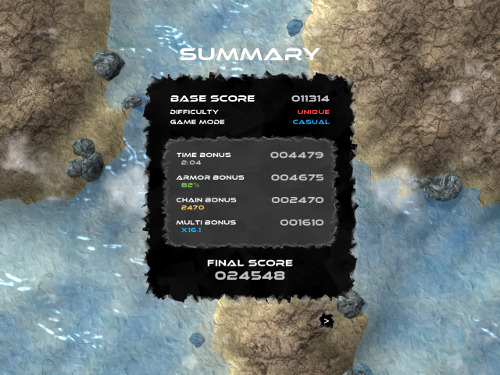 By doing damage you create a chain. As long as you are able to hit an enemy/do damage you gather score until you miss for too long (currently 1 sec). The value is then multiplied by the current modifier and added to your score pool. 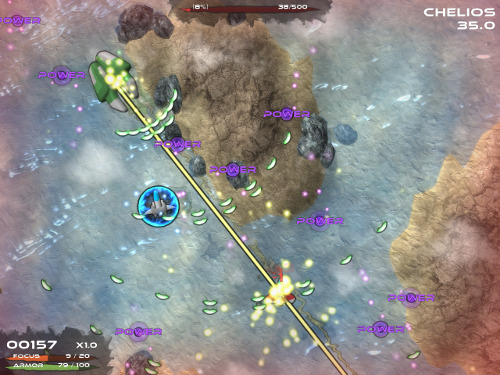 The second way to get score is to collect items. Currently there are only the power-items dropped by the boss. Those items increase your damage permanently and give you points based on your current modifier. 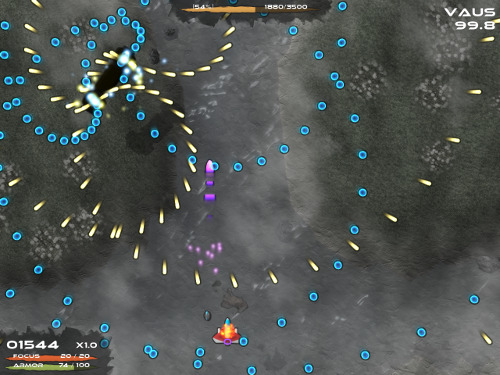 At the end you get bonus points accordingly to your play style for:

On of the problems is, that with no damage taken you have a maximum armor and multi bonus. This can maybe counteracted by slowly reducing the modifier while not in a chain.

Because it's possible with the engine I will try to create a Linux build for the next update. I also have plans for user-created boss-scripting, but this will take some time.