Mogu gets a smaller update this week, mostly including polishing to prepare for today's release. Instead, we focused primarily on preparing the itch.io page where our game will be hosted and other material outside of the game itself. Some of the aesthetic changes that we considered last week also made it in, including more background art and menu art.

The other main change to the game itself was to the difficulty curve and level presentation. We have trimmed down the first two worlds to ten puzzles each, and moved some of the more difficult puzzles to the third world as a sort of bonus challenge. 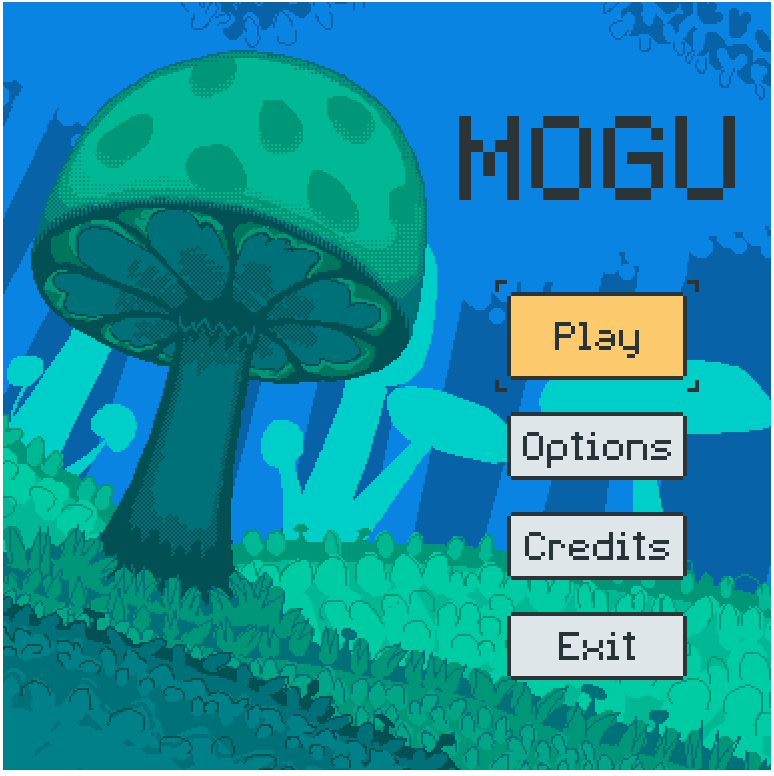