Posted by CorrectureGames on Aug 2nd, 2020

It's been a year since the game went into early access! It's been a long and challening but fun journey thus far. Although many things remain, there have been many additions to the game since. Water blocks, odd roads, monorails, trams, more than 200 new buildings and a lot more.

The game is now at version 0.35 which features:

- Modern museum building added.
- S ramp added for roads.
- Population condition to grow new densities of zones increased.
- Day/night can now be set using a slider.
- New fountain decoration added.
- Added alternate monorail t-piece to allow for a different rotation. This is more of a temporary fix, due to some restrictions on rotations for vactracks and monorails. A proper solution will be added later on.
- Snow and dust added to retro mode levels snow earth and ruined earth.
- Fireworks added to stadium (trigger randomly) and city hall (trigger every fourth night).
- Building manager script is removed when demolishing buildings so that buildings, when growing or being demolished, are not accidentally saved (causes double spawns on the same location when loading).
- Flat blocks are now merged into a regular 1/8 block when stacked. Existing stacked blocks are not affected by this.
- Happiness formula tweaked.

- Happiness calculation bug fixed. This meant health and education provided way too much happiness.
- Fixed a few special cases where roads would appear as if they connect to a ramp via the side.
- Fixed roads incorrectly connecting from a regular block to a road on a flat block.
- Fixed roads not spawning streetlights (this was due to restricting roads sometimes respawning when new buildings were placed).
- Fixed not being able to build zones near straight monorails, even though placing the monorail after placing the zone would work. (inconsistent collision detection)
- Fixed destruction hologram for lots.
- Fixed materials for some 1x1 and 2x2 residences where normal map was not correctly offset.
- Fixed shadows on water shader for waterprops on buildings.

There's now a modern museum that will help boost culture in cities: 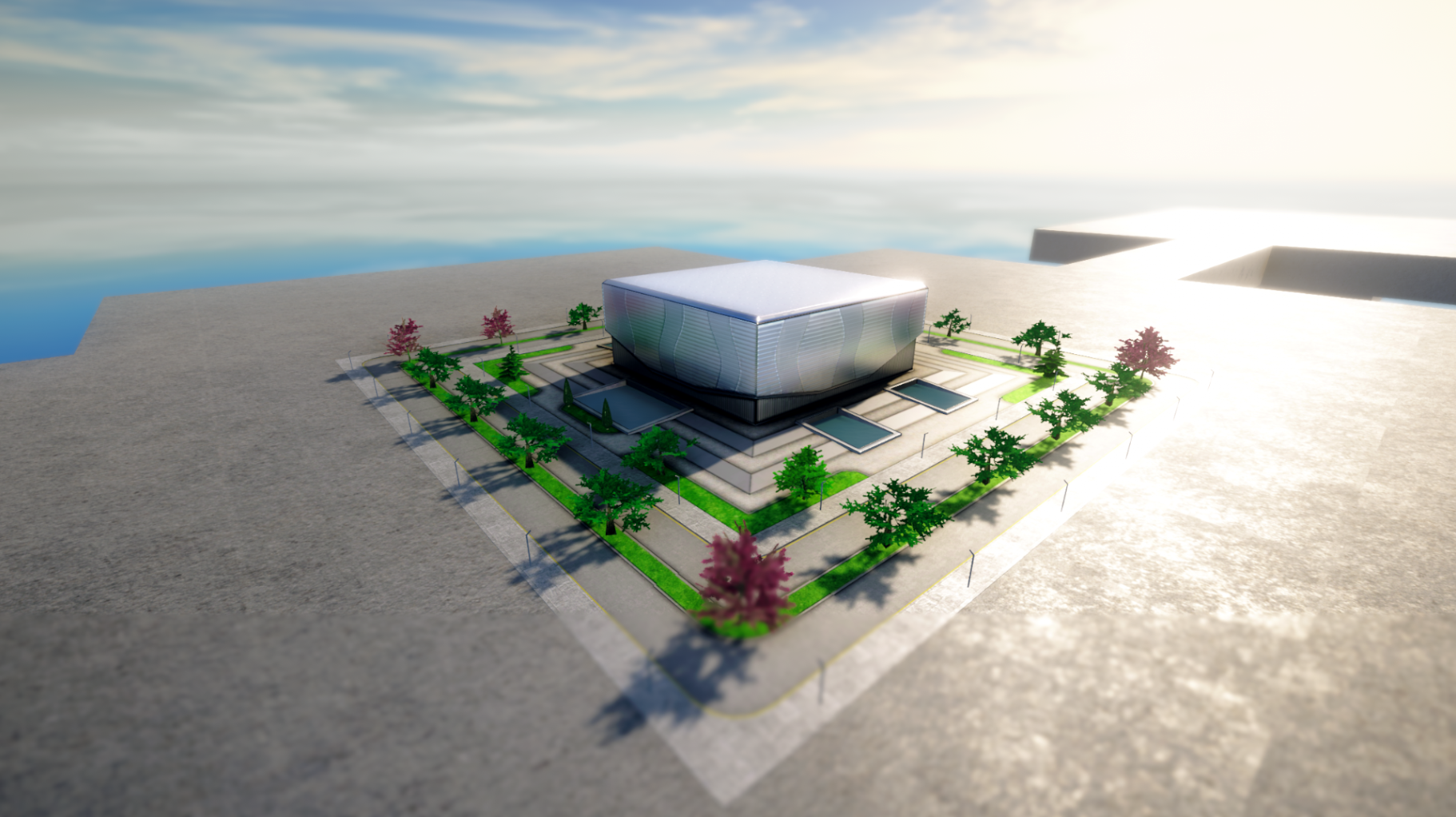 Culture has been a bit difficult to increase without plopping operas all over the place - the modern museum should hopefully help increase variation. Culture will be easier to manage once ideological buildings are added (many of which will increase culture). 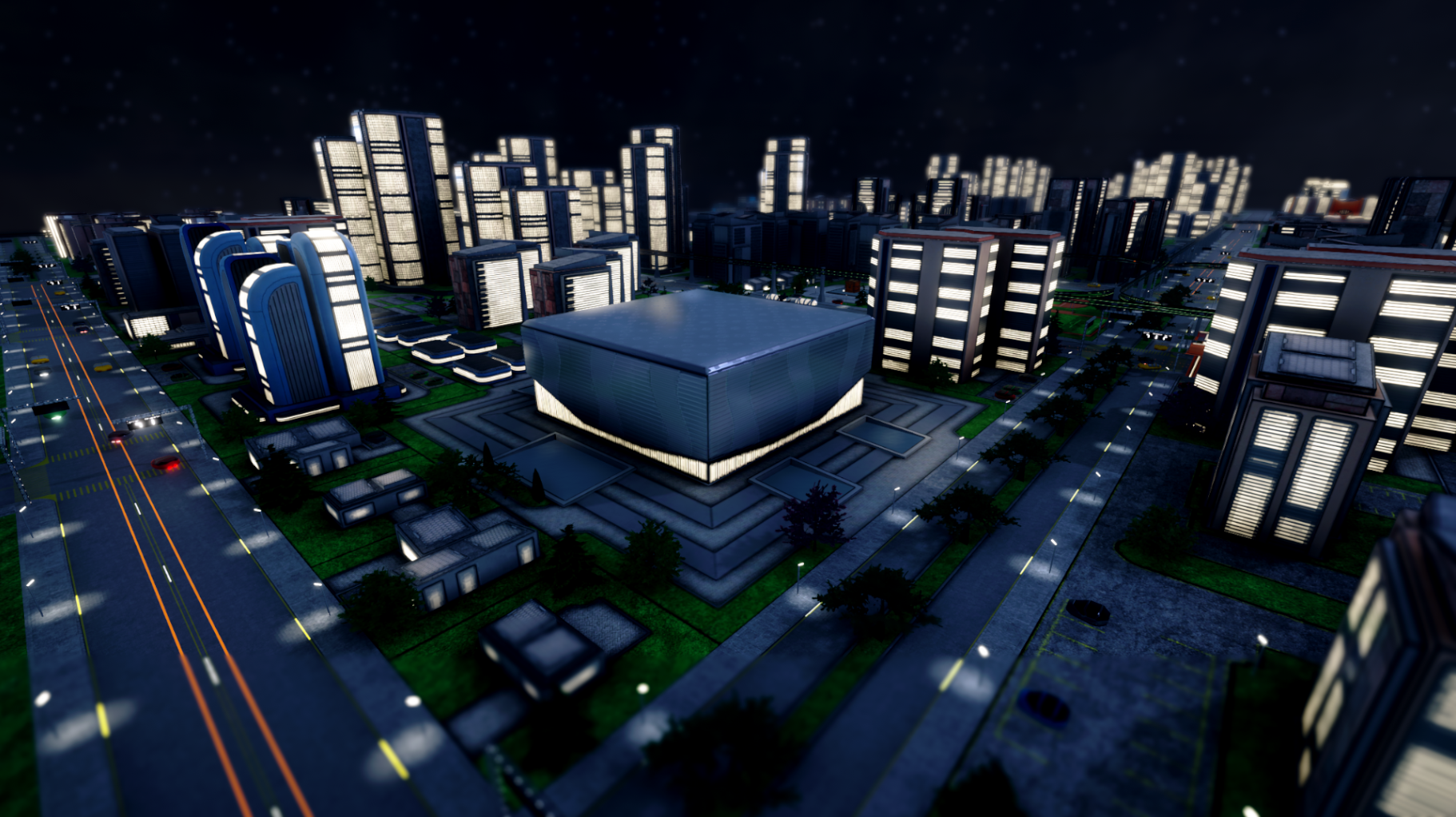 I've also added some minor details like snow and dust trails in the retro mode levels and some fireworks that trigger in the outdoor stadium and city hall. 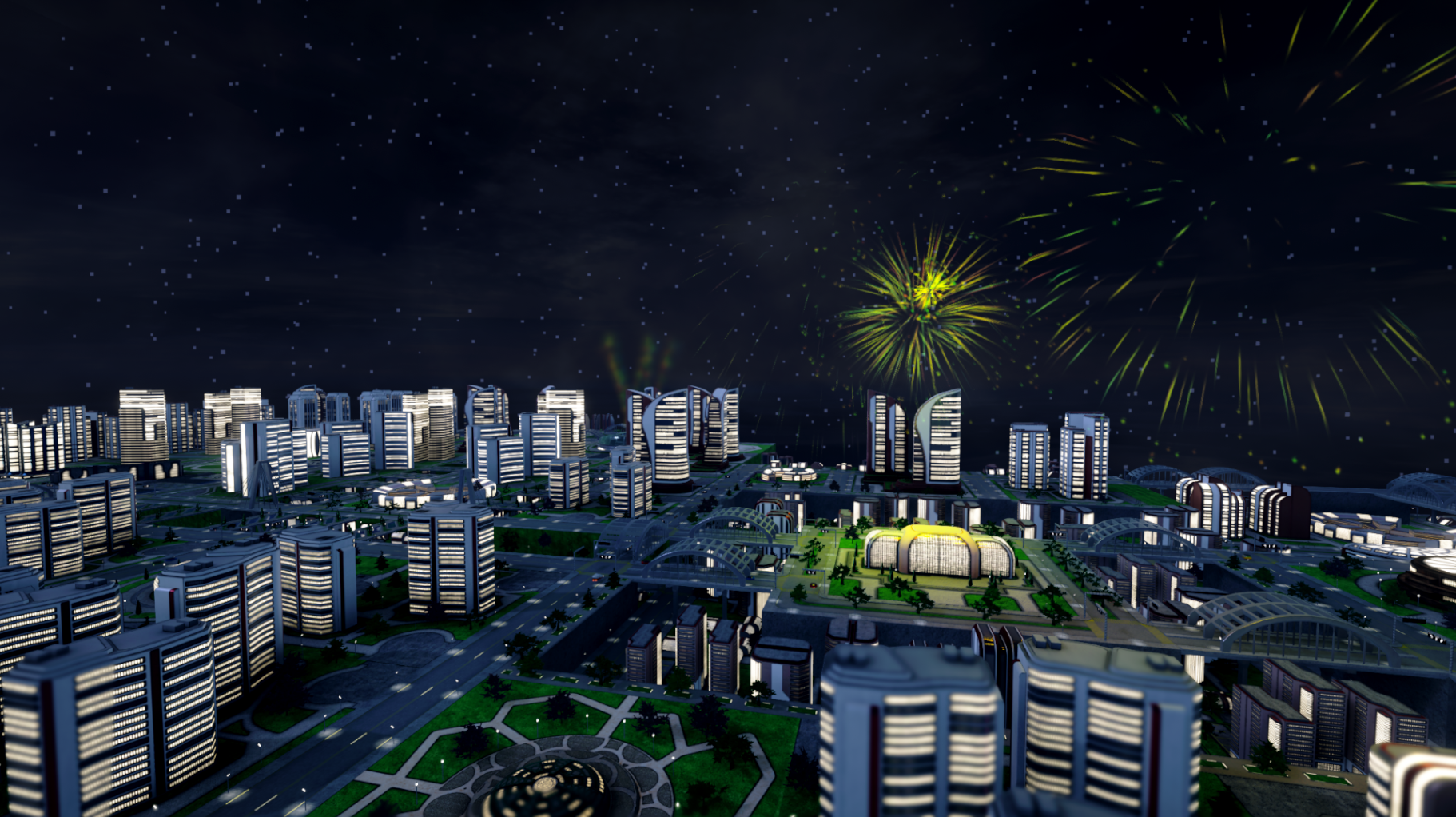 There was a bug related to the new flat blocks and roads, where roads would sometimes thing there was a neighboring tile although that tile was on a different height on a flat block. This has now been fixed. Likewise, sometimes roads would try to connect to the onramp or the twisted road. This too has been fixed. 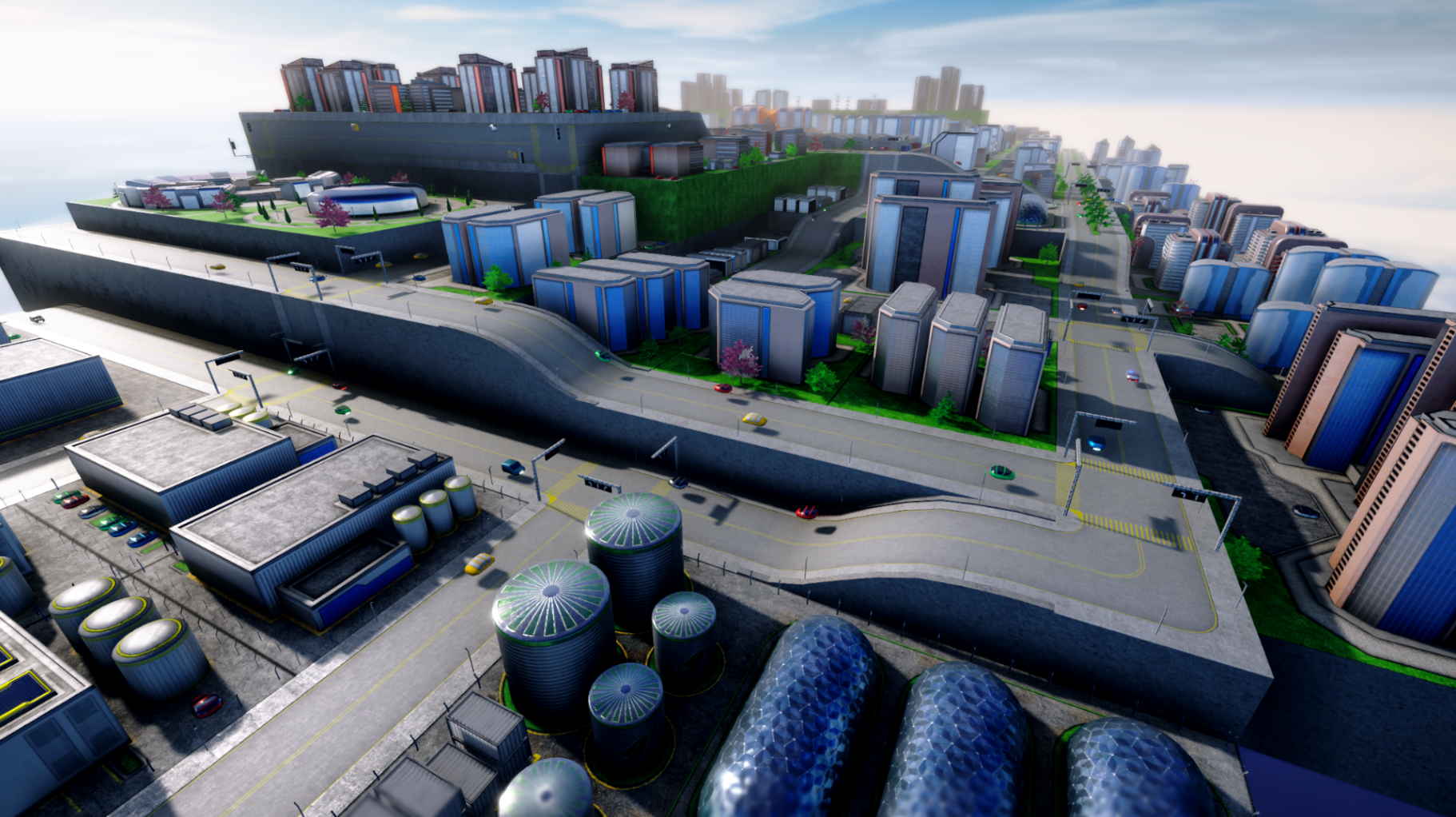 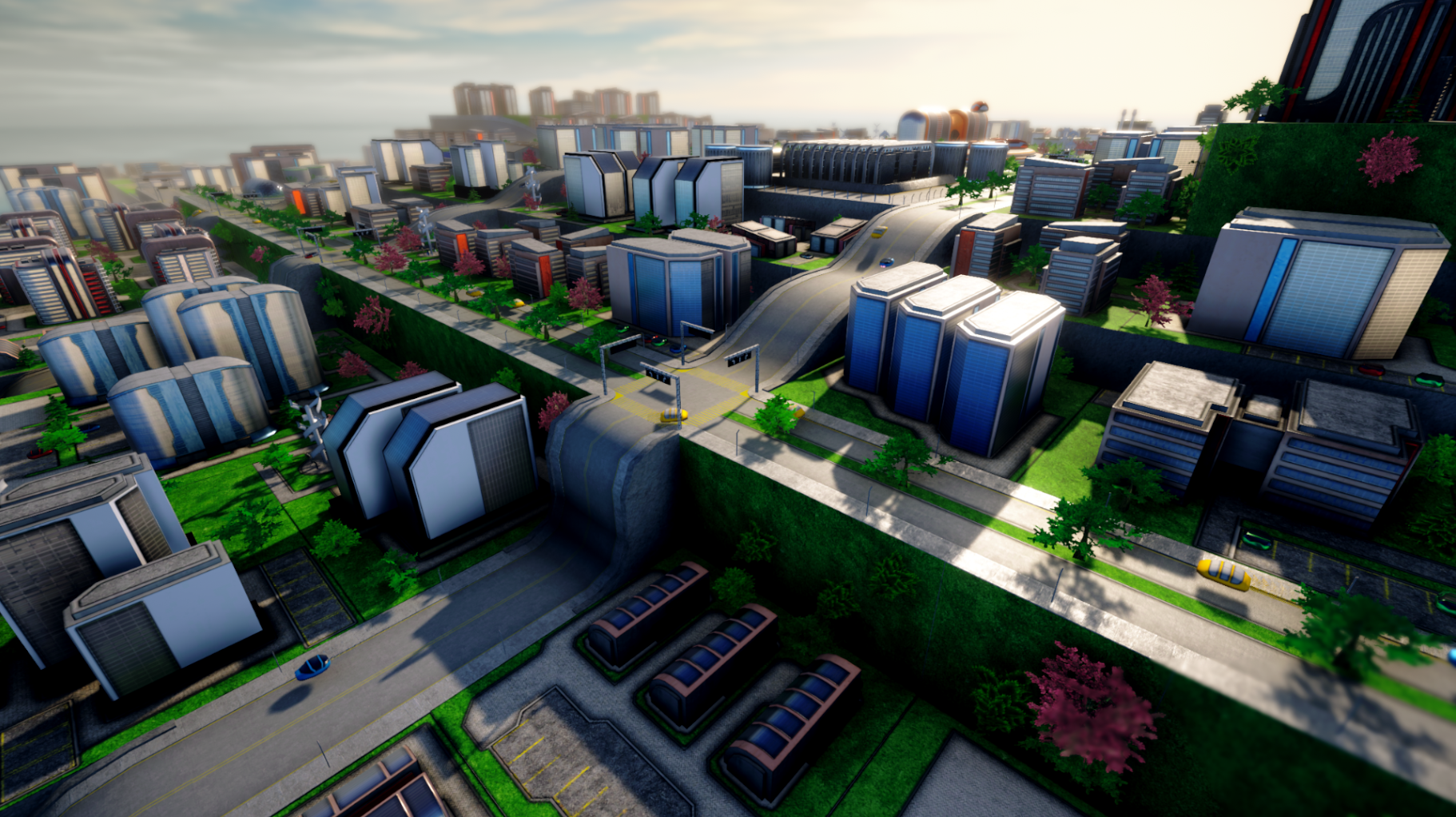 Overall, this is a rather small update coming directly after 0.34 last weekend. I'm hoping to keep up this pace with smaller, but more frequent updates, for a while to finish up some of the smaller items on the roadmap such as buildings and details. I will try to work on systems stuff in the background, such as disasters and the ideology system.