MMA Simulator has its biggest update of the year with brand new fighter art along with some large mechanic changes and screen improvements! Also as of writing, is on sale for 30% off.

Hope you're doing okay through this pandemic the world is going through right now. (Never thought I'd say that in an update.)

MMA Simulator is also 30% off at the time of this post.

To sim forward in time, there is only one button now instead of the previous three (day, week, month) - once pressed it will automatically sim 1 day each second. There's two reasons for this:

The only downside I can see to this method is getting to the next event - maybe you don't need to watch your fighter skills changing for a while.

If that's the case, you can go to the event preview screen and click 'Sim to Event' to simulate each day up to the event.

It's been a while since anyone has mentioned it, but when the game was released the fighter art was often regarded in a not so positive light. I didn't disagree, some of the 3D models looked like they'd cooked too long in the microwave.

I hired an artist to replace all of the portraits with more stylized fighters. I really like the new look, and it gives the game a unique style that works way better than trying to look realistic like before.

If you simulate days while in the training screen, skills will now turn green briefly as they raise. Injuries will show up in red both here and on the fighter profile screen. 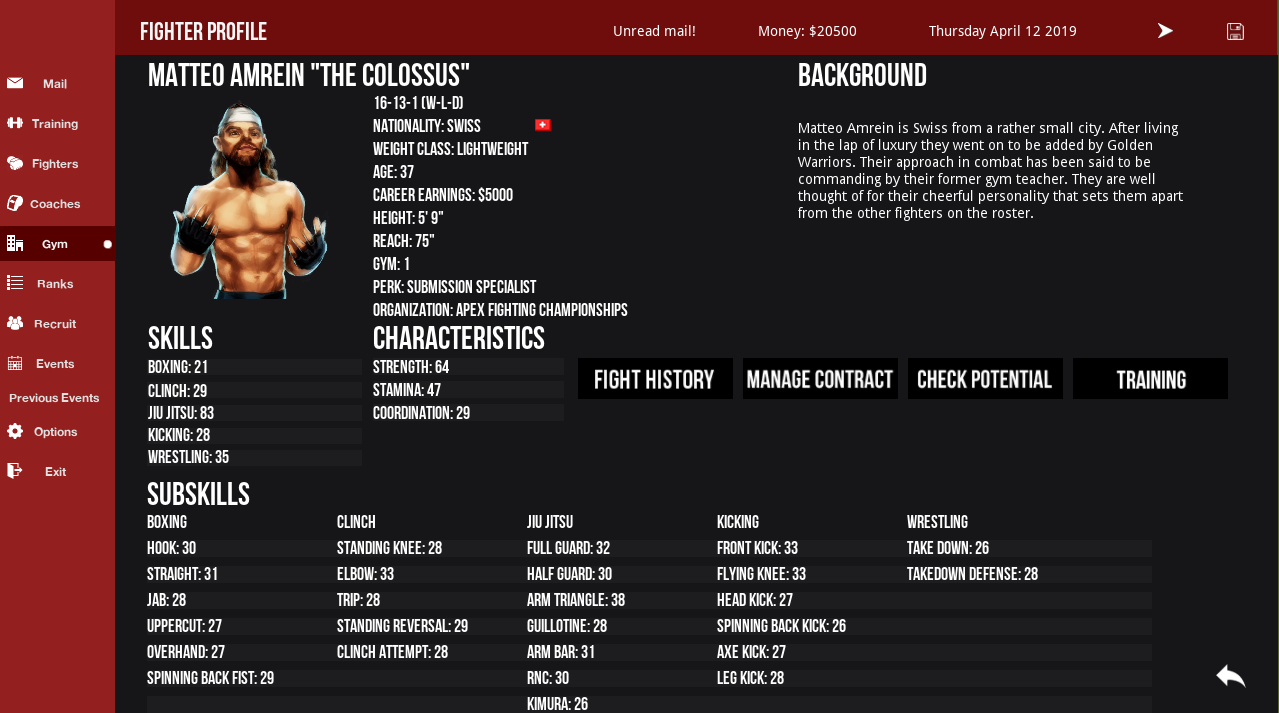 The fighter profile screen has had some minor improvements. I will probably revamp this screen entirely in the future, but for now it's a start.

There's now a training button here to take you directly to the training schedule for the fighter you are currently viewing.

The mail screen has been completely revamped - it still functions the exact same, but looks much better than when I originally created it. 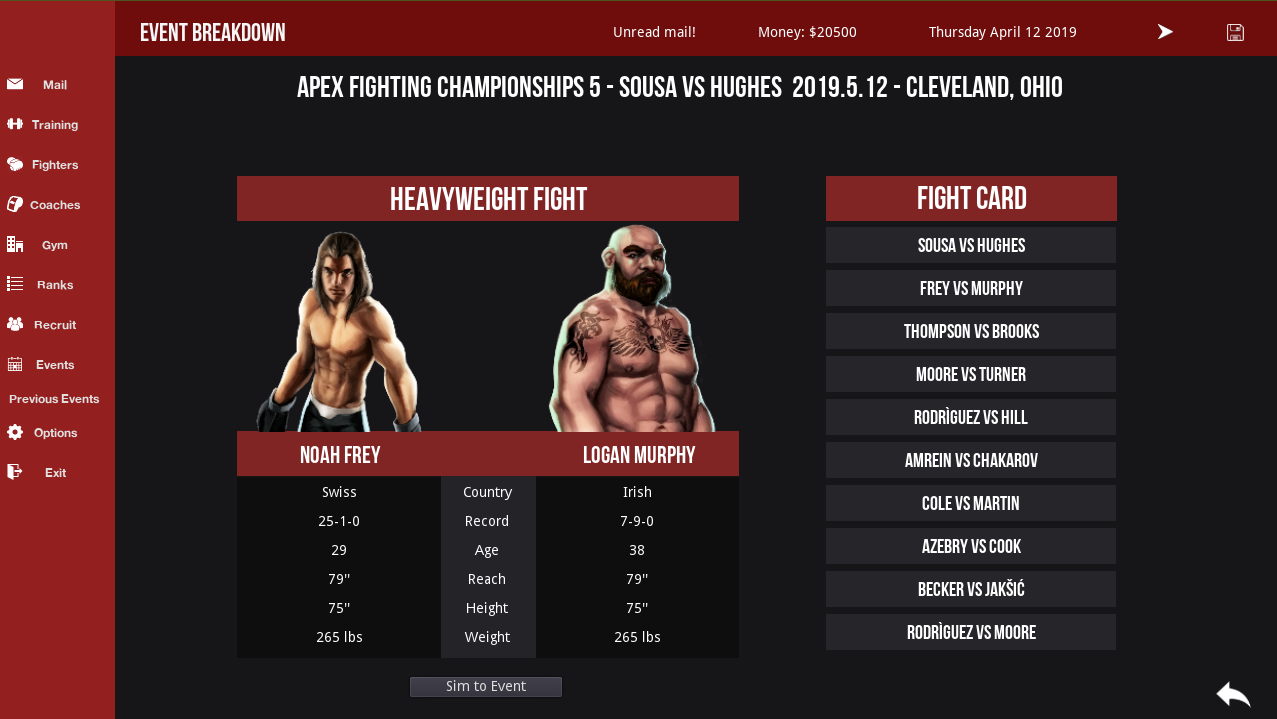 Not a total revamp, but similar to the mail screen I replaced some outdated elements I relied on when it was made.

Fatigue now reduces while a fighter is injured.

My next priority is improving the fighter database - adding retirement for fighters along with new ones coming up through the ranks. As always I'll be improving the playability where I can too.

Any feedback is greatly appreciated and helps me out a lot. Right now aside from the Steam forums, there is a subreddit you can post to at Reddit.com