Let us tell you about how does playing Minotaur feel like (spoiler alert: it feels good).

Posted by TheUniverseOfSeven on Jul 1st, 2016

You might have already heard that Minotaur is, in part, a visual novel.

By all means, no, it isn't. We love purebred VNs, but we also wanted to make the game more interesting to a broader audience. So we decided to pump up the adventure/exploration part, while keeping all the best from visual novel genre (you know, plot and dialogues and stuff).

2,5D backgrounds pose certain limitations on how players can interact with the world, so to keep you immersed we had to get creative.

First of all, we decided to make UI as unobtrusive as possible. This was achieved, in part, by making cursor content-aware: 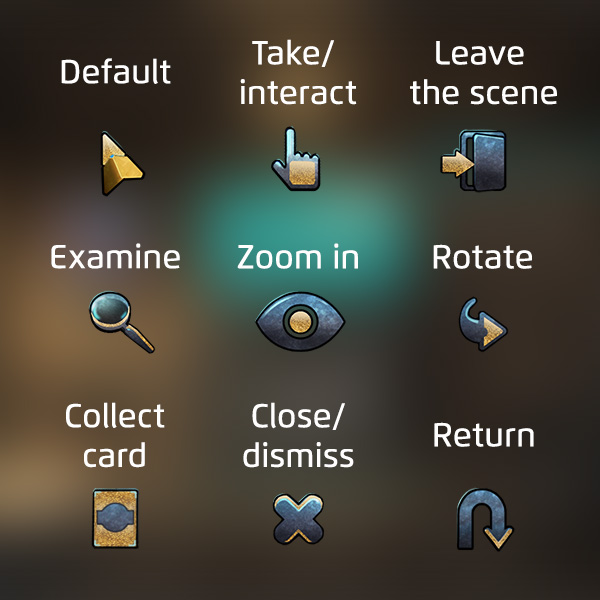 With just one cursor to rule them all, you can interact with your environment in various ways, and it's all very intuitive. But make no mistake: Minotaur is not just point-and-click. You can, for example, manipulate objects by using drag and drop mechanic:

You can also directly interact with objects (like painting with that gun from GIF above), combine several items to make one (we think 50 levels of crafting), and even, at some point and if certain conditions are met, change layout of the building.

Another major mechanic is a job skill. Since Minotaur is set in The Universe of Seven, every character except Thea, who is underage, was assigned a job according to U7 rulebook, and every job has a skill, which can be activated anytime once it's acquired. For Nod, whose job is an outfitter, such skill is Axis vision, which allows him to see Axis currents in his surroundings:

Each of five playable characters has their own job skill, and they add greatly to the variety of the puzzles.

Which is important, because we're doing our best to make puzzles as varied as possible. No matter how good the atmosphere is, gameplay repetition ruins it, and we want you to stay hooked until you complete the game (preferably even get all endings). 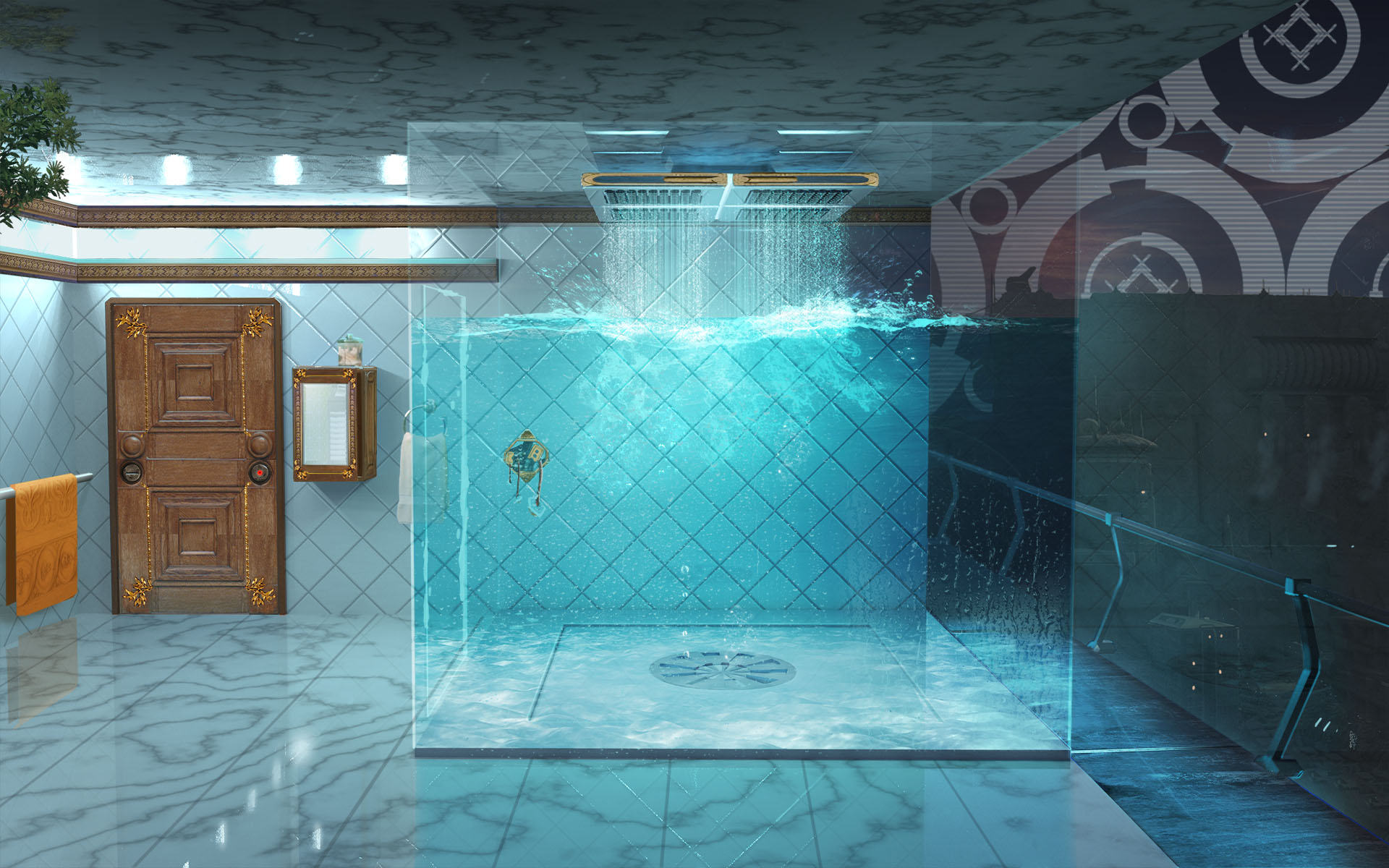 One of the central puzzles of first chapter is a race against time.

Of course, the visual novel part of Minotaur has its own gameplay features. Those come with the genre... There are five different routes, you can raise flags here and there, and, of course, make choices in dialogues.

But yes, we'll talk about that VN-part some other time.

it need some improvement

It seems to be a good game. Your idea to add some mini-games and a bit of exploration is good enough too in my opinion.