In essence, the MK. 2 Combat Frame is based on the existing MK. 2, an engineering mech, but the

The Mk.2 Combat Frame has all the attributes of the Mk.2 Engineering Frame but is fully equipped for war, armed with a range of ballistic weaponry and advanced combat systems. 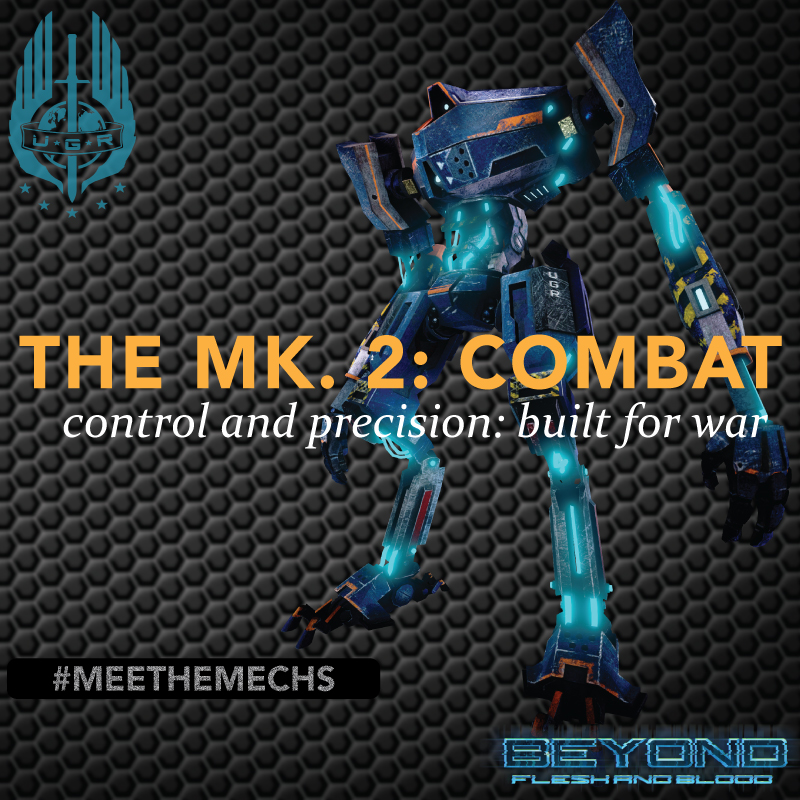 *Information: Single fire missile system up to a maximum of four, or guided system that fires all four missiles at a locked target.

*Information: Detection system highlights all enemies within a set range and highlights them for a set amount of time. Enemies highlighted through objects.

YOU CAN MEET ALL THE MECHS FROM BEYOND FLESH AND BLOOD HERE, ON OUR WEBSITE: B-fb.net