Showing off some ships and stations of the Ageiran Federation, one of the 4 major nations.

Meet The Factions
The next few news articles will be showing you the various factions and some of their hardware. In-game, each race has distinct art, weapons, ships, and economies. First on our list is the Ageiran Federation, which controls approximately 20% of the sector. They are kind of dull, considering they are my yardstick faction, but they have a very capable fleet and provide plenty of trading opportunities. 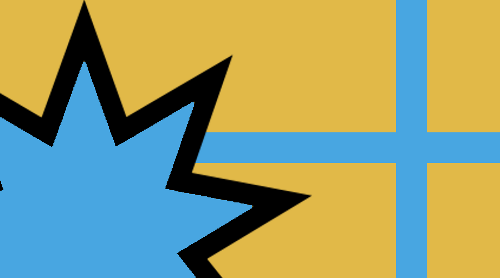 The Ageiran Federation formed after the collapse of a much larger nation call the Union Commonwealth. After declaring war on the Cainans, and finding themselves challenged by the ITC who chose to protect the Cainans, revolutions occurred that destroyed the Union and formed 2 new nations: The Ageiran and Orin Federations. Today, both federations are close allies due to their common heritage. Unfortunately, this alliance is leading to an even larger war as tensions rise.

Fighters
The Ageiran fighters are middle of the road, and are a good stick to measure everyone else by. They have mainstream shields, engines, fuel bays, sensors, cargo bays, and weapons. Although boring, this well rounded fleet makes them quite adaptable by avoiding hyperspecialization.

From left to right.

Transport
The Ageirans have possibly the most boring transport in the game: The Emu. 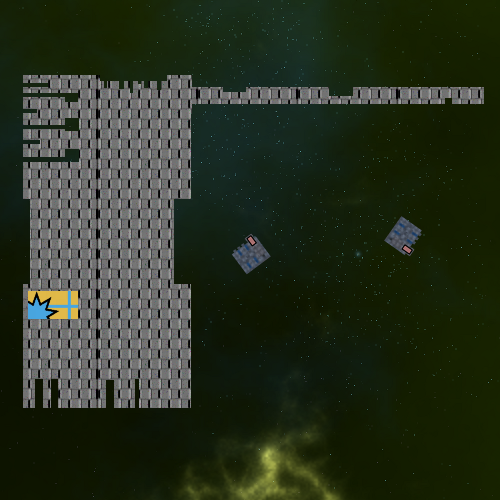 The Emu isn't a bad ship, obviously, but there really isn't much to say about it. It's capable of hauling large quantities of wares at a reasonable pace, making it an excellent first trading ship. You can see 2 Emus flying near an Ageiran Fabricator, a space station which makes high tech goods such as Alloy Bars and FPGAs for use in ship and weapon construction. The LFL corporation uses the Emu as a universe-wide trader after equipping it with a jumpdrive.

Battleship
The Condor is a very capable warship that shines at close to medium range. It is normally equipped with an array of Plasma Packet Generators which do extreme damage to slow moving targets such as installations and other capital ships. 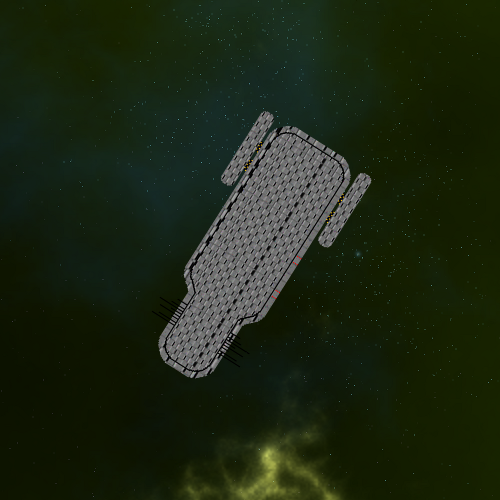 The Condor is used exclusively by the Ageiran Navy, but obviously you can buy it once you get enough money.

Weapons
The biggest advantage of the Ageirans is that none of their weapons use any ammunition, meaning they never have to rearm. Their weapons are medium range with average damage output. Personally I think their ships make great set and forget patrol craft, since you won't need to micro manage them.

Stability
The Ageiran Federation is stable, although being allies to the Orin is drawing them into a shooting war with the ITC and Caina Conglemerate. Unfortunately, the Ageirans have a local pirate faction called 'The Archers' who regularly make raids on traders and patrols.

Comments
That's the most boring nation out of the way! I hope you like the art style, as you will see I tried to give each nation a distinct art style. If you don't like it you'll probably like on of the others! Please leave any ideas, questions, comments, or concerns!