Hello again everyone! Today we wanted to share some more in depth info about our Champions, from their unique abilities to their backstories.

So far we have two characters fully implemented, but the goal is to have four. We’re setting the game up in a way that it’s simple to implement new characters, so if we decide to continue the project the Champion roster can be expanded freely.

Each character will have a main weapon, a passive ability, 2 offensive Blessings, 2 passive Blessings and an ultimate ability. The images used for the Champions are still placeholders and will be changed in the future!

First up we have Saya! 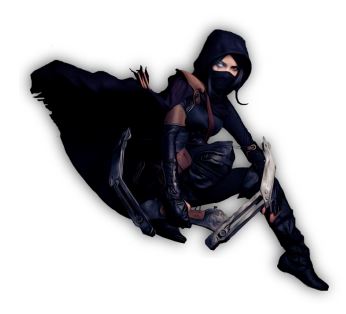 Saya is a ninja, and fits in the assassin class. She’s already implemented in the game!

She was born and raised on a parallel Earth, and has always been on the wrong side of the law. Having been trained to become a Kunoi-chi from a very young age, she becomes a fearless killing machine. One day while escaping from pursuers after what seemed like a

failed mission she stumbles upon a portal. Coming out on the other side she notices how everything’s different. She is trapped in the Tournament and must participate against her own will.

She fights with a bow and arrow as a main weapon:

Her passive ability allows her to climb walls freely:

She has two offensive Blessings: Charged Dash - charges a dash by pressing the key and deals enemies caught on the dash’s path:

And Create Specter - creates a smoky double of herself running forward and becomes invisible:

And finally an Ultimate Ability where she wields a katana and throws waves of energy: Energy Katana: 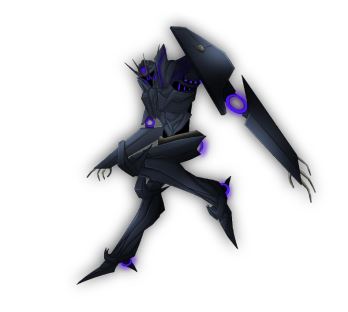 S.U.R.G.E. is a robot, and fits in the long range class. He’s also already implemented in the game!

Once used as a sniping bot, it gained a mind of its own during a battle. Understanding who he was and what was to be his end, he decided to go rogue and leave it all behind. His search for greater opponents led him to the Tournament, where he will prove to his former masters that he has outgrown his base programming. His name reverts to his initial rebellion: Sniping Utility Rogue.

S.U.R.G.E.’s head turns into a sniper, and that’s his main weapon:

He has two mini-shotguns in his arms that are both secondary weapons and his passive ability:

He has two passive Blessings: Kinetic trap - places down traps that catch enemies and reveal their locations:

And Tactical Repositioning - the player can teleport to another location :

And finally an Ultimate ability that increases all damage dealt for a short time: System Overload:

Next up we have Nanouk! 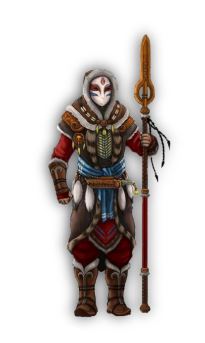 Nanouk is an eskimo, and fits in the healer class. He’s yet to be implemented.

Being the weakest among his peers, Nanouk is looked down upon and forced to help the older members on healing rituals, while he truly wishes to go on big hunts for predators. He decides the only way to prove his worth is to join the Tournament of the Galaxy and bring glory to his tribe.

He uses a Harpoon Launcher that he shoots as a main weapon:

His passive ability allows him to heal his team by hitting enemies, Healing Aura:

He has two offensive Blessings: Ice Harpoon - shoots icicle instead of normal harpoons and slows down enemies:

He also has two defensive Blessings: Healing Igloo - creates a igloo where the team can get healed:

And Fishing Hook - he throws a hook that propels him towards where he threw it:

And finally he has an Ultimate ability that releases several spirit balls that deal damage to enemies and heal teammates: Ancient Auras:

Finally we have Titan! 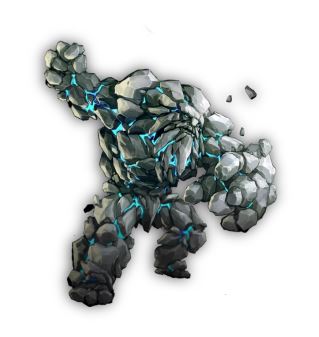 Titan is a magical creature, and fits in the tank class. He’s yet to be implemented.

Titan’s a creature from a world where fantasy and magic still linger, and exist to protect all around him from those that seek to steal these powers. He is tasked with joining the Tournament and testing his limits, to show that while this is a peaceful planet, these people are not to be messed with.

He uses a Laser Beam that he shoots from his hand as a main weapon:

He has a truly passive ability that resets cooldown of the offensive ability when he eliminates and enemy - Get Excited:

He has two offensive Blessings: Shoulder Bash - he flies towards enemies and deals damage:

And Rebound Field - absorbs enemy projectiles and shoots them back in the form of rocks:

He also has two defensive Blessings: Hand Shield - allows him to create a shield in front of him :

And Stone Wall - creates a wall of rocks:

And finally he has an Ultimate ability that allows him to levitate and crash back down like a meteorite: Crushing Meteorite:

These are our Champions! Some abilities are still being tested, and the values might still be changed.

Sources for the reference images: