Post news RSS May the 4th be with you!

We've got lots of exciting things to show you/tell you about on Star Wars Day!

NEWS FLASH: Our very own website has now been launched! www.swbattlecry.com


May the 4th be with you fellow BattleCry fans!

We have some awesome stuff to show you guys today.

Before we get onto the juicy stuff though, I would like to take the time to say goodbye to long time 2D artist 411remnant and 3D artist Gertmanus - his stay was brief, but we wish him luck in his new job!

As always, we've managed to recruit some new members who will be creating some awesome things over the next few months:

Now, here's what you've all been waiting for, our beautiful screenshots!

3D modeller Sharkybg has been hard at work making the interior for our kick-ass Snowspeeder: 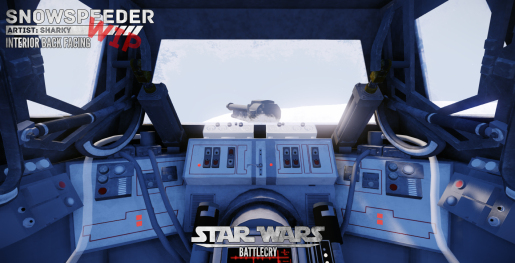 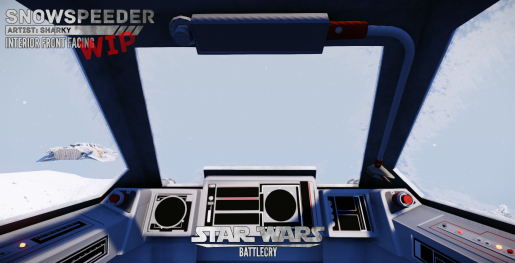 -
New 3D modeller Varegg made this amazing E-11 blaster in just a couple of days: 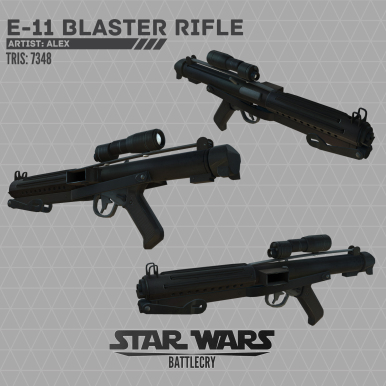 -
Last, but certainly not least, the master of 3D characters, Ande, has made the iconic Fleet Trooper, ready and primed for space action! 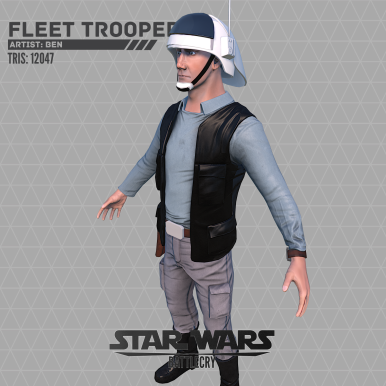 Sound artists Calum (tunednoise) and Altureus have been polishing up hundreds of voice overs (a HUGE task) and we'll do our best to get some of them out to you guys via moddb and our website.

Sharkybg has recently added new interior sections to Hoth which look awesome and will add an interesting gameplay element to the map. More on this later!

We hope you had/have a good day! The BattleCry team.

Keep up the awesome job!

can not wait to play the beat sometime in the next couple of years hopefully!

Great job on the site.

Although is it just me, or are the servers busy? :P

A lot of people from reddit are viewing it, that's why! :P

everything here has great detail and looks epic because of it :D, well-done to all those who where part of building these things they look amazing as always :D

also .. will this be Oculus-rift compatible? or do we have to wait for Cry-engine to integrate it? (is that how it works?)

That trooper looks insane, especially the jacket and helmet.

Just visited the official website: www..­swbattlecry.­com and saw the pool for weapon customization.

I choose neither of the three options ("Yes", "No", and "I don't care"). My choice will go for Rebels to have weapon customization (as well as other types of customizations), while the Imperials don't get customization. You could probably balance this by making the Imperials more accurate or give them generally good weapons/armor (which they should have, anyway), or more ammo, or advantage in numbers or tech. Or give them the option of choosing a bonus for the battle (like in the Battlefront 1 & 2).

At least In Universe point of view it makes sense - usually the Imperials were better equipped, had advantage in numbers, etc. The Rebels are usually the more stealthy type - ambushes, sabotages, hit and run tactics...

Hopefully tricks like this would differentiate a little more the two opposing teams and give each one of them more unique feel and need for different tactics. When I played the BF 1&2 the gameplay for all factions were the same to me - something quite boring if only the visuals change but not the "feel".

Please post that on the new forums, that's a better place to discuss such things.

Which Forum? This one: Swbattlecry.com
or this one: Indiedb.com

Which is your main Forum?

They're both the same text but we're thinking of making the moddb forum redundant to make things easier to manage.