Math Combat Challenge V.1.40 "Angel of Helheim" is here. Since we started this project, we always thought of an enemy that could be immortal. An annoying enemy that could really make the player hate that enemy. We had a first version but it was "too immortal" and "too annoying". Now we think we have found the answer: The Angel of Helheim.

Version 1.40 with many technical enhancements.

Math Combat Challenge version 1.40 is now available, with a 40% discount, and several important technical improvements. The most significant is an enhancement of the graphic quality in the game, which is also achieved through the use of dynamic resolution for those who like a fluid game with the maximum resolution available and the hardware installed.

The game also allows now that each graphic level chosen by the player enables a greater graphic visualization than in the previous version.

The Angel of Helheim, an immortal nightmare. 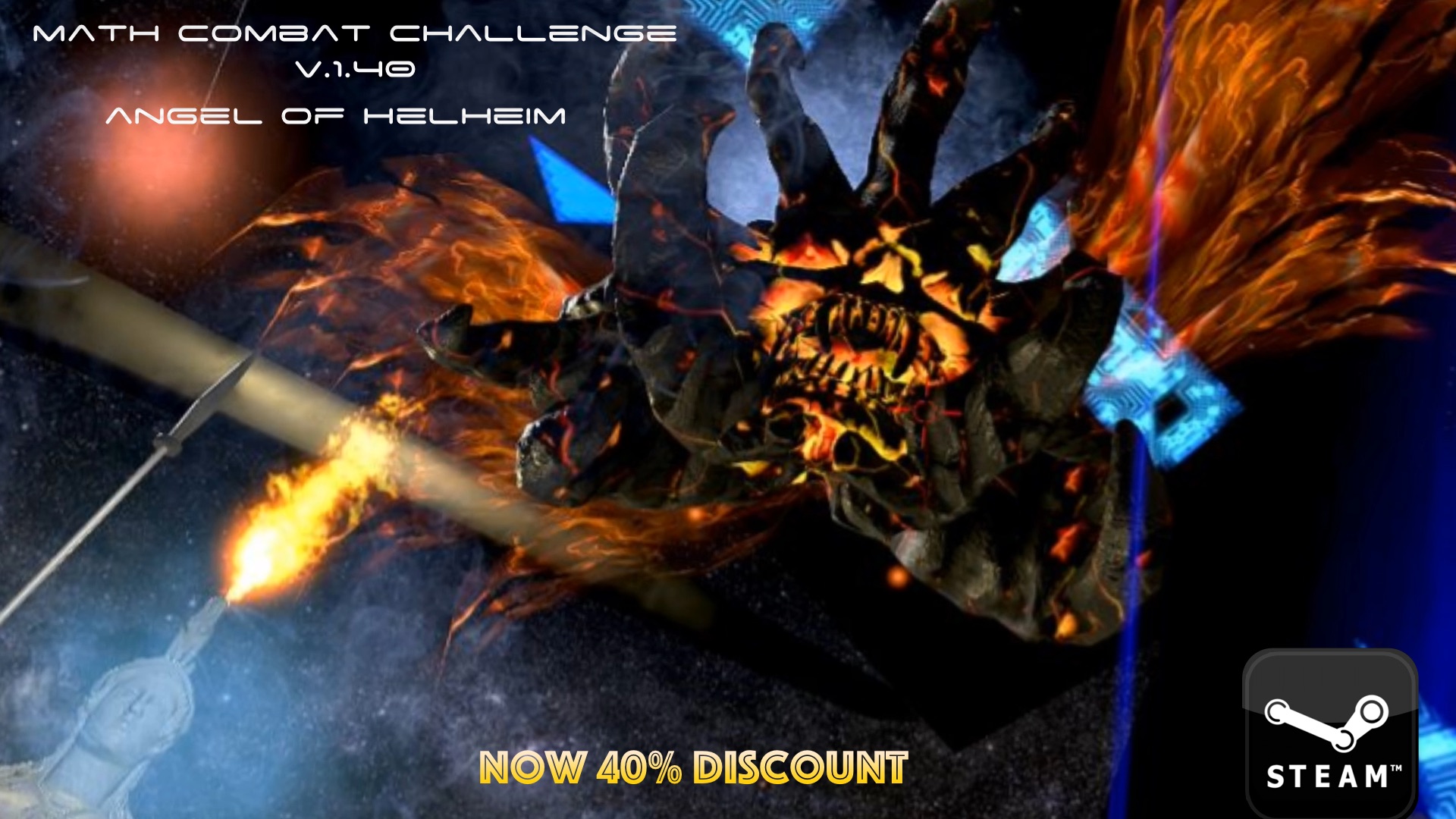 But the main element is in a new character, which is activated by default. This character is the Angel of Helheim, who has a particularity: he is immortal.

Throughout the game, this new character may be attacked, and he will flee. But he’ll be back after a while. What are the features of this particular character?

First, he will randomly shoot the player. His shots are not harmful, but his persistence can make the player lose his temper, having to scare him off every time. In addition, and this is the worst thing that could happen to the player, the Angel of Helheim will destroy the numbers we need to solve the mathematical panels, which will make it difficult to finish them in the stipulated time. You can deactivate the Angel of Helheim in the config panel if you wish.