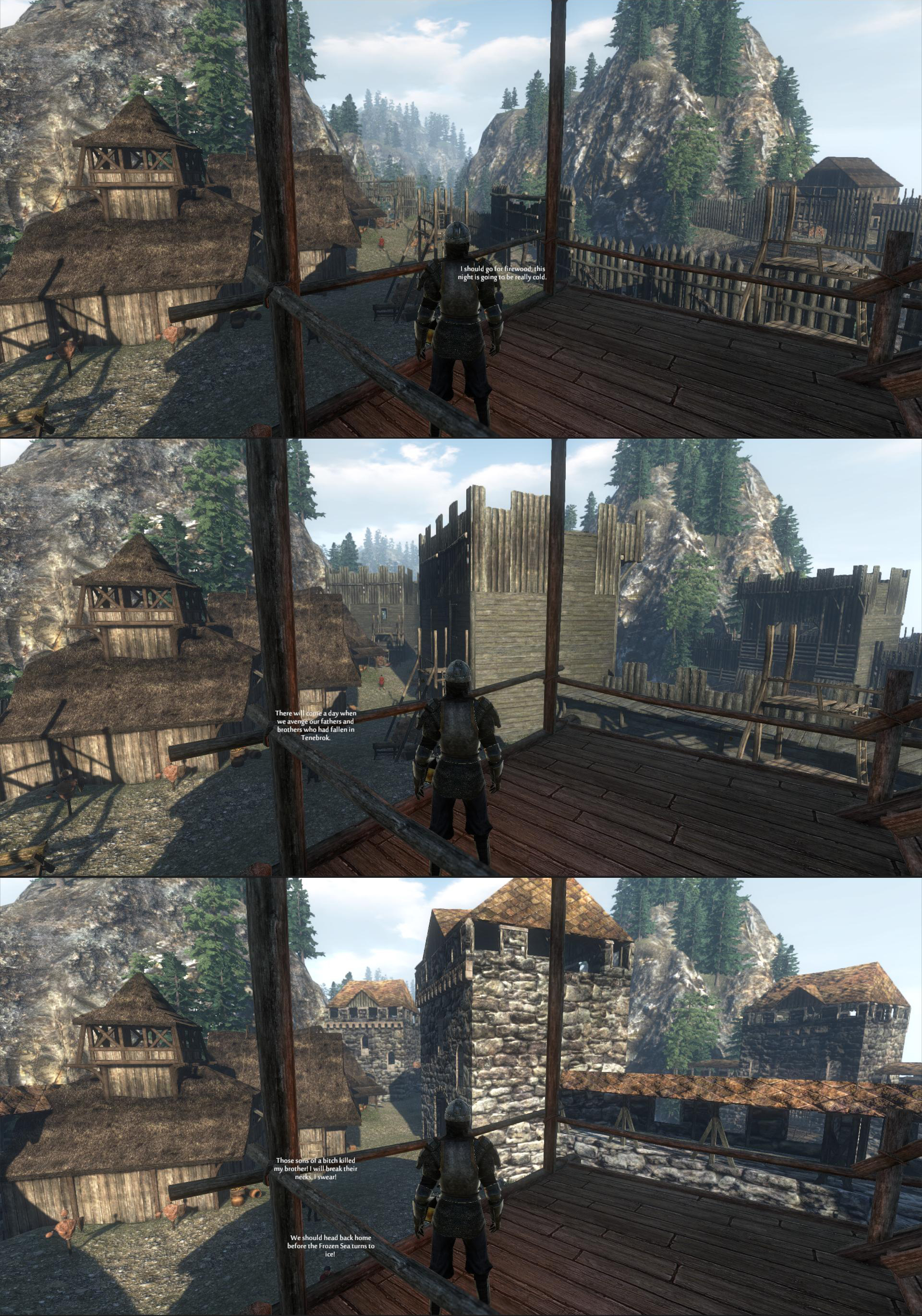 A massive update, greatly improving the combat experience and the meaning of PVP, has been applied! First of all, it introduces the fortifications building and upgrading – players can raise the walls, towers and gates in the towns and castles controlled by their nation from scratch. Players can also upgrade those objects, significantly increasing their defensive properties – a simple palisade around the holding will stop an enemy for a while, but a stone tower with double reinforced gates and pots of boiling oil will do its job much better.

On the other hand, we have implemented two important combat-related features, requested by our players – breaking an enemy’s attack with a kick and feints! Therefore the combat dynamics have been greatly increased; those changes made the battles even more tactical and skill-based as well. Moreover, NPC enemies can kick to break the player’s block too, so PVE is much less predictable and repetitive now! In nearest future we will be continuously working on the further combat and AI improvements, so the player experience will be getting better and better.

At the moment we are doing the last polishes before releasing the another massive update – a total overhaul of the inventory and guilds systems. Within the next few days we will start the final tests of those systems; meanwhile we have started working on the survival aspects! When the basics are done, we will be able to implement hunger, alchemy, toxicity and dynamic weather’s influence on the characters – it will greatly increase the immersion, which is crucial in Gloria Victis. This feature is expected to come within the next few weeks!

– Implemented the fortifications upgrading – walls, towers and gates can now be raised from scratch; in near future a possibility to raise the objects inside the fortifications, such as houses and crafting workbenches

– Implemented numerous levels of walls, towers and gates upgrades; in future, when the locations will be controlled by guilds, upgrades levels will be expanded with additional customization options

– Implemented feints – cancelling your own attacks with a block or kick

– Implemented blocking the player’s attacks by the NPC enemies

– Updated the game translations in all of the supported languages