Today I’m gonna talk a little bit about the game mechanics and how a mission will start usually. The goal in MarZ Rising is to build and defend your base against hordes of zombies.

Posted by doorfortyfourMarc on Aug 7th, 2015

Today I’m gonna talk a little bit about the game mechanics and how a mission will start usually. The goal in MarZ Rising is to build and defend your base against hordes of zombies. Those zombies are actually humans from a last mars mission which failed, so somehow they all turned into zombies. The cause is not yet clear.(pretty straight forward – isn’t it?;))

The zombies will come in waves, similiar to any other tower defense game. But instead of just building towers along a predefined way you can place them free on your map. Unlike a classic TD game you do not only build towers but also supply buildings. Those buildings will have different tasks such as generating energy for your base for example.

So at the very beginning of each mission, you will land with your lander on mars. The first steps will be, to build up your base and ensure your resources (energy and mass). 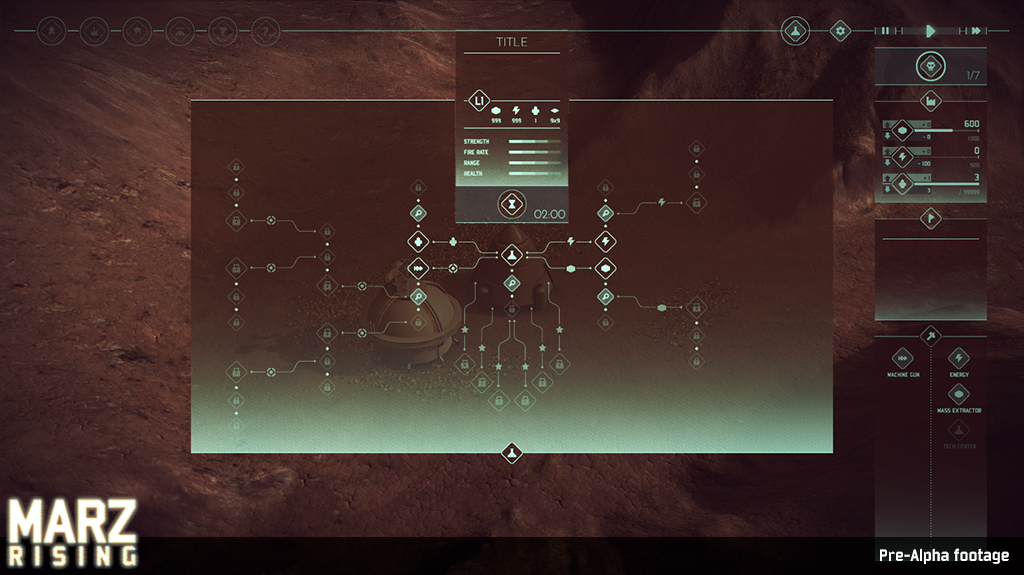 In MarZ Rising you’ll have 3 different resources: energy, mass and crew members(no you won’t feed them to zombies). A normal building will use energy and mass, whereas a tower will also need a crew member to work. The lander comes with three crew members at start, so this means you’ll have enough to keep three towers active. It is also possible to send a crew member out of a tower back to another unallocated tower. You can grow your crew pool by requesting a new crew member at anytime from the lander but this will cost you mass and time. 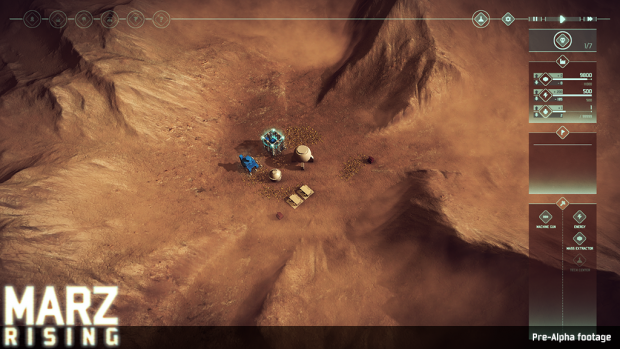 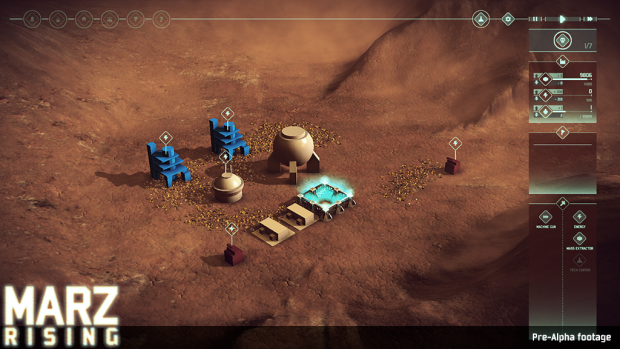 Now you see we basically have some portions of an RTS especially when speaking about resources, micro management and base building.

That’s it for the first devlog, more insights next week!

well done. What solution are you using for UI?