The March update sees the debut of a course builder, allowing you to freely link their holes together into a guided course for their resort’s golfers, a terrain generator, a character creator and a selection of new cosmetic options, diversifying your golf resorts. 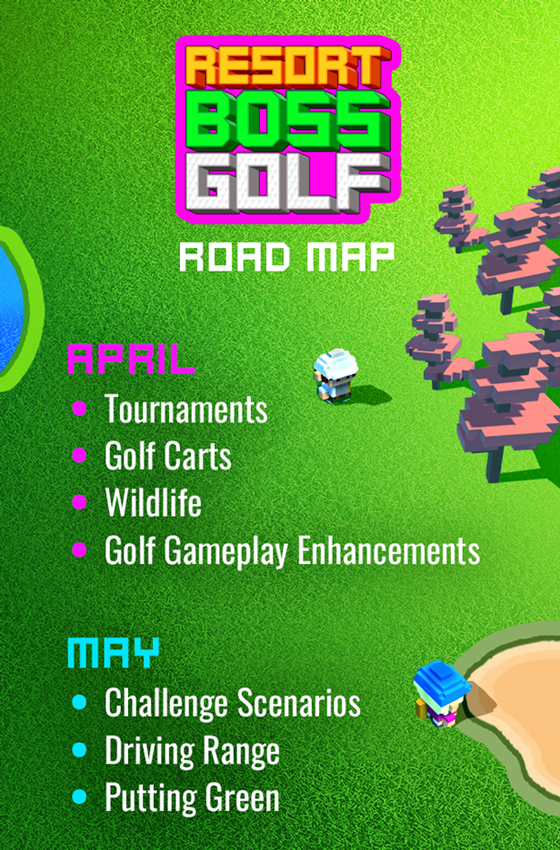 Thanks,
The Resort Boss: Golf Team