Breakdown of March Sprint for Simulacra. The sprint focused map flow, hacking art updates, and a myriad of R&D ideas sparked by my visit to GDC.

Posted by JoscelinFrost on Apr 2nd, 2016

Today is the end of another milestone and that means a new build is ready and available. I knew this sprint would be a “courageous” one with GDC smack dab in the middle and though not quite everything was finished, things went pretty well overall. I hit most of the intended goals, and those that slipped a bit were the results of not allowing enough time for experimentation and research.

This Milestone - What happened? 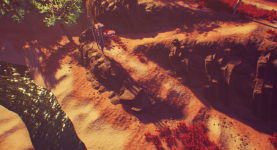 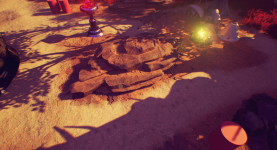 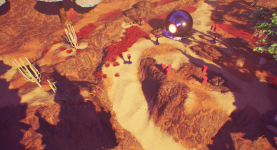 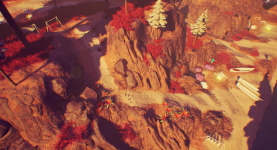 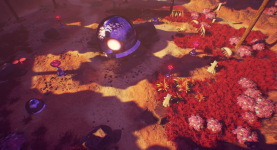 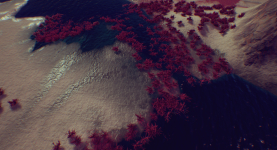 Next Milestone - What’s going on next?

This milestone will be swinging back towards gameplay again, a bit away from the art heavy focus on the previous. As per usual I am taking a two prong approach, focusing on equipables and missions. Currently the greatest weaknesses the game has are lack of progression, and lack of context.

To improve that, I am looking to create a basic set of weaponry that the player can equip and improve back at the base. For now I will be focusing on creating some of the more “standard” weapon types, like a rapid fire weak weapon and a slower shotgun style one. However I would like to eventually grow these weapons in creative ways so the player has a lot of fun choices and variety from a relatively small but solid selection of base weapons. Ideally the player will be able to improve and configure both their main shot and charge shot to experiment and find fun combinations that fit their individual play style.

On the other side, though you can explore the wilderness, there isn’t any context or storytelling going on yet, just small fights here and there. Each fight has the exact same express goal which makes everything feel the same and repetitive. To that end, my intent will be to create a small set of encounter types, each with a slightly different player and enemy goal. Ideally this will create a fun mix that encourages the player to think and experiment while providing a nice sandbox for emergent storytelling and gameplay.

Currently I’m enjoying rotating through a few different games. My main time is being spent with The Division which I am liking quite a bit. The combat and cover movement feel really nice and remind me quite a bit of my time working on The Bureau. I’ve only poked around in the dark zone a bit but enjoyed the tension of being around other players and harder enemies. Probably what I like the best about the game though is the base building and sense of accomplishment in opening new areas. I hope to make Simulacra follow a similar model of growth where base sections are tied to character and ability changes, but hopefully make the process a bit richer and more engaging.

Second up is diving back into Dragon’s Dogma: Dark Arisen on PC. I absolutely loved this game on PS3 but have to say that the higher frame rate and responsiveness of the PC version is worlds better. The game has such awesome action, the fluid movement and creative abilities are such a compelling combination. Pounding an arrow through one enemy, slashing another into the air and setting them aflame with gunpowder before leaping from the top of a rock to land in a whirl of blades on top of another is par for the course and just one of the many reasons why this game is such an underappreciated gem. The pawn system is super quirky but I find their somewhat robotic actions funny and kind of endearing.

Thanks for tuning in, as alway I appreciate any thoughts and feedback that you might have, have a fantastic weekend everyone! - CJ