Manus VR, creator of the Manus Glove hand tracking system, has unveiled a new prototype way to interact with VR games. It's essentially a way of tracking the user's arms, and it's done by strapping the HTC Vive motion controllers to your arms, while wearing the prototype Manus Glove to serve has hand and finger trackers.

This is actually new; it's easy to forget that the Vive's motion controllers aren't actually tracking the user's arms normally, but their hand and wrist position. This is why many Vive games feature floating, disconnected hands in-game that aren't attached to any arms - because not enough information is provided to guess the position of the arm and angle of the elbow.

With the Vive controllers strapped to the arm, and the Manus Gloves on the hands, an animation system known as inverse kinematics can then extrapolate that positional data and animate the arms and elbows accordingly. "It feels extremely immersive to see your full arms transformed in VR," says Stijn Stumpel, Lead Designer of Manus VR. "It adds an extra layer to the feeling of body presence."

Manus VR will be releasing this functionality as a part of its June SDK update. Currently the only hardware supported is the HTC Vive, but the company hopes to experiment with other systems such as the PlayStation VR and Oculus Rift. We imagine the latter, however, will require Oculus Touch controllers to work. 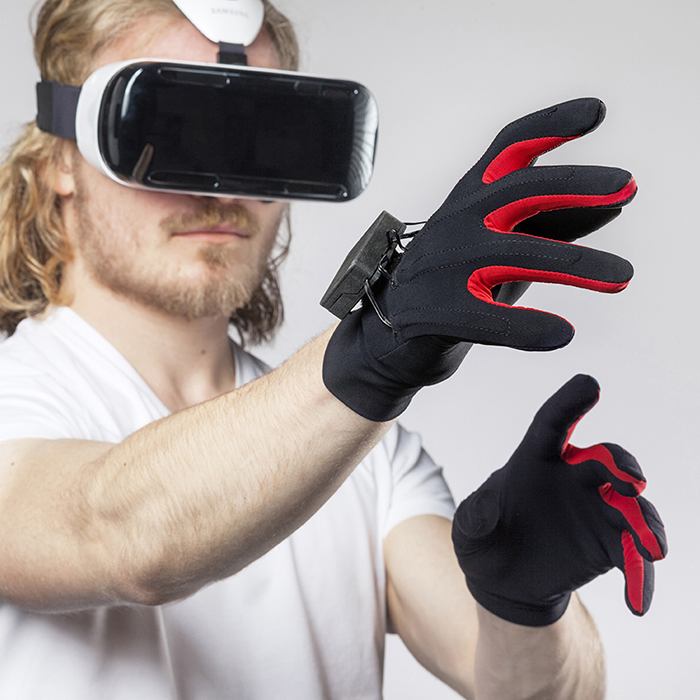