This week was a very productive one, starting with a 3-day bootcamp at simulogics HQ and ending with some possible solutions to the current overflowing hub worlds.

This week was a very productive one, starting with a 3-day bootcamp at simulogics HQ and ending with some possible solutions to the current overflowing hub worlds. 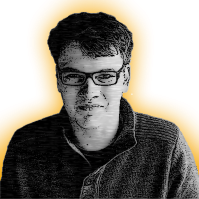 The bad news first: As you probably know by now, the team came together for a three-day meeting at simulogics HQ. We are a 100% remote team and we only meet at a single physical location for important reasons. The reason for this week’s meeting was that two new members are joining the team: Fabian, who you’ve already read from and about in the previous issue of the devlog, and Frank, who was supposed to start this Monday. But due to a serious injury, Frank got admitted to a hospital the day before and will be stuck there for several weeks. Therefore, he obviously was neither able to make the trip nor to start working on the project. We wish him a speedy recovery!

But I tend to see the positive side of things, so here’s the good news: Because the frontend development aspect of the meeting basically fell flat, we had a full three days to focus on game design. And in hindsight, that was a good thing. The ideas and vision behind this project are vast, with a lot of very personal, arbitrary and hard-to-describe aspects to it that are almost impossible to write down in a style-guide, let alone in a brief vision statement. So just sitting down and discussing all these things was incredibly helpful. It will be hard enough as it is for Fabian to find his way into the world of PrUn as Michi and myself imagine it, but after this week, it should be tad easier. 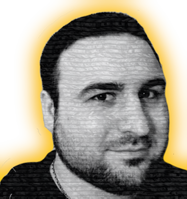 To me this week’s workshop was invaluable when it came to understanding the vision behind Prosperous Universe, as well as possible future directions. Besides discussing more fundamental questions such as what the game was, is and is supposed to be, we also touched on tons of current “hot topics” and feature ideas for the near and far future. The amount of knowledge thrown around was so excessive that I even learned about the difference between ducks and geese. Go figure!

Luckily we were able to resolve a few open questions for the next couple of updates which, at this point, aren’t that design-intensive anymore, so I can concentrate on working my way deeper into the game. Right now I’m drafting quite a few models and mind maps of basically every relevant gameplay element, the “big one” of course being the whole commodity production tree. In the latter half of the month, I plan to dive into the first design changes and drafts for future features. 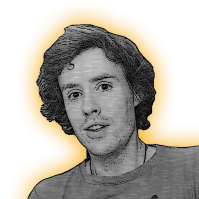 Besides all the game design scheming that happened at our three-day meeting at simulogics HQ, we also talked about the very urgent issue of available planetary plots in the current alpha. As most of you know, the recent PC Gamer article led to a great influx of new players and the remaining plots at the three hubs (Montem, Promitor, Katoa) were taken pretty fast and there are still no free plots available. While that is, technically speaking, no serious problem since roughly 50% of all starting planet plots are still available, it has some implications for player retention. New players tend to start at one of the hubs because it is the easiest start one can have. If they start somewhere else, there is a higher risk of them not continuing playing.

To solve this problem, we thought of three solutions.

We will reduce the amount of time until we delete a completely inactive, new company to eight days. After three days, the players will receive an e-mail notification about the pending deletion and if they don’t react, the deletion will happen five days later. This will remove the companies of all players that just checked out the game and never came back. We will release this change with the next maintenance update.

We will also double the amount of plots on the three hub planets. The current alpha has been running for a long time now and there is no reset in sight. It was never intended to hold that many players, let alone the vast amounts after a spike like the one we experienced recently. That’s why we want to make room for potential new spikes in player count. This game design band-aid will also be released with the next maintenance update.

Finally we thought of a mechanism that will allow more planets to become starting planets in the future. This change might need a restart, though, and will therefore have to wait a bit. Once we restart the universe, we’ll also make sure to not make the the hub planets as strong as they are now. Maybe we might even turn the planetary commodity exchanges into space stations, so everyone will have to fly there. But that is all dreams of the future!

By the way, we expect that some of the plots will free up in the next week, so keep an eye on the hubs!