Some advice I've used to make Demetrios, which may interest other beginners game devs!

While my Kickstarter is now 100% funded (and still running for two weeks!), I have written an article on GameSauce that some of you could find useful!

So, you're creating a game to make your childhood dreams come true?

You've got tons of ideas, and you might have already started?

However, developing a game comes with facing hurdles, always linked to two things : time and money!

Most indie video game devs are one-man or two-men teams using their own funds to make it happen.

But how do you make a quality game when you don't have much budget?

As I'm developing my first commercial game on my own, a Point & Click adventure game named "Demetrios - The BIG cynical adventure", I don't promise to have all the answers - but I've gathered some advice that might help you!

The power of suggestion

When it comes to making a game, there's one aspect that will take most of your time. This will vary according to the type of game you're making.

For my adventure game, it's clearly the graphics! Drawing and coloring high resolution handcrafted art is very time consuming, especially considering I'm not an artist.

Yet, graphics are crucial : this is the first thing players will experience of your game! Yes, most people judge a book by its cover and will make an opinion on your game based on its screenshots alone. You need great graphics!

So, to save up doing a ton of art and be able to release it someday, I needed to be clever.

I've noticed that visual novels, such as the Ace Attorney series, actually don't use so much art. Yet they're very long and constantly stay fresh to keep the player attention!

They're using one powerful tool for that : dialogs!

Text doesn't require much time to create. But it can do a lot!

Here's one example. At the beginning of my game, the player can choose to... pee on a plant in the police department. (the game is very interactive and has stupid choices like that)

This scene is entirely described through the dialog between the main character and the policeman. 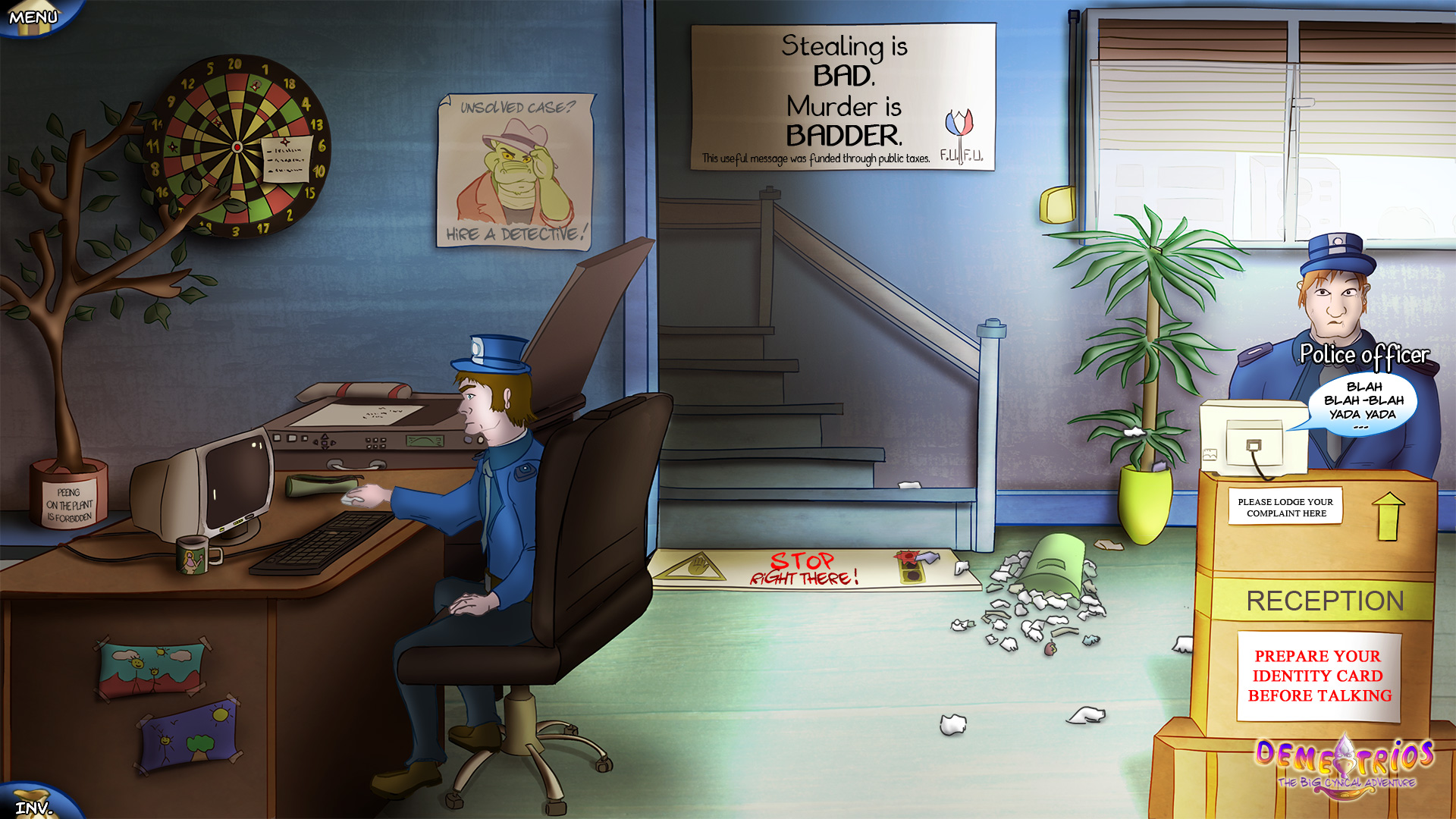 All of it is suggested! Which is also much better for the humor side of it. (no one wants to see the character actually peeing...)

Implementing this scene in the game only took me half an hour, yet this kind of interactivity defines my game and most people love and remember it.

You don't have to show everything!

Keeping a part of it in the player's imagination not only saves development time, but also makes a better game in the end!

It's one big advantage of books over the video game medium. One that keeps being forgotten by the industry, and which is one of the reasons retrogaming is so strong nowadays, and indie games become more and more popular.

Of course, you've got to keep a correct balance! Too few graphics or animations, and many people will be bored and turn away.

For example, in a narrative game, using cutscenes to showcase the story progress is important and will be considered as a reward by the player.

My advice : Make a great looking game, but don't show everything. Use the player imagination sometimes!

The previous advice applies to other types of games!

Role Playing Games like Chrono Trigger, Secret of Mana or Final Fantasy 6 are considered some of the best ever made, with very engaging characters - despite being animated with only a few sprites! 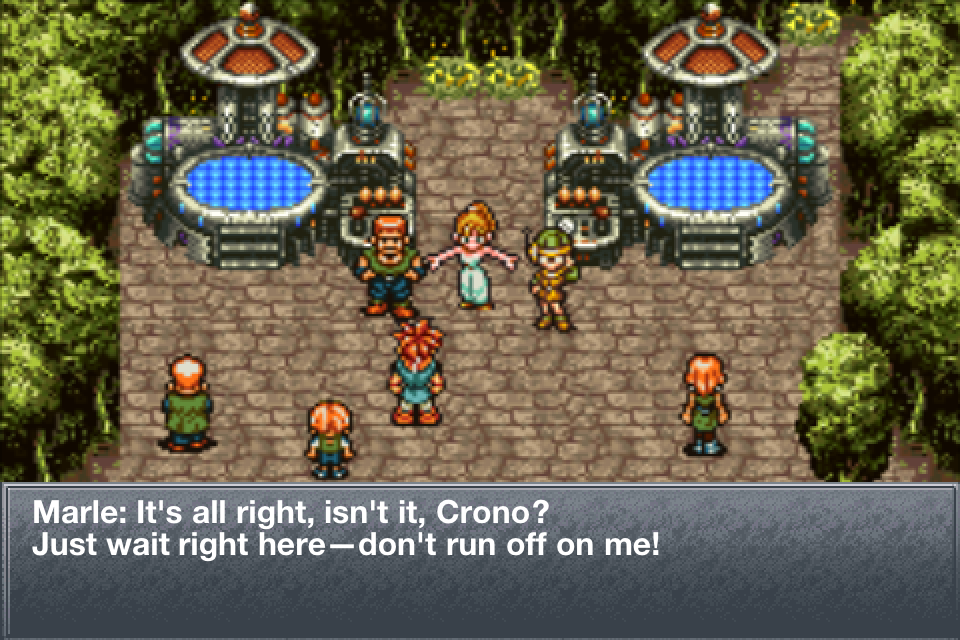 Each character in these games is given several key expressions, and yet they convey much more emotion than the characters in modern RPGs like Final Fantasy 13.

Why? Because the emotion is passed through a combination of these key expressions, the text, and the player's imagination.

This is all you need to experience a great story. Real time 3D graphics has never made the characters more engaging - it's often quite the opposite!

A perfect modern example would be the indie game "To the Moon" by Freebird Games, a visual novel with simple graphics similar to a RPG. Simple graphics but characters and a story that makes everyone cry!

My advice : Create a few key expressions for your characters, and use dialogs to convey emotion!

Modern games always have voiceover dialogs, and to me this is a huge mistake. Because this makes the music a background element.

Music in a video game should not be treated the same way as films! You can convey so much more emotion by putting your music in foreground. 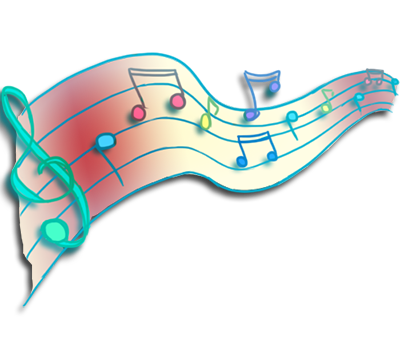 Some people say a good music should be one that you won't pay attention to, and I couldn't disagree more with that!

Sure, some people may get annoyed, especially if it's repetitive - but guess what? Everyone still remembers the Super Mario theme, yet you can't remember one bit of the allegedly awesome orchestral soundtrack from that latest AAA game you've just played!

I don't mean it's impossible to get both a voiceover and great music at the same time. (It requires to be very careful with the timing and still letting the music in foreground for key scenes.)

But for a narrative game, you'll be spending months of efforts recording and editing speeches, not even mentioning having to pay actors and risk getting your game heavily criticized for having "poor voice acting"!

My advice : Skip the voiceover. Add great music tracks instead!

All game projects take more time to make than planned. Indie games being released without being pushed back at least once are a rarity!

Why is that? Because it's so complex to evaluate the time needed to finish the project!

Most of the time, you'll never get a whole vision of your project but you'll be working on a very tiny portion of it.

One solution is to use placeholders. Pictures you can find on a search engine or draw very quickly, that you can use in place of more refined art.

For my game, this was quite easy : this is a remake of a game I did 15 years ago, so I had already programmed all of it, albeit with dull art!

But this dull art has proven very useful : I have used them as placeholders so I could program most of the game and have a clear view of how I'm progressing.

And, guess what! By doing that, I'm still on track with the planning I had set at the beginning of the year!

Now I see light at the end of the tunnel. This allowed me to give a vague release date to the interested players, and hopefully soon, a precise release date!

My advice : Make your game with placeholders, then replace them progressively with the final art.

Making a prototype is also very recommended. Make a playable build, with everything being how you want the final game to look, but only avery short portion. (one or two screens)

Not only this will give you an idea of how much time you'll need to make the whole game, but you'll also be able to get early opinions, and, why not, selling your idea/game to editors! 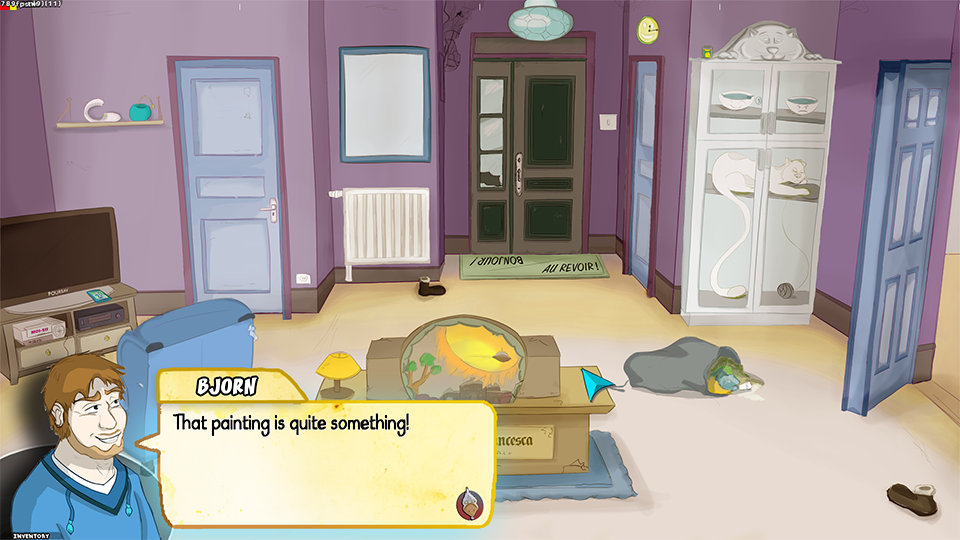 Picture of the Demetrios prototype in 2014. Not so different from how it looks now!

It's very important that your prototype has near-final art, though. Most people don't do it and show "programmer's art" to their players, which is a mistake in my opinion. The first impression is often the lasting one!

My advice : Do a prototype with near-final art before production!

Make the important choices and stick to them!

In the same range of idea, you've got to make choices on what are the most important aspects of your game from the very start, and restrict yourself to them. After that, you can focus your efforts to develop it well!

Feedbacks from the players are very important, and you should listen to them - to some extent. 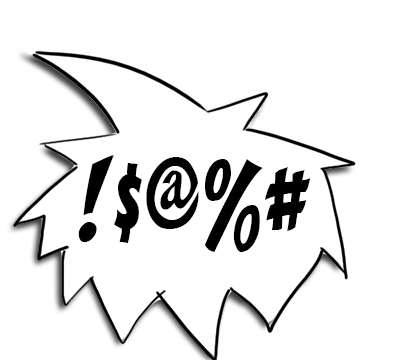 You need to take the important decisions yourself - this is your game, your vision!

However, you can use the players feedbacks to refine things (espcially if most people are annoyed by the same thing) and, obviously, to correct bugs.

My advice : Decide what defines your game from the very start, and stick to it. Improve later in development, based on the feedbacks!

Maybe I should have started this article with this. It's obvious, but being a game developer implies hard things on your personal life.

Making games might be one of the most complex artistic job, as it involves so many aspects at the same time : programming, art, sounds, music, writing, translating, marketing...

Some of you may create a game as a hobby, and it's fine from a financial side - you have your day job to live. But in that case, you'll barely have time to spend on your project. It may take years to finish up your game, if you ever finish it! 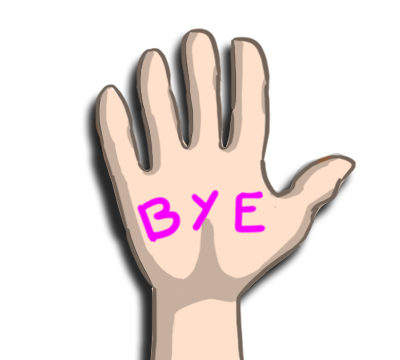 If you've decided to quit your job and make games for a living like me, expect some hard times. To make a high quality game, you'll need to live with the bare necessities and work on it almost 100% of the time, 12 hours a day. And even dedicating that much time might not be enough!

Do not launch yourself in this if you don't have personal funds ready in case of trouble! You'll need to spare every bit of money you can to reduce the costs.

Finally, you've got to stay realistic with your goals. It's very tempting to add tons of new ideas to your game and implement them immediately, but you should refrain from doing that. (I often find myself doing that, I admit, but for little things that don't take too much time)

Otherwise, you'll get into development hell, or worse, may never finish it because you'll run out of money!

And if it does come out someday, you'll probably never be able to make a profit out of it because you'll have spent so much.

My advice : Don't get too ambitious and be prepared to make personal sacrifices for your project!

Demetrios is my first commercial game project (I had already made games in the past, but none were publicly released). I can't affirm I'm 100% right about everything, that my game will be a big success and become profitable. It's still a matter of point of view, and I know some of you may disagree with some of the tips I have given.

But I've gathered here some experience I've learnt myself, or read from other game devs interviews and postmortems.

So far, so good : my game seems to be on the right track! I'm still on schedule, I haven't spent a lot of (personal) money on it, despiteDemetrios being a very ambitious, long and quality game (for a one-man company).

And I've got countless great feedbacks from everyone who played it and who are impatient for its release!

Good luck on your project, and let me know your opinion :)

If you liked this article, then please vote for Demetrios on Steam Greenlight!