Post news RSS Made with Unity Pankapu: the Dreamkeeper

Hi fellows, here is the first game we are working on. It is an action/platformer in 2D told as a tale. We have done an Alpha version, try it here!

I want to introduce today, the first game we are working on, (we are 5 devs from France) and made with Unity of course^^

It is call Pankapu: the Dreamkeeper. It is an action/platformer in 2D told as a tale.

In a few sentences:

The main purpose of PANKAPU is to go back to the roots of old school Action/Platform games. The ones we grew with, simple and fun. In addition, we want to add a strong story mixing humour and imagination.

The game is a tale based on a universe that we have been working on for years, inspired by many influences such as the Lakota culture and video game series such as Final Fantasy. Our purpose is to tell stories supported by a fun gameplay.

We made an old Alpha version a couple of month ago, and here is the new one with all the new features: 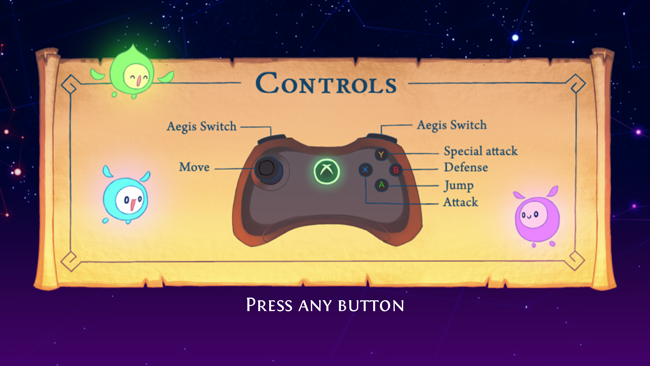 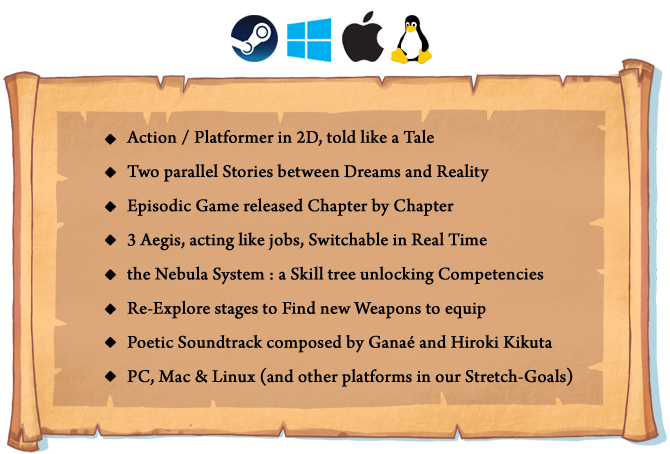 At the same time, we had new characters that you will met during your discovery of the first areas:

In the gameplay part we had new skills to unlock for bravery and now you can use the Aegis Ardor. It is a class that you can switch in real time, giving you new abilities and skills.

We are still working on the 3rd Aegis, Faith, but you can already see his competencies.