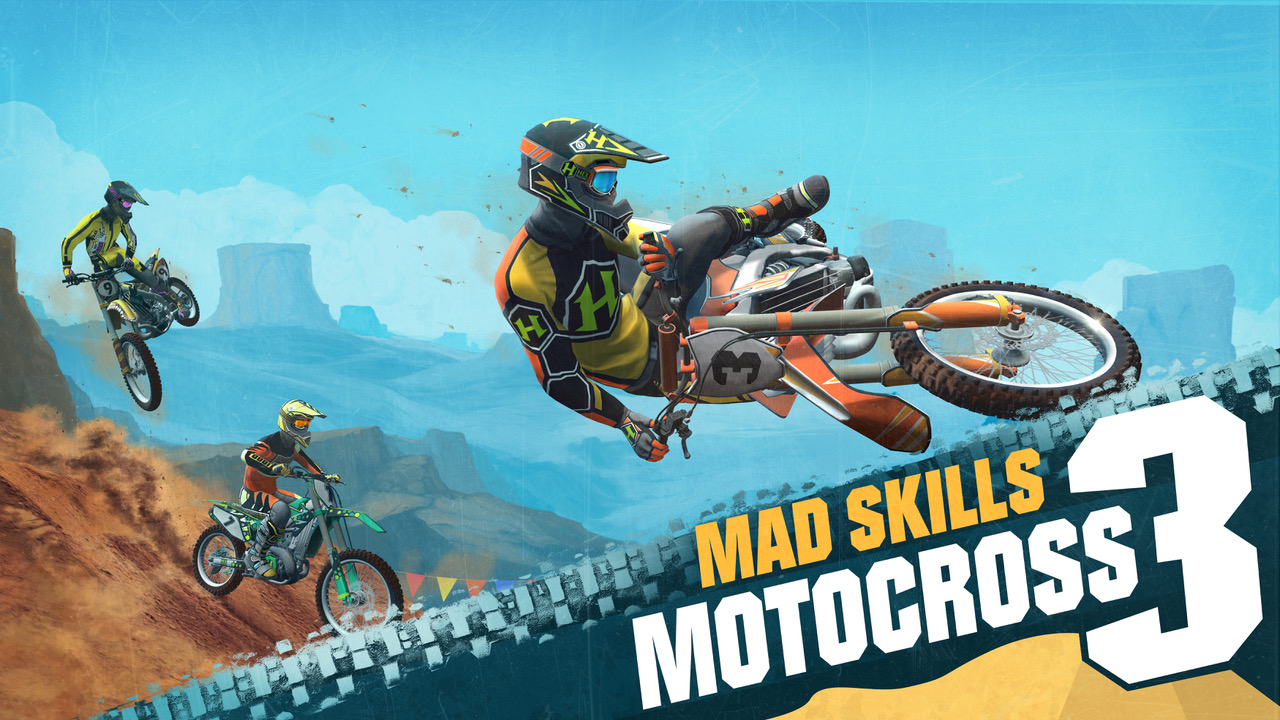 Swedish game developer Turborilla AB has announced the May 25 release of Mad Skills Motocross 3 with an absolutely wild animated trailer:

The highly addicting side-scrolling racing sequel is next up in a franchise that has seen more than 55 million mobile downloads and has become a part of the culture of global action sports. The new release carries on the franchise’s tradition of featuring the best racing physics on the market, but improves the player experience with significantly upgraded 3D graphics, regularly scheduled online championship events, realistic bikes with upgradeable parts, and infinitely more rider and motorcycle customization options.
“We’ve been working on this game for a long time, consulting with gamers and real motocross racers along the way, and we’re really proud of the game we’re about to release,” said Turborilla CEO Mattias Wiking. “We think it’s an upgrade on our previous games in every way, but at the same time, we see the release as a starting point in a long journey. We’ll continue listening to player feedback and updating Mad Skills Motocross 3 with more content for years to come.”

Mad Skills Motocross 3, which is being launched with support from Arctic Game Lab, will be released with hundreds of expertly designed tracks, engaging player challenges, and soon after launch, clan-style teams that will take social gameplay in the franchise to another level. Customization options will include both real-life and fantasy brands, satisfying motocross enthusiasts and casual players alike.

About Arctic Game Lab
Arctic Game Lab is an organization that is working to create a strategic platform for the game industry in northern Sweden; with business development, investment support, game educations and events to build a strong games community. They are creating an opportunity for studios to grow and give individuals the chance to enter the industry.
Arctic Game Lab is a collaboration between the municipalities Umeå, Skellefteå, Piteå, Luleå and Boden. In this area there are about 70 game companies and studios, about 400 professionals working in this industry and 14 game educations at university and higher vocational educations. Arctic Game Lab is now northern Europe’s fastest growing game cluster. For more information visit arcticgamelab.com