Version 7.1 has been released. One bug and one problem have been fixed. :) 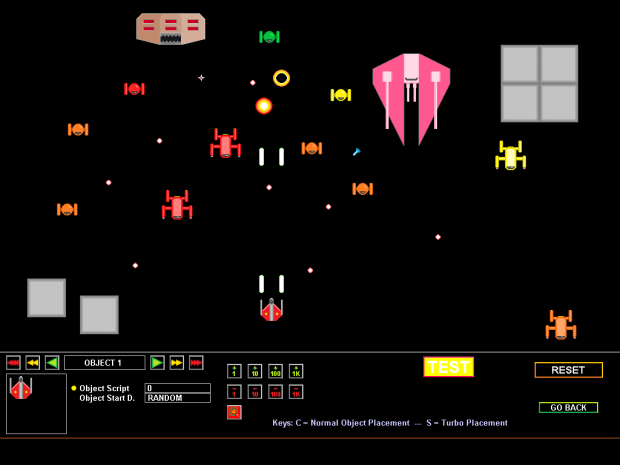 Ok, I have made some small updates to the program, so now we are at Version 7.1.

Here are the most important changes made in this quick update:

*** 1 ***
Firstly, I decided to remove MP3 sound file support from the program. Starting from this version the M484GCS will only support WAV and OGG sound formats.

The reason for this decision is that some days ago I decided to google this "MP3 license" thing that I had heard some people occasionally mentioning, and I saw all sorts of bad things there and got scared. :D

Just read the "licensing and patent issues" part of this Wikipedia article to get some idea what a mess this whole MP3 thing is:
En.wikipedia.org

From what I understand from that and from other articles I read, is that there are many different factions that claim to own this sound format, and all of them want your money if you use it.

OGG and WAV are good enough for me.

*** 2 ***
Secondly, I fixed one nasty "crash feature" in the Editor file loader. Although I just recently upgraded the file loaders of both the Editor and the Game Engine, there still remained one weakness in the whole thing: When the Editor started, it always loaded the default "gamefiles" folder no matter what.

And back then I thought that this would not cause any problems...but then I realized that because I had given people the ability to re-name the project folders into the custom "gamefiles + myname" format, then they might of course use this ability...and they would most likely assume that the default "gamefiles" folder can also be freely re-named. But TA-DAA: it can't! If you do that, then the Editor crashes at start-up. :D

So, this thought started to bother me, and I decided to fix the problem: So now the Editor start-up file loader uses the same "smart load" logic that the Game Engine does: both the default "gamefiles" and all custom "gamefiles + YourFolderName" project folder names are now accepted.

*** 3 ***
And thirdly, some small tweaks were made: I added Version Numbers to the "gameinfo" data file, Maximum Object Lifetime is now set at 30000 Frames, and "Musics" can now be in WAV format, as well as in OGG format. But I recommend that you use OGG. 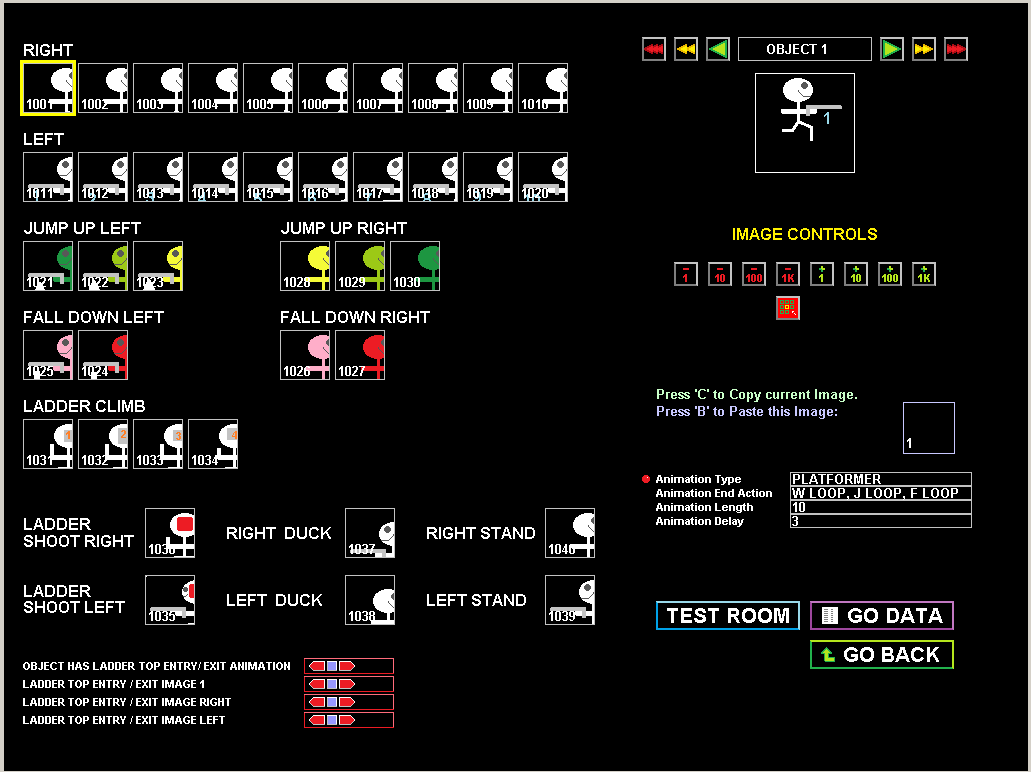 Also the long awaited Platformer feature is progressing well. The basic animation model for the Platformer Game Object is already pretty much complete, as you can see from the screenshot above. But it's still a work-in-progress, so that template is still "locked" in this version update.

But most likely the next version will be a "Big One" again, and if we are lucky it should have a fully functional basic platformer module in it. :)