This is my Ludum Dare 33 - Post-Mortem, you can check what I learned, what people said about the game and other data.

As I said, this year was the first time that I decided to participate in the compo. 48 hours: a game, with all the code, art and music by myself and donated to the public. Yesterday, the voting period ended, and I admit that I was expecting a much lower score on the criteria that interested me. 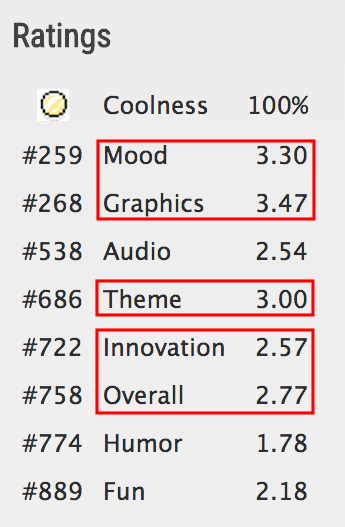 Despite bugs and problems in the early days of the compo, the worst days for that to happen, the game had a relatively good reception.

I learned that gritty atmosphere can even be attained with a naïve aesthetic seen in voxels without generating a negative reaction; nonlinear writing however confused several users, but many got by far uncomfortable sensations, which it was my goal; The proof of concept where the player is a psychopath, but without clarifying who is truly the monster or victim, was extremely well received and many believe that I should expand the concept to a full game; something that interests me the most. 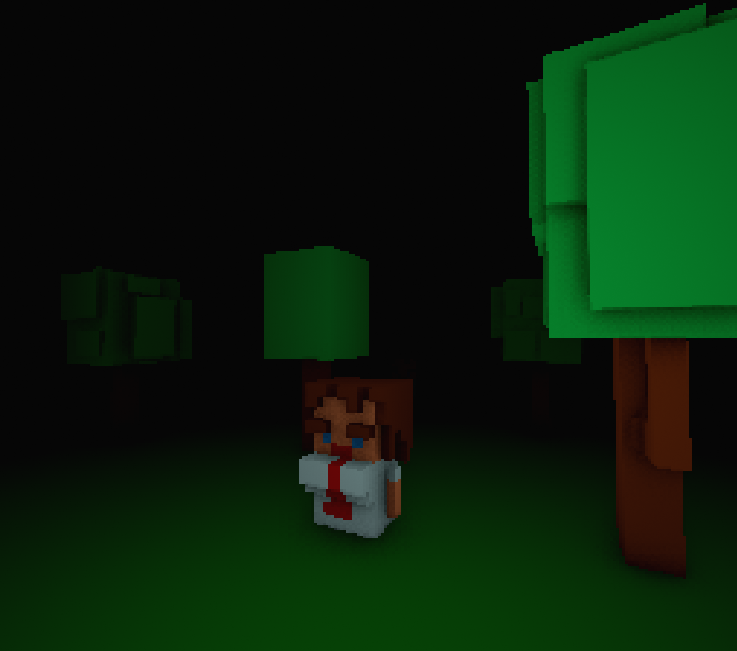 The main reason to the average score is mainly the story was lost; which I owe to the lack of more time to be polish it, it just wasn’t well delivered. My mistake was to deepen the unessential story.

Many pondered the visual style and the work of shaders. Especially the technical work; as in the case, I used a single texture that was a RGB palette rendered into tiny PNG. The shader used to divide the screen into a pixelated grid; was also highly welcomed. As well the use of chromatic aberration and noise, to emulate a feeling of loss of sense of reality was highly appreciated.

Several mentioned that the artistic aspect was lost mostly to the shader pixelating the game world. An error on my part was too not adding more variety in vegetation for the courtyard.

I'm a terrible musician, but I have less musical talent than a fish. I admit it's not my forte, and I expected that low score. However, most criticism was the lack of variety in the music, which I will consider for the next competition. My mistake was also unable to provide sound effects, but I did not have time to create sounds like crying or injuries of the victim. 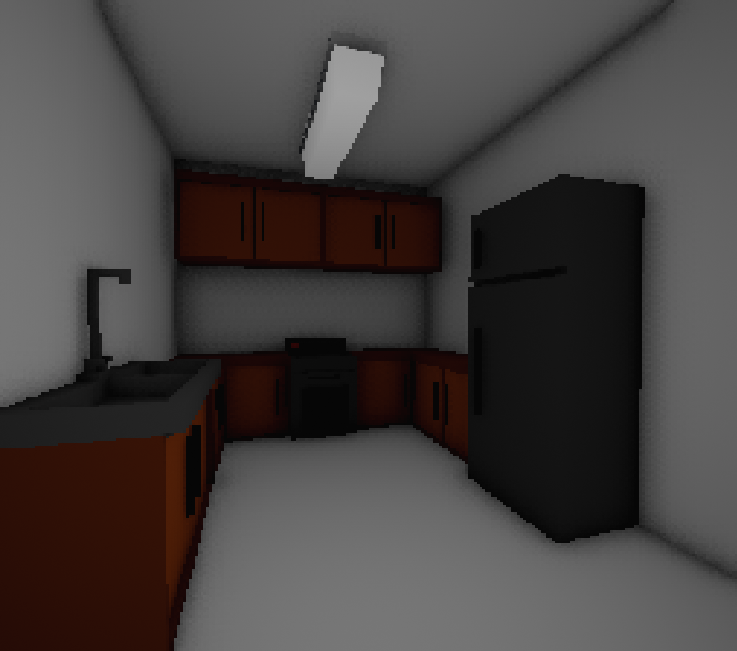 The main reason for the low score is the same as I expected, given the clone of the game of cat and mouse that I implemented. Although I wanted to do a much more complex game of stealth, with executions and elements alike, creating the AI ​​for the game, consumed me a good couple of hours I could not use for anything else.

However, many admitted that expanding the concept to more elements of gameplay would be welcoming, something that attracts me to do if I expand this concept to a big game.

With all the aforementioned elements, the graphics and gameplay limited factor, affecting a higher score. Things to keep in mind the next time. The good thing is that this AI can be used in any other project, which will give me another occasion greater creative freedom and attention to the gameplay.

The game at no time sought to be hilarious and fun. On the contrary, looking for something to bother and generate similar experiences. You're a murderer at the end of the day, without precisely defined emotions, the mood was reached, and my objective accomplished. The fun score, shows me clearly that the elements of cat and mouse, are already very common for this kind of games, and that the opportunity for the victim to defend itself undoubtedly was tempting and would have scored me several more points, but time was lacking.

In TL;DR. I learned a lot, I did an AI using Environment Query Systems, a system damage and a lot of feedback to the idea of a game like I aforementioned before: it is indeed good, and maybe if things improve: I’ll expand the AI, improve the art, make a new aesthetic and above all things, not limit it to one house and do it as a full game.