Quite some time went by since the last update. This had been mostly because we could not decide when to make the next News post. A lot of improvements and additions have been made and no real good time showed up for a round-up. So since this is now the Swiss National Celebration Day we thought to make a 1.August update :D

Before starting with the updates a word on the Project Page here on ModDB. The content has been overhauled and improved with lots of informations for interested people. Also some images have been added to give a better impression what you get from this game engine. So let's go on

What happened so far

The Virtual File System received a few touch ups and has been improved. The Wiki page for the VFS has been written too giving you some insights into how it works and what it can do for you.

The HDRR System received some improvements and bug hunting and is now working including a bloom filter to add those bluring around heavy lit objects. It's though moderate ( since we are no bloom factory after all ).

The Terrain System received quite an overhaul and is now a lot cleaner and more powerful. Supported are now Triangle Meshes for buildings/structures as well as Height Map for doing the typical terrain dance. One of the nifty additions in this update is the support for Height Modifiers. In a couple of games so far the possibility of Terra-Morphing has been tested and it could be useful. Therefore the engine received the height modifiers which are able to alter height mapped terrain during run-time. More advanced Terra-Morphing might be implemented if the need shows up. Texturing for height mapped terrain is done using conventional Texture Splating but without a limitation for the number of layers you can use. Furthermore LOD support is present for height mapped terrain. The image below gives an impression. 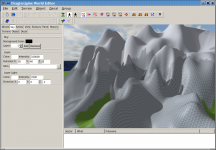 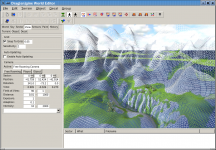 The Sky System also received an overhaul. The system is similar to the one before but without the bloat and with a new nifty twist. Individual layers can render sky volumes of various kinds depending on texture naming in the Skin file. This allows to extend the sky rendering in the future with ease. Currently sky spheres and sky boxes are supported. In addition skies can now cast lights ( unlimited but the more you use the slower it gets ) and especially shadows. Some images can be found here while the rest is in the Gallery. 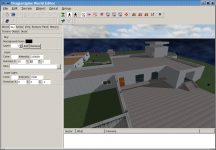 One of the changes to the OpenGL is not visible to the developers itself but it's useful for people interested in some handy work. An improved Dynamic Shader System based on Shader XML files is used now.

The Physics System has been reworked to get rid of the old collision filtering to gain speed. The new system is easy to use yet powerful enough for the time being. Layer masks and collision groups make up collision filtering now. Terrains received now the same filters allowing more fine grained control.

Furthermore Touch Sensors have been added together with Lumimeters. Sensors allow the game to sense their environment in an efficient way. Lumimeters as the name implies measure light ( usually you plug one where your eyes are ) while Touch Sensors sense collisions. Especially Touch Sensors are useful for all kinds of AI interaction.

Finally the World Editor received quite some work. The interface has been redesigned to improve work flow ( not fully finished yet ). Height Map painting as well as Layer Mask painting is present now in the editor. Furthermore a Changelog window has been added.

The images below stem from the Dragon Canyon test scene and sum up well the progress made so far. Have fun and hopefully soon you can fiddle with this all on your own :D 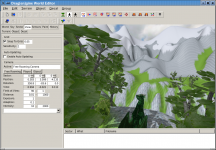 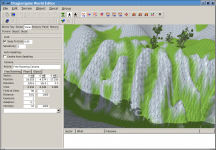 Some great additions and improvements guys... it is shaping up to be a decent engine...

Nice work!
The engine run on Linux?
GPL very good -:)
It is possible to make a shooter?

That's possible. The engine is free in design and not locked to a certain game type.