A look at the world of The City, and an interesting look at hair color.

So I will give some more background on the game’s universe and lore to help you go into it. This will probably be the only news for the rest of the week and not until another major update.

The City takes place on the planet of Ranajal, a planet that is similar to Earth in vegetation. Originally the world was full of life across all of the continents and many wars had been raged over its years. It was by the will of the Gods and Goddess that gave Humanity magic which resulted in many cultural views to change. Instead of things like racism or even sexism, there was tension between those with magic and those without and battles were fought over this very ideal.

However despite all of the wars people persisted and continued to rebuild. That was until during the first month of the year 3000 C.D. (City Date, previous it was B.C. for Before City), a group of mages known as the Saviors used Dark God Magic discovered and poisoned the continents leaving them uninhabitable all but one- this one was to be a paradise for mages.

But this backfired as shortly after the spell was used, most of the mages of Saviors were killed and everyone who lived from the poison moved to the one continent. All previous governments from there ceased to exist and the old world died. Billions were now crammed into The City. 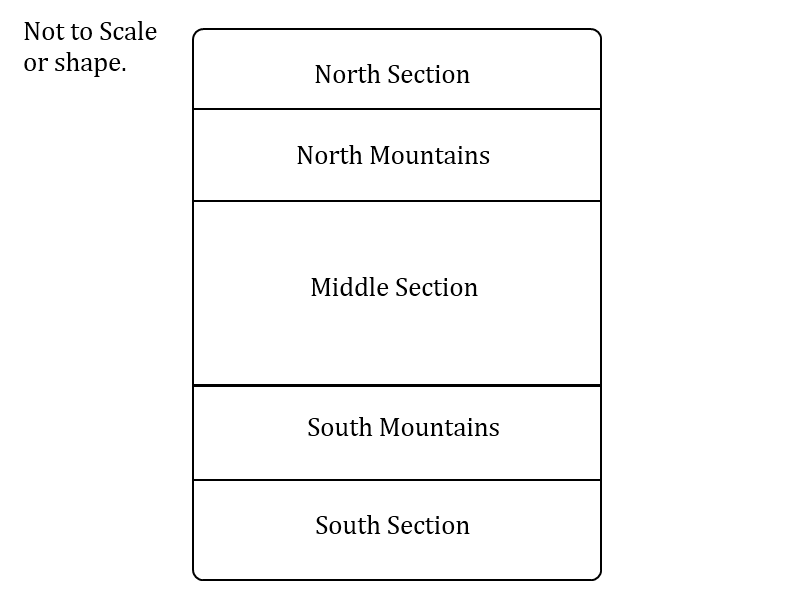 Districts were formed in the three sections, moats in-between them and a large network of sewers formed under the three sections. Many forests, jungles, swamps, deserts were covered by buildings all crammed together. However some districts still were mostly agricultural when possible and so farms still existed but not to the scale that it was before. Trees are scattered across The City and still provide enough oxygen.

Many Anti-Mage users moved to the sandy dunes Southern Section; while many Pro-Mages lived in the frozen Northern Section. While a mixture of the two moved to the Middle Section which tried to remain neutral in the Regular-Mage conflict. However many of these conflicts fell prey to the rise of factions that fight for control of districts and are sometimes the acting governments of districts but also bandits, assassins and Intel gathers.

In the game, The City is in the midst of the Second Major City War, which has been raging for over a hundred years between not only the three sections but the districts within.

Next time I will talk about Magic and how it works.

Now onto another interesting topic… Hair.

While you maybe starching your head at this, it’s actually an important thing in The City. If you have seen RPG Maker VX Ace games before, you will know that characters hair colors can range from Black to Brown to White to Red to Blue. However in The City due to its darker tone, I will be toning this down and only having ‘unnatural’ hair colors such as blue, green, and red be limited. So most NPCs will have blonde, brown, black, and brunette and a mixture of those instead of other hair colors typically seen in games of this engine.

Above you see two characters as their default colors. They’re pretty typical, the left one has blue hair and the right has green hair. Now for a setting like The City if you saw a large amount of characters with this hair color it would seem off.

Now you see the same two characters but with different more natural hair colors. They fit the tone a lot better.

Above you also see Kenoshi’s old version (left side), versus his new design (right), and you can see how it went from being blue hair to black hair. Because after changing the color of many of the tile sets to be less colorful in some areas it seemed out of place. (Never the less that I just wasn’t a big fan of the original design.)

But you also do have characters like Kayle and Ray Din who have red hair. Not “red” in the sense in real life where it’s basically orange but called red anyway, but actually red. One important character down the line has natural white hair and another natural green hair. You can almost see if a character is more important by their hair color but this isn’t always the case as it’s just with a select few.

Here is a scene example: 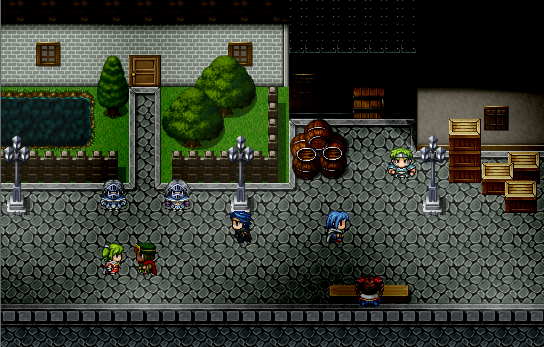 This is with full hair colors, you see Brown, but also Blue and Green. Now it doesn't seem bad at first but this also in a sense canonizes that these hair colors are quite common rather than rare. 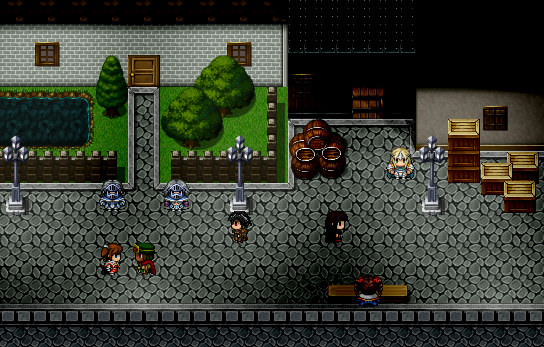 Same scene but with different hair colors (and one different sprite, since I haven't done too many colorizations...), and for me personally it just seems more normal and darker. Not so much darker in story sense but there is nothing to take you out of the game so to speak.

Well I hope you liked this! I hope that while I won’t do a
news for the rest of the week, to at least post new screenshots. J