Lords of Xulima will feature a combat grid.

NumantianGames wrote: "When in combat, the player characters and your enemies are each arranged into two lines: the front line, or vanguard, and the rear line, or defense." 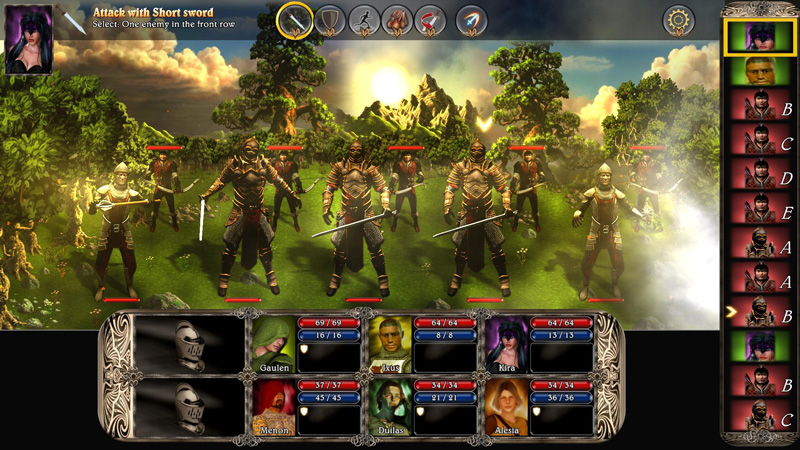 Reach, what kind of weapons used, and positioning on the grid are all important factors to consider. (Full explanation in Indiegogo Update #5)

Each row has four spaces to choose from. However, the front space must always be occupied before a back space. You cannot have a combatant in the back line, without someone being in front of them.

NumantianGames wrote: The types of characters you choose will have a big impact on your strategy. 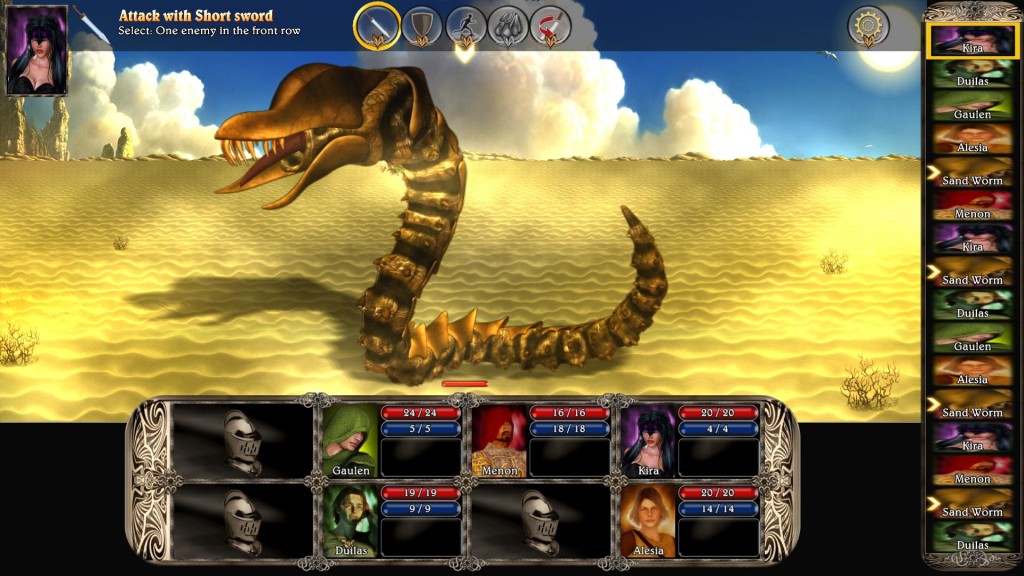