Puzzle art concept studies: we're calling all hands on deck, there are three polls waiting for your opinion!

As promised, it's time to showcase concept art studies for our new puzzles. After testing the Alpha Build, our testers' feedback encouraged us to redesign our gameplay to create more interesting and challenging puzzles. After successfully testing some of the ideas in Unity, namely the log completion puzzle, we've moved on to the next phase: concept studies.

You're probably aware by now of our very difficult dance with concept art ⁠— it starts with a few tentative steps in the right direction and after a while we're spinning around and around, going with the flow, and we stop trying to control it and let it take us where it wants to go. And now it’s time to take you on our journey. So, buckle up and let’s jump right in!

We started with the log. Joana designed dozens of different logs and placed them on Loowa’s environment mockup to give us a better understanding of how they would actually look in the context they’re going to be used in. 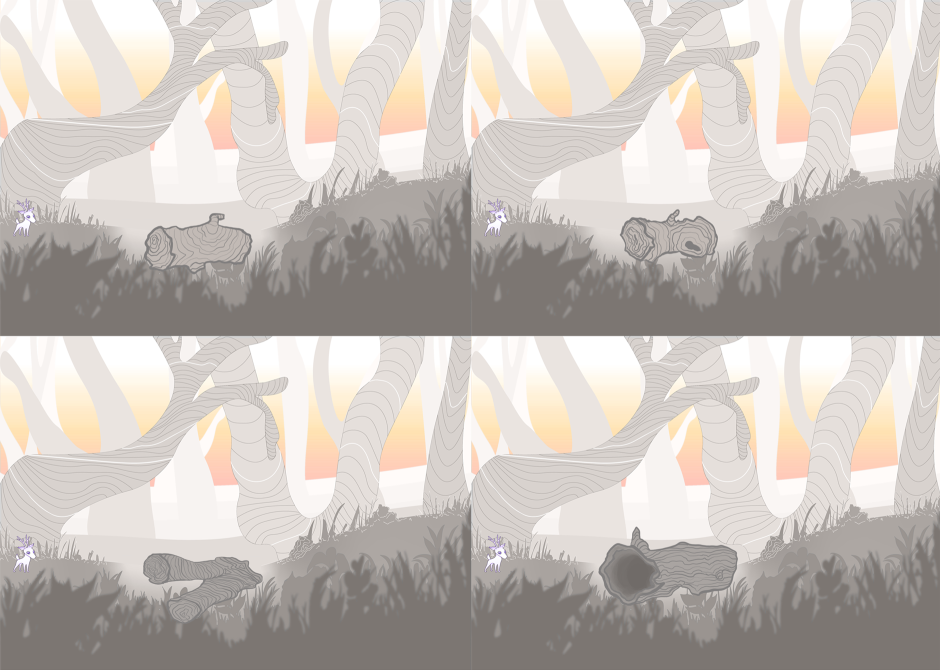 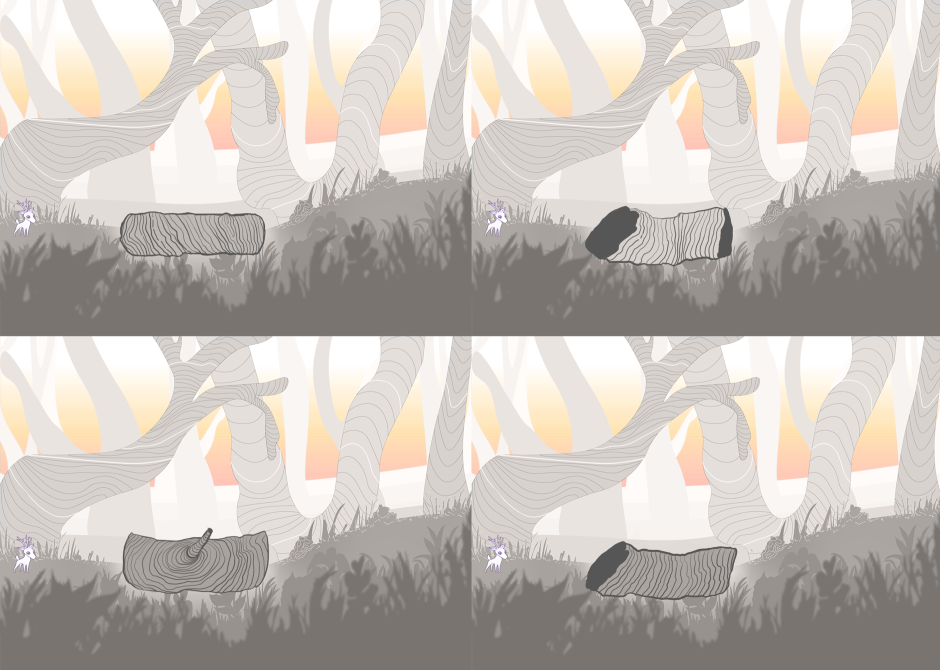 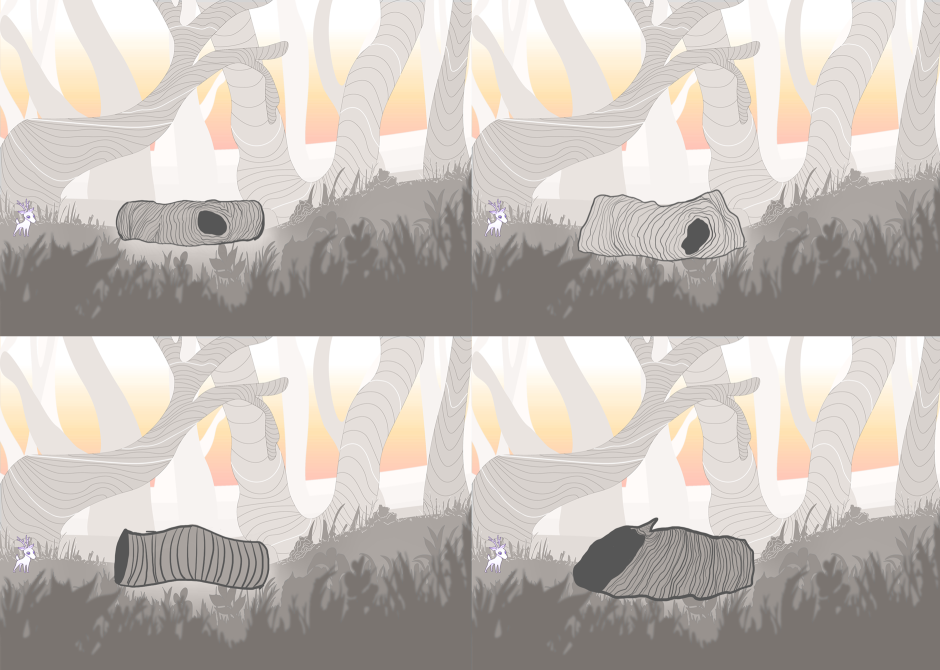 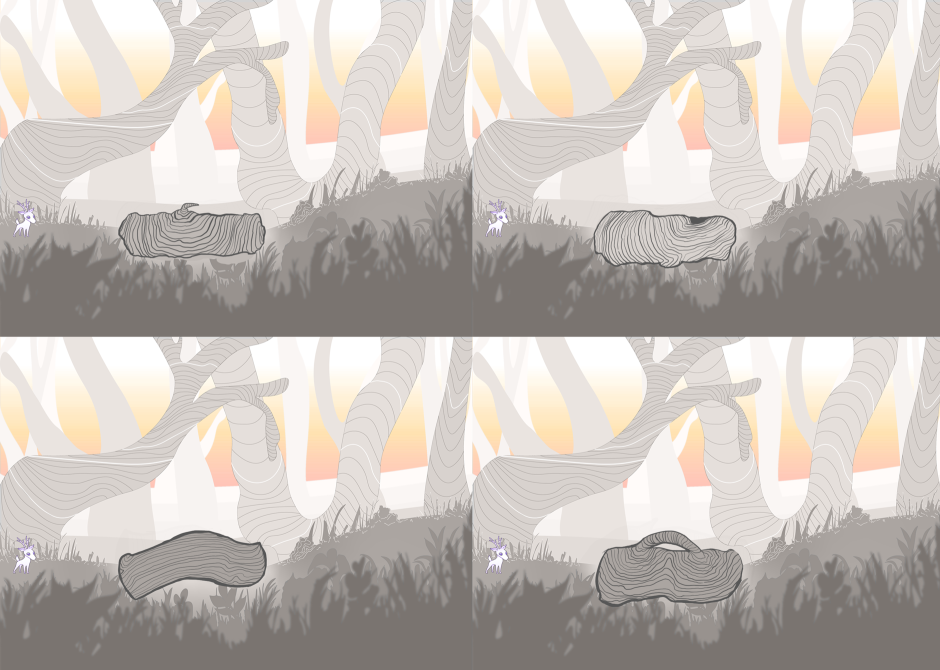 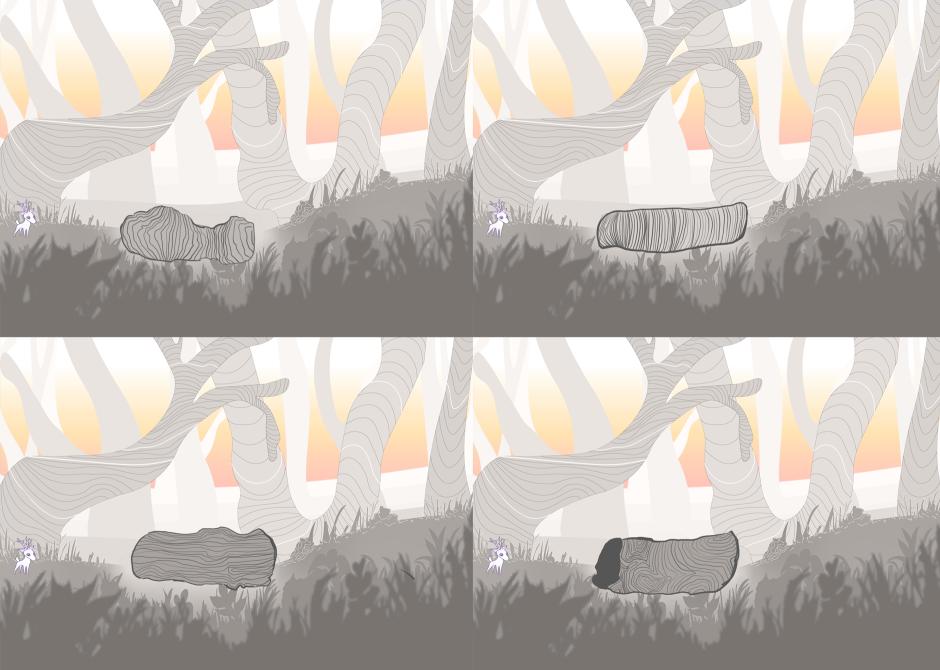 After analysing all the tests, we realised that the most interesting logs were the ones which had holes in them, making them appear more natural and realistic, so we selected the four which better suited our game: 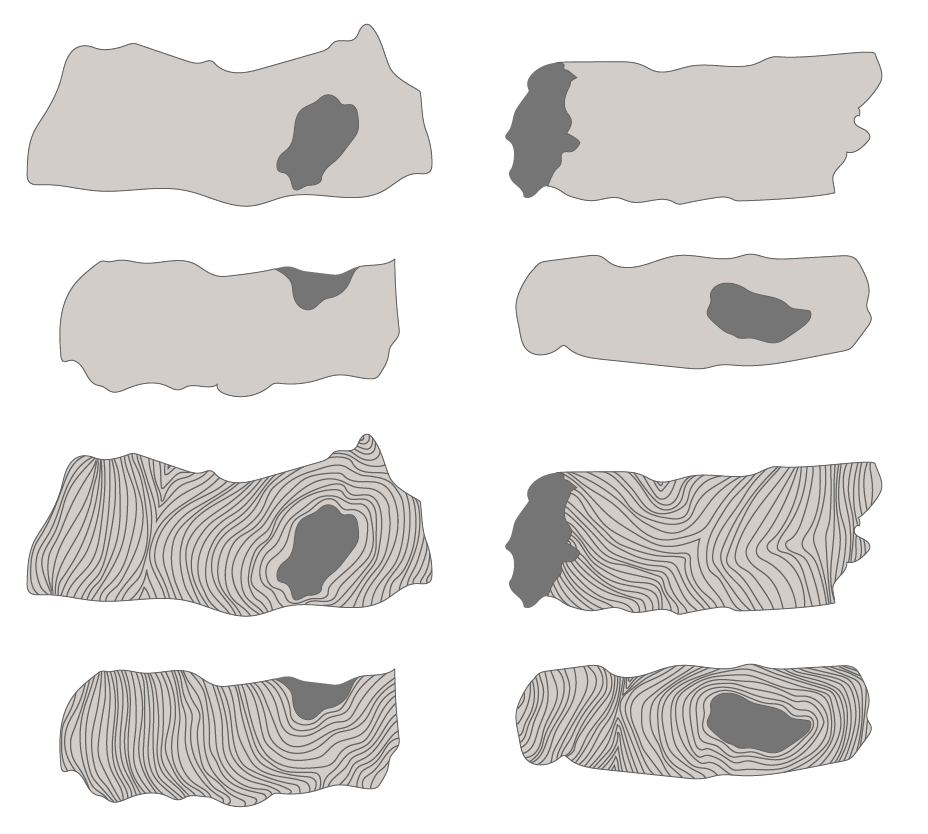 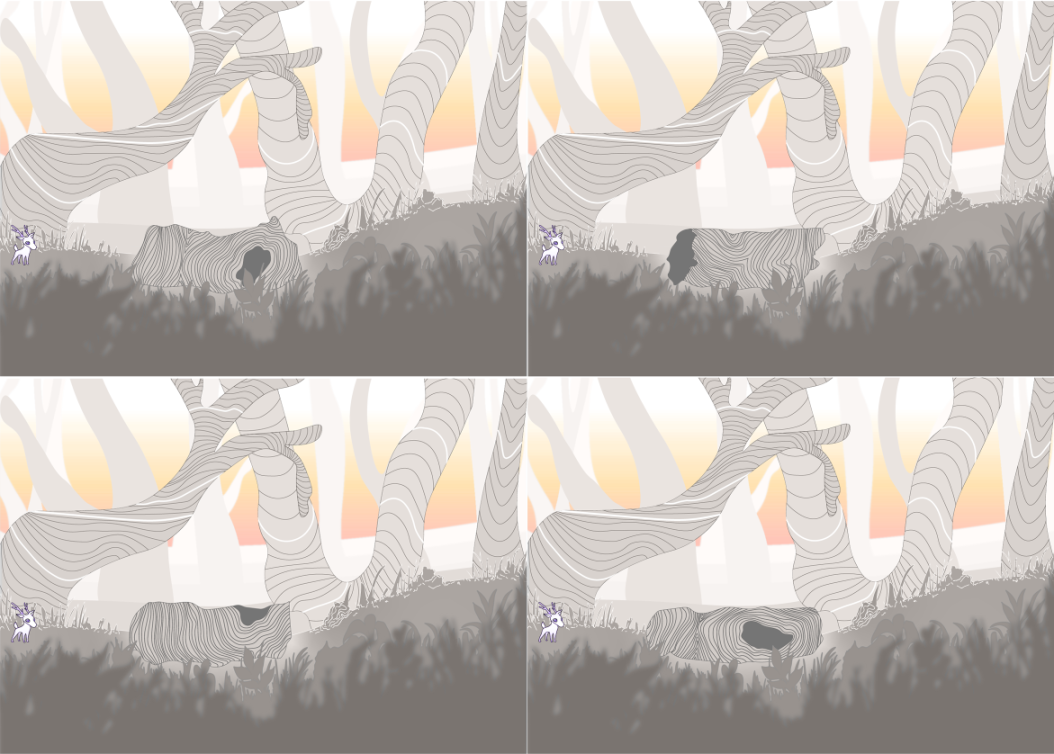 Which one do you prefer? We value your opinion, so vote on our Twitter poll.

After the log, we turned to the flower, present in a new type of puzzle which will be revealed soon. However, the idea behind it is the same as the log: the flower serves as a stepping platform for Loowa, it helps to complete the path for Loowa to be able to move forward.

As usual, Joana started the flower concept with a variety of quick sketches, experimenting to see which types of flower worked better with its surroundings. 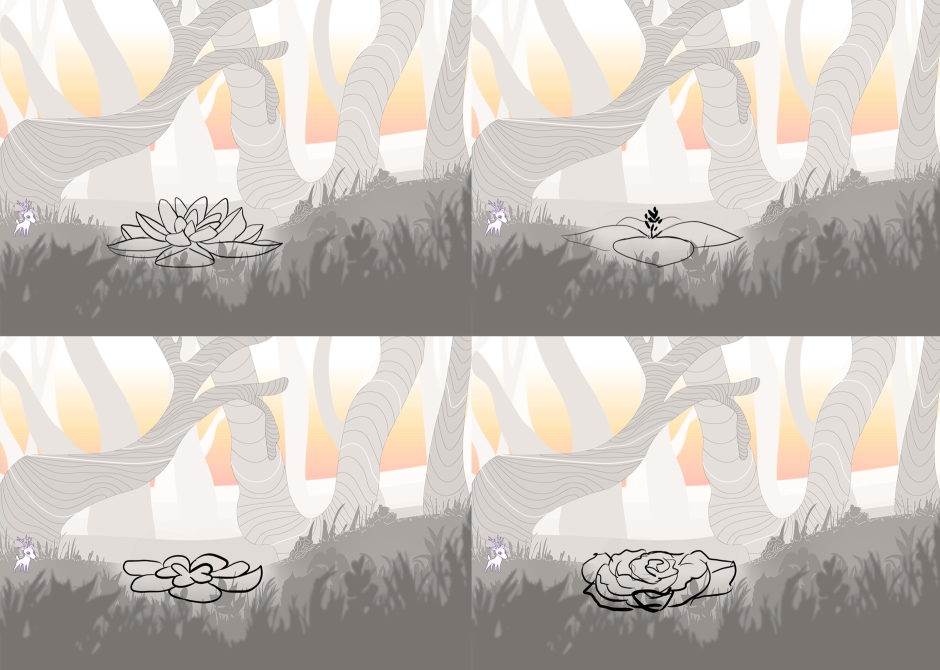 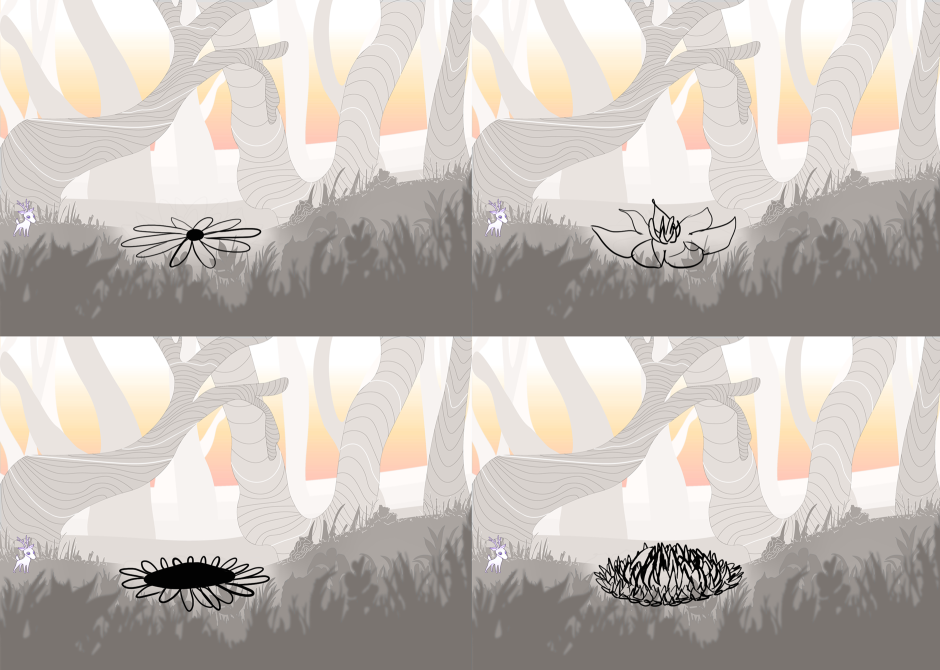 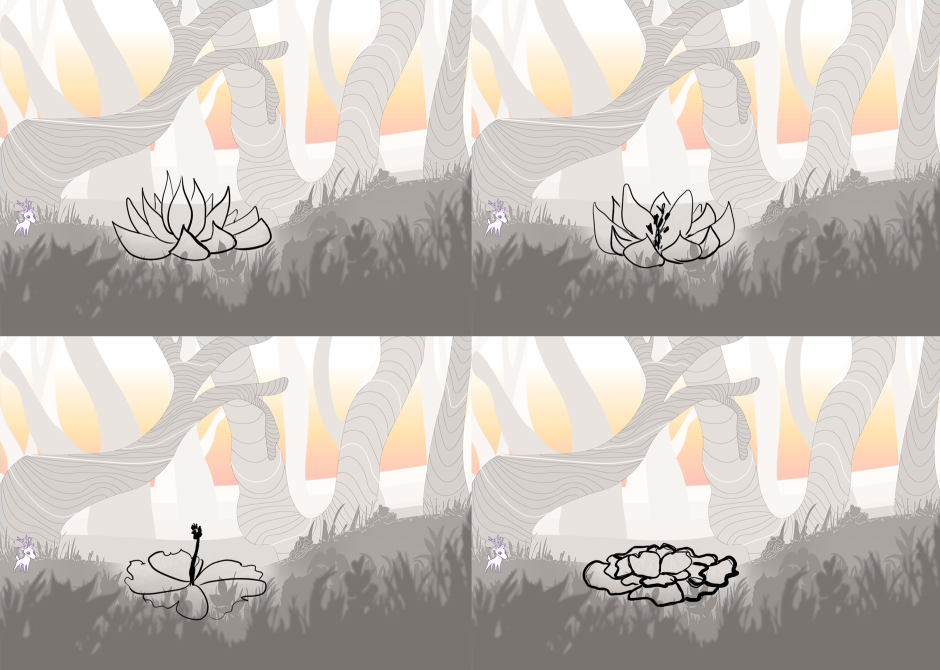 After seeing the flowers in the environment and also taking into account the puzzles we’re going to implement, we decided to focus on the more detailed flowers, bigger and with more petals. So it was time to refine and further develop those sketches. 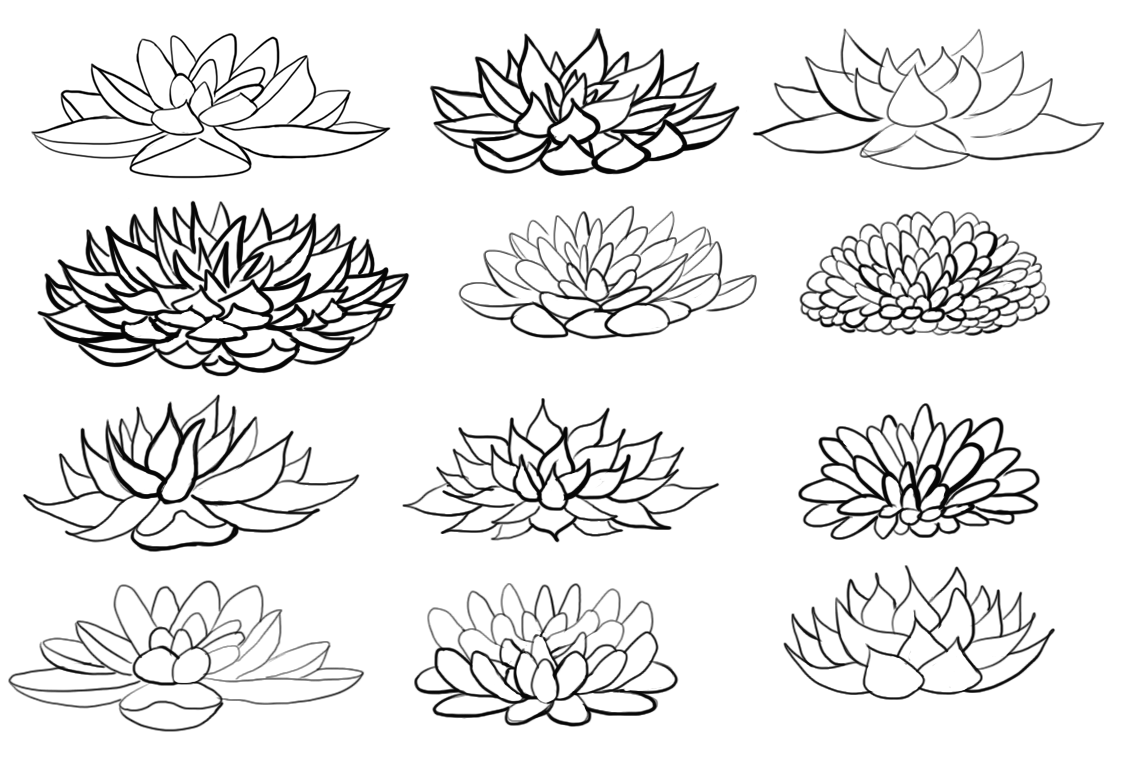 From the flowers above, we selected the more interesting ones, improving them even further: 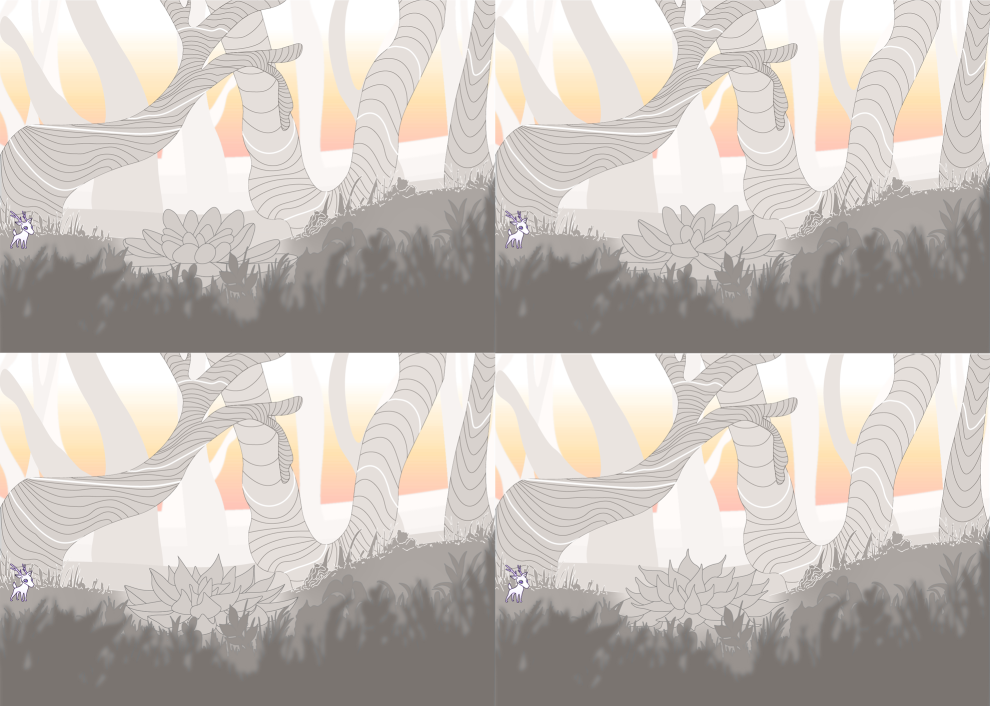 Which one do you prefer? Yes, it’s time for another poll! Give your opinion on our Twitter poll.

Last, but not least, we present our flower colour studies, the most visually striking part of this article. 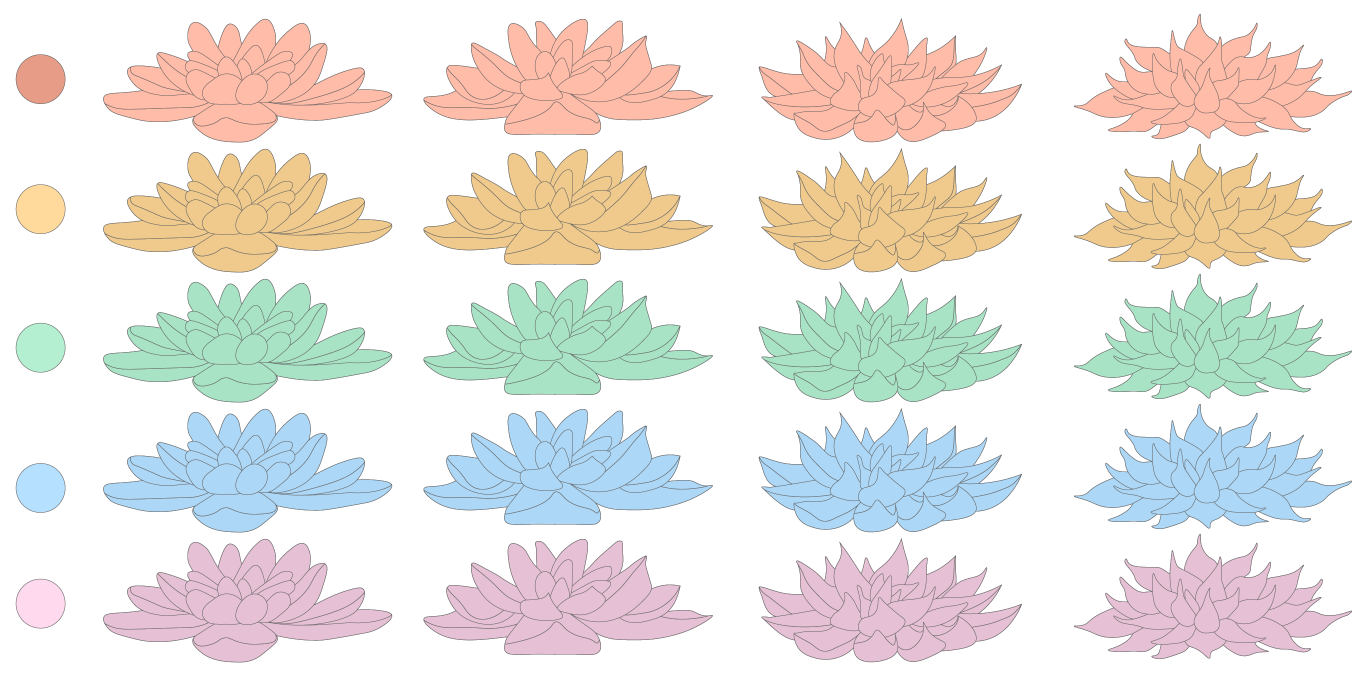 On the one hand, there’s the idea of choosing the colour of the flower according to the background of the path they’re in (each path would have a differently coloured flower), but, on the other hand, we’re intrigued with the notion of using a neutral colour (the same one we picked for the door) for the flowers in all paths. 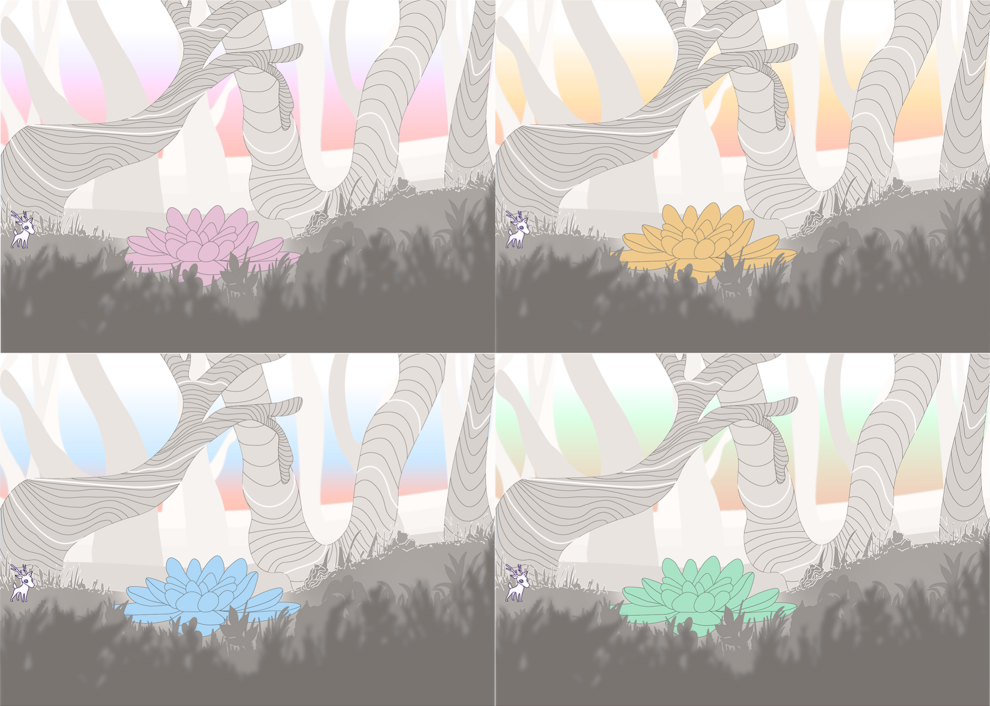 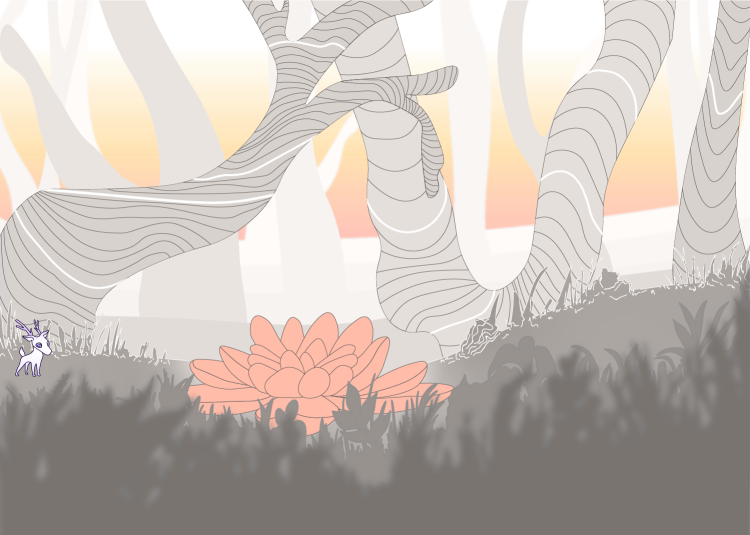 Yes, we're calling on you to give your honest opinion not once, not twice, but three times in the same article! Like a television talent show, you've got all the power, so use it wisely!