This release adds a tutorial level and initial gamepad support, along with usual improvements and bug fixes.

Posted by fractilegames on Sep 1st, 2013

This release does not bring a lot of actual new game content, but improves existing features and fixes some bugs. The most visible changes are improved menu, initial gamepad support and a tutorial level. 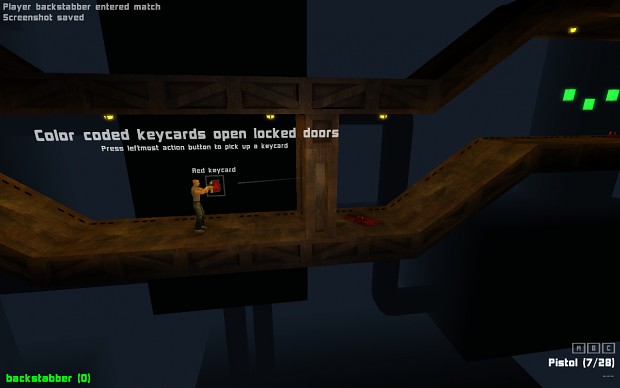 The game currently supports PS3 (Linux only) and Xbox 360 controllers and any other gamepads that are compatible with either of those, like Logitech F310/510. I will improve the gamepad support later on.

The plan for the next release is to focus on new content and do some server-side rework to finally fix the long-standing multiplayer matchmaking issues.

From Desura (will be updated soon):

The reason why PS3 controller is supported only in Linux is that I couldn't find an acceptable Windows driver for it. If anyone knows a relatively easy way to get the PS3 controller working in Windows without the shady MotionInJoy driver, please let me know.