Loading and saving in the game, where we are so far, what our considerations were, and the obstacles we've faced.

We were looking for an easy way to customize our ships and save our results. Until now we’ve been able to make changes to a ship from within the game, but it wouldn’t be saved, and we’d have to manually change the code for that.

So we started implementing the Load/Save mechanism.

Currently we’re using it in development to be able to define loadouts for our ships, so we can test out the balance between ships, and also, you know, tell if a ship is fun to play. 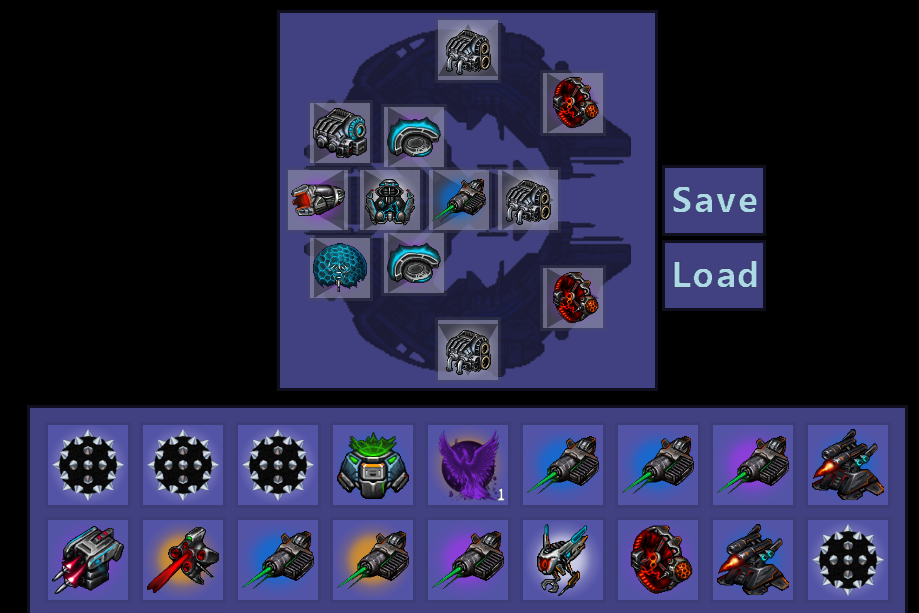 We’ve examined several options, XML, JSON, and binary formats. The final decision will be made later on.

We are now facing another problem – we have so many items that they can’t all fit in one screen. We prefer to avoid adding a scroll bar to the inventory UI, so we added an option to filter items by type. That helps for now but we probably won’t be able to completely eliminate the need for a scroll bar.

We’re starting to add the option to save and load a game, which is obviously mandatory for any game, pretty much. We’re currently in the process of defining what needs to be saved and what doesn’t, for example, when you visit random star systems and clear out the enemies, do you have the option to return there later on and start it over? Or do we save this information and leave it empty? Probably some kind of combination, since our world is living and constantly developing, you may clear out an area, only to come back and find someone else has been encroaching on it while you were gone.

Tell us what you think in the comments.

If performance isn't an issue for saving/loading (I/e/ the game is paused) then XML would be great because its the easiest for players to mod. If performance is paramount (tgame saves while playing) then look at protobuf.net. Its an order of magnitude faster/smaller than anything else. Here is a link to a performance test:
Theburningmonk.com

Looking forward to seeing the game.

We started using JSON format for saving, but we still haven't made the final decision.
I've heard about protobuf but have never worked with it myself.
Thanks for the suggestion rogerbacon50!