The game engine is progressing at a phenomenal rate, at lot of the stuff I did last month paved the way for this rapid progress so mechanically we are witnessing some of that enhancement as the roots start to bud on the surface. It’s shocking how quickly we are moving towards the ‘end-game’ scenario now with the planned ‘Overlord AI system’ and the Map editor looking pretty close on the todo list.

So progress remains brisk with the basics of the Ship Configuration screen in and running. Building that thing gave me the chance to start making sense of all the attributes – converting them from meaningless stats (Shots per Cycle, Rest time, etc.) into stuff the player will recognise (Damage Per Second, Damage per Cycle) and formatting that text nicely. In fact we ripped out the Unity standard text rendering system and put in a bespoke solution meaning the text is now nice and crisp and we also rewrote the tooltip system to be much more extensible. 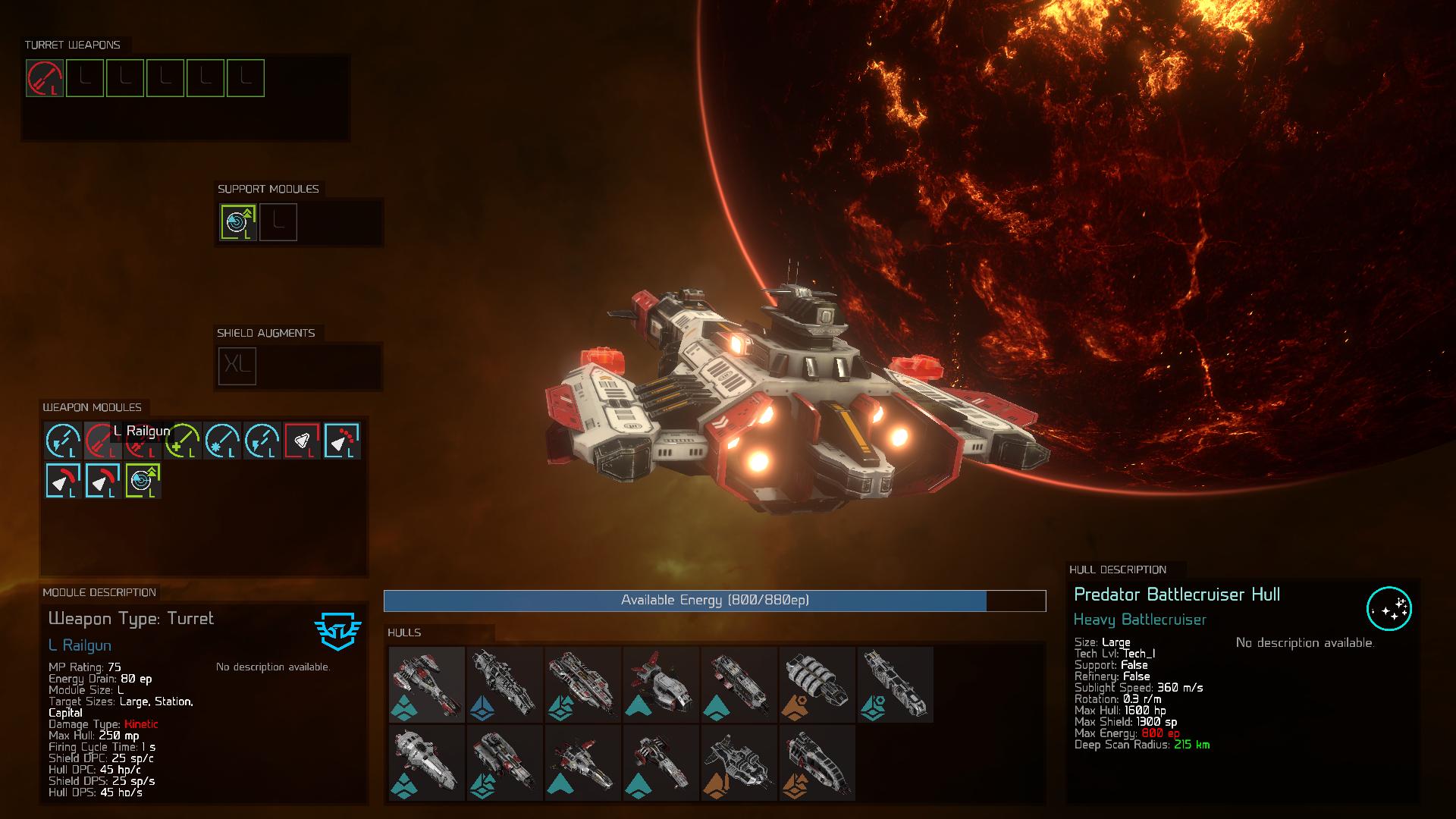 Back over to the tactical simulator we tried a system of shaded spheres to denote ranges, be it scan ranges, status effects or weapons and we found it to work extremely well. Of particular note is the highlighting of the intersection of the spheres with the battlegrid greatly aiding in depth perception.

On the subject of status effects, we incorporated a system allowing enhancements/debilitations to the ships in certain areas adding advantages to hiding ships in asteroid clusters and nebulas and making them a much more enticing place to do business.

The weapons systems previously used on the ships were a bastardised set of solutions in use since the initial prototyping phases and were the primary resource hog causing frame drops in intense combat. We rewrote them from scratch, adding new variants of weapons effects and making them much more performant for the busy arenas they’ll be used in.

The biggest enhancement to note is that all projectiles are fully simulated and that applies to both Fixed Weapons and Turrets. Provision was included to add Fixed Weapons to the large ship classes also we’ll soon see huge spinal mount weapons of doom. 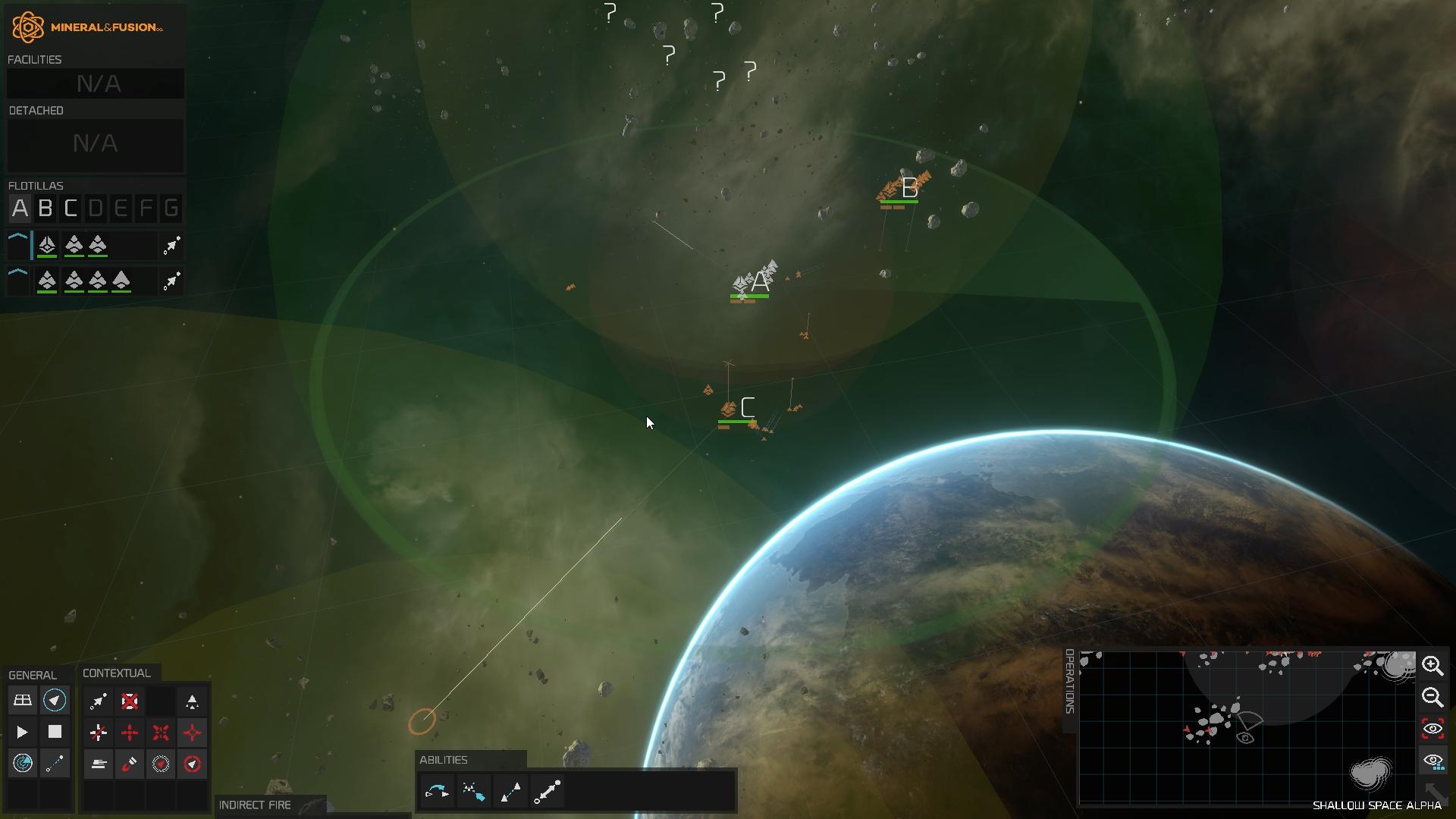 The game engine is progressing at a phenomenal rate, a lot of the stuff I did last month paved the way for this rapid progress so mechanically we are witnessing some of that enhancement as the roots start to bud on the surface. It’s shocking how quickly we are moving towards the ‘end-game’ scenario now with the planned ‘Overlord AI system’ and the Map editor looking pretty close on the todo list.

The pre-orders, although not doing fantastic, have supplemented my personal investment greatly allowing me to invite fresh talent onto the team. A new environment artist is working with the 3D guys to really sculpt depth into the scene (a German guy, with efficiency and quality exceeding expectations,) the musicians over in LA have seriously nailed the Micheal McMann formula and are filling my ears with music that literally brings tears of joy to my eyes and we have another programmer, a Russian dude working to port over the Quake console which will be incredibly important when it comes to Early Access.

Why is the Quake console important? Because each of the databases in Shallow Space are runtime importable/exportable and I'm hoping that the power-players will surface pretty early on to start having a tinker with attributes (perhaps even going as far as creating abilities.) But by far the biggest advantage is localisation, with databases of text (currently UI only) being runtime exportable for cunning linguists to convert. (Interested in that? PM me) 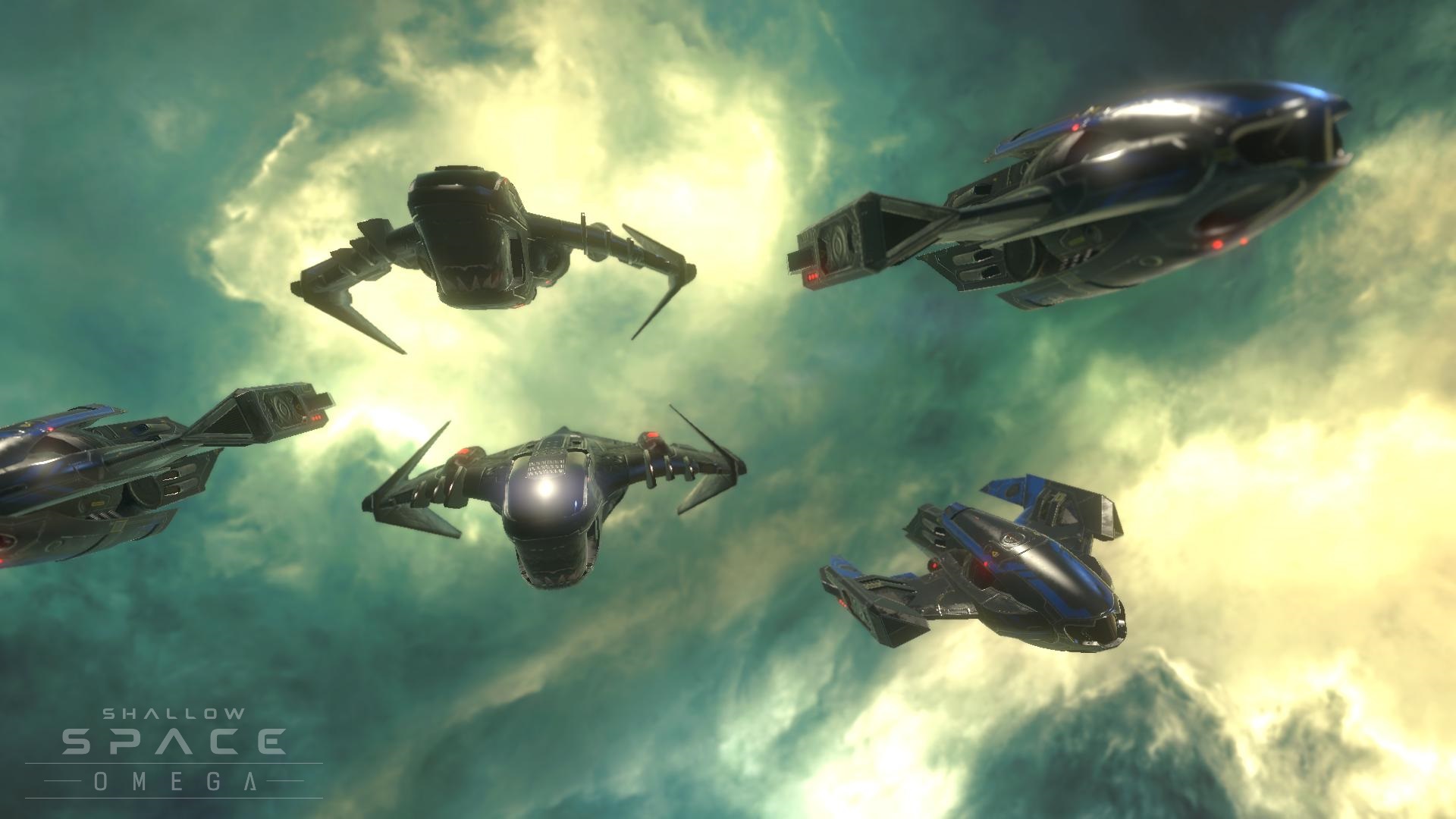 The Omega Directive is progressing sweet also, with a Heavy Corvette model about to emerge - that’s one area I wish I could speed up but like everything with this thing creating quality takes time. In fact marketing, community, team and business management (not to mention life) all eat into valuable dev time so I'm sad to say the Early Access will be delayed.

Part of this entire exercise is knowing our limits; we can't push this thing too hard, it won't help us to make it or you to enjoy it.

Still, the delay is not from lack of trying though we promise you that and you should check out the following stuff:

Feast your eyes on this latest video also (#46,) which should give a pretty clear indicator of where we are now.

Pre-ordered now, had a go at the demo and it's looking pretty sharp. Keep up the good work and I look forward to the further developments and it's eventual release.