The story so far, implemented features and future plans.

Hello! I thought I might start this introduction with a little history. I started working on this project this February in JavaFX's 3D engine where I tested out the main mechanics. Since JavaFX is mostly aimed at business apps and doesn't have that good game support I decided that I need to switch engines. The main contenders were JMonkeyEngine 3 and Unity, but since I'm much more experienced with Java than C# I chose to use JME3. This was about three months ago and I've been porting the game to the new engine ever since. Here are some of the features that are already implemented:

One of the reasons that development is taking longer than anticipated is that I've decided to use JME3's integrated BulletPhysics engine. Now every rotation and movement is done using forces and makes the game much more lifelike and enjoyable. Not to mention epic collisions. 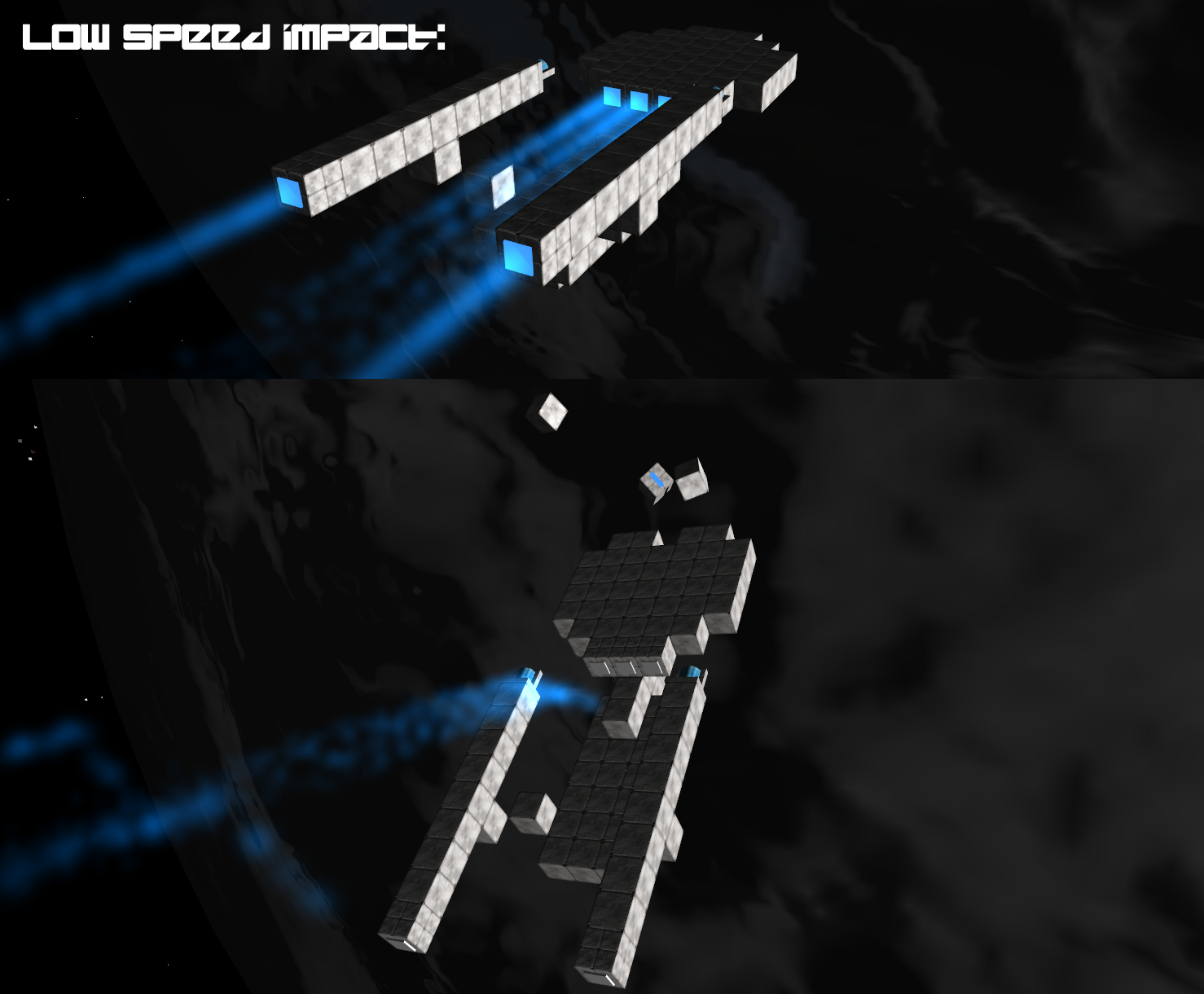 This is a thing that I wanted to include from the beginning and it's finally taking shape. Here you can see a WIP shot of the placeholder sector map which shows locations of all generated solar systems to which you can travel to. Still needs a ton of work and a way to jump to other sectors when you get close to the edges of the first one. 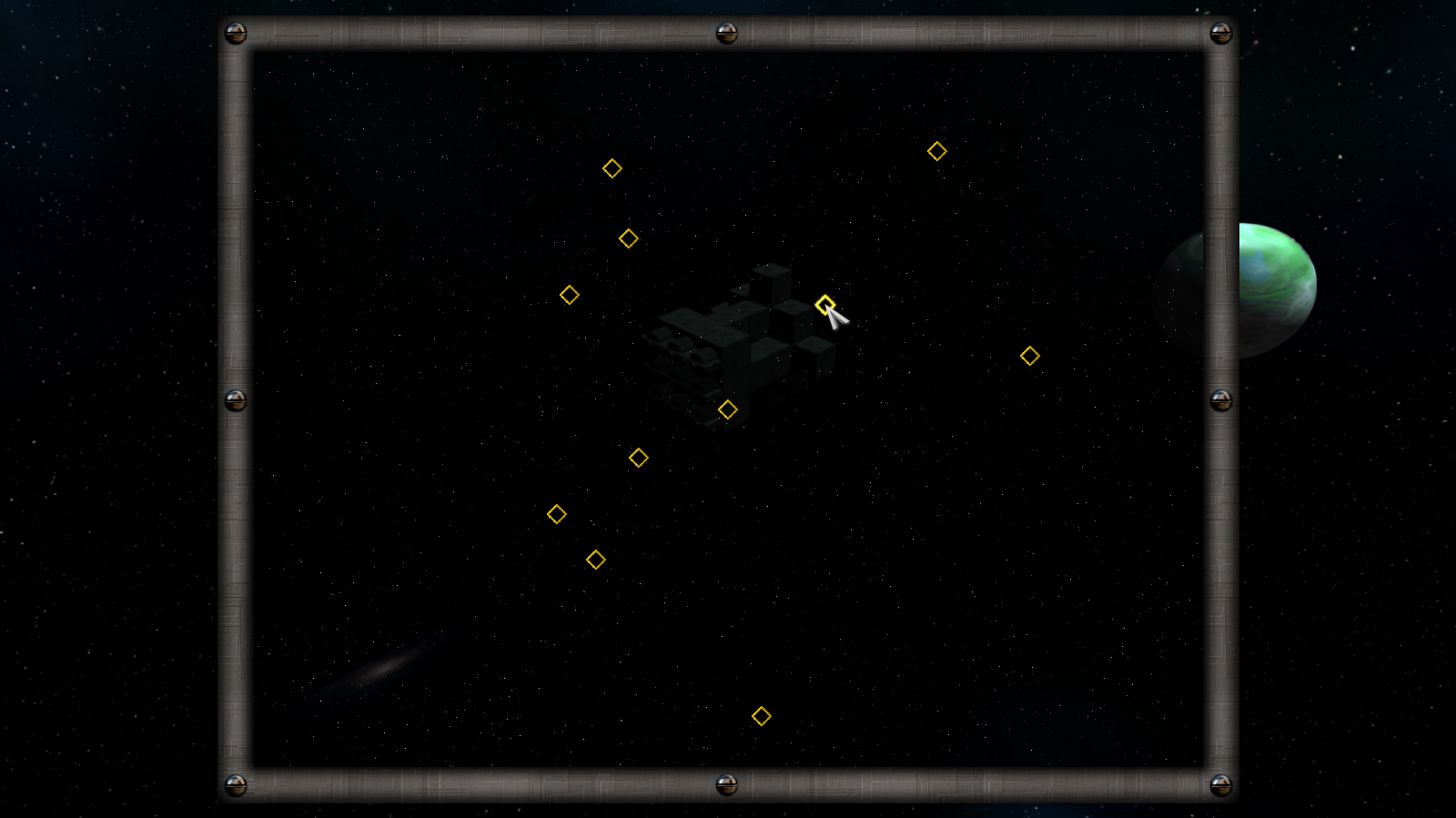 These new planets also have moving clouds in a transparent atmosphere that is layered on top of the ground texture. While the base textures of the planets are fairly limited as of now, every planet has a random color shade, rings and atmosphere which make every planet quite unique. 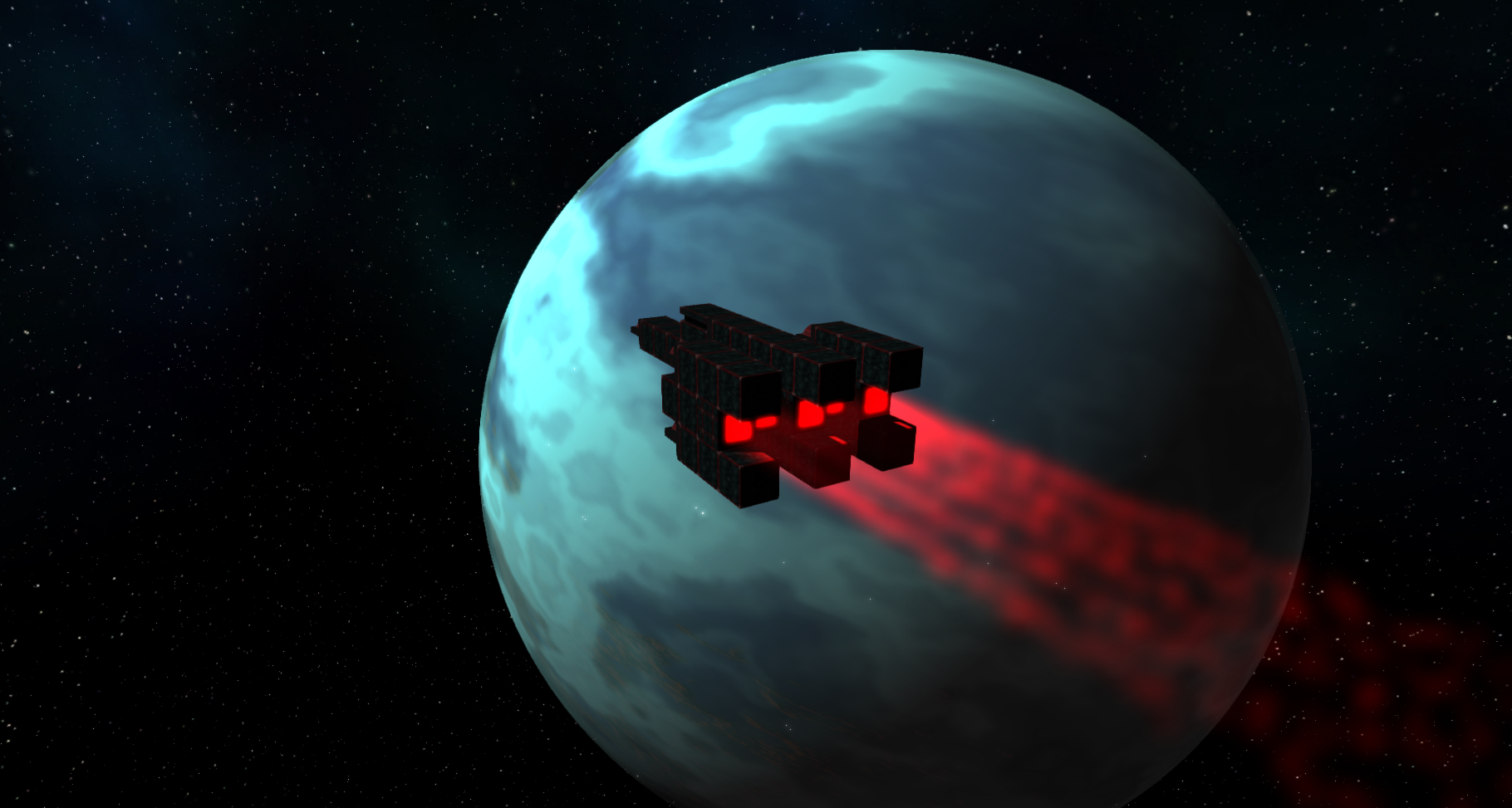 While AI controlled ships spawn and fly (and are also tagged with a marker to make them easier to see), their behavoral code still needs huge amounts of work. Any way to diplomatically interact with them is still missingsince there are no dialogs yet. 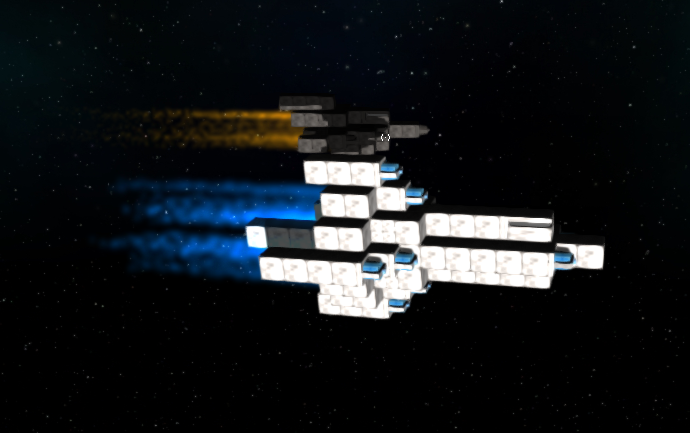 I've recently overhauled the building to a faster and simpler click-and-drag system which is far more accurate and easier to use. I'm not gonna lie, it was heavily inspired by TerraTech - which is awesome and you definitly need to check it out. 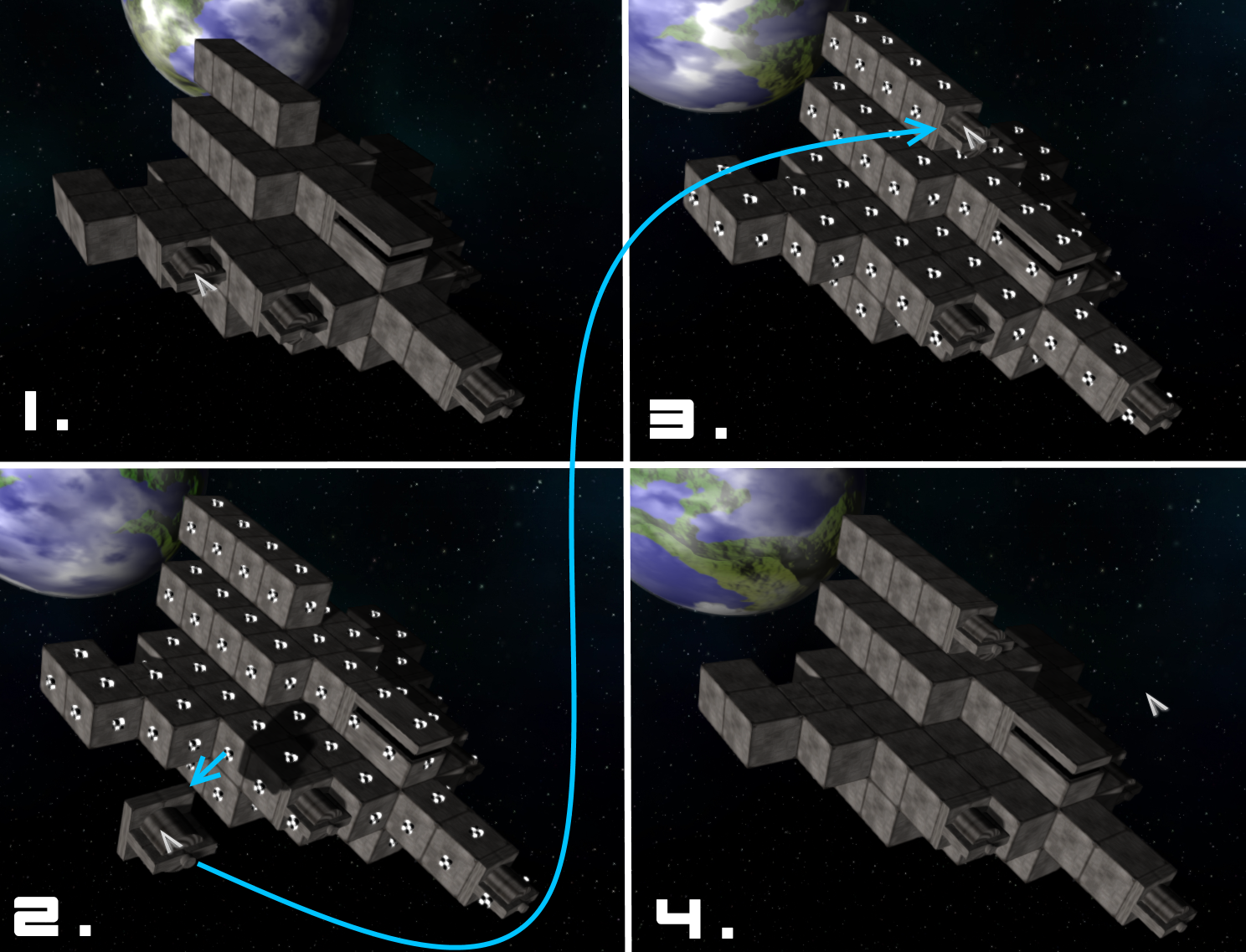 Since you are bound to run into fights, there is a combat mode that powers up your laser weapons, enables strafing and lets you control your ship using the mouse which allows for more percise movement. 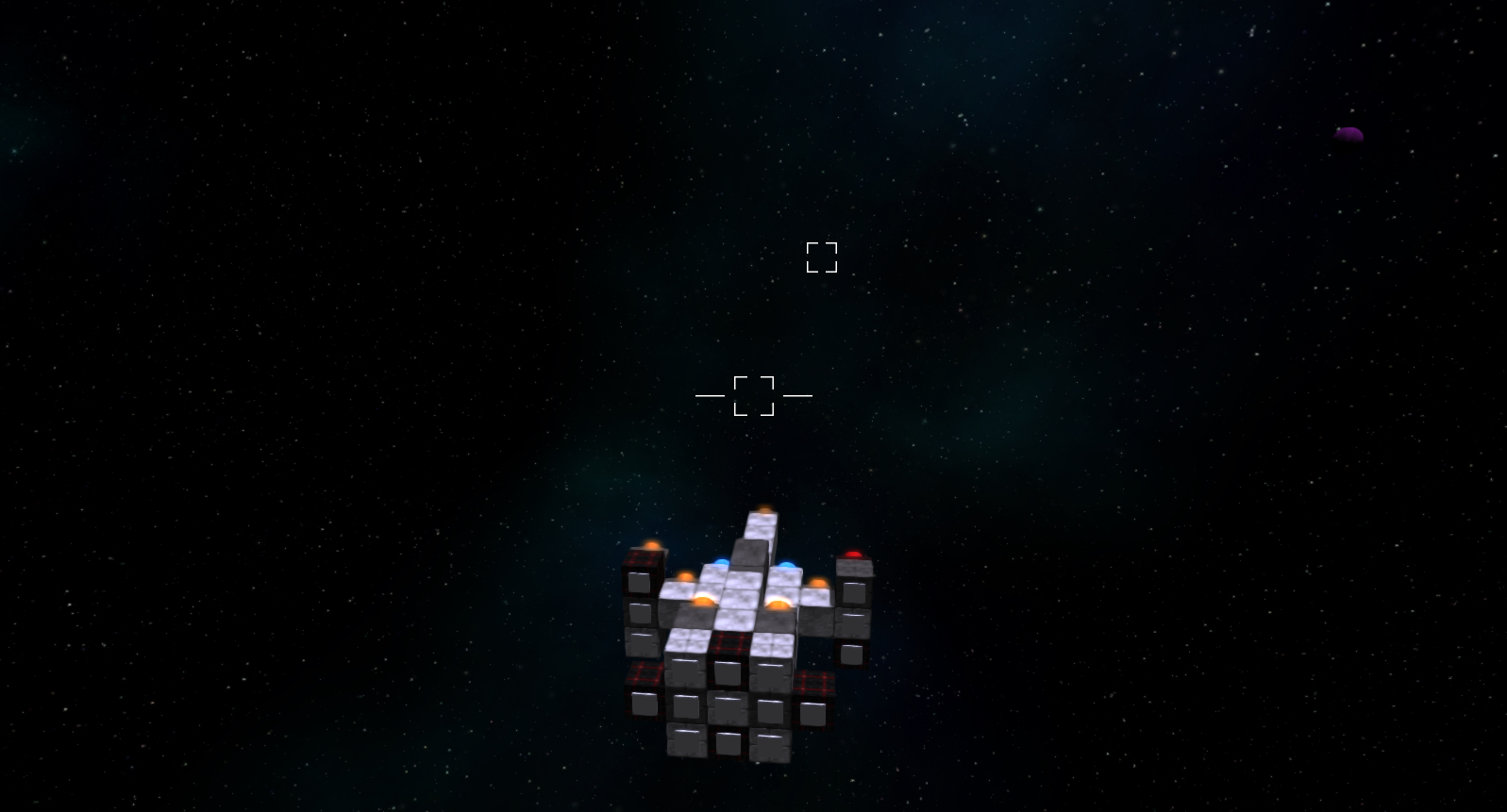 The ships you make can be saved into a foler that generates inside the game launch directory. It even accepts .shp files from the old JavaFX version if you have any around to use (some can be downloaded from the official site's forum).

The loading system is what you'd expect: the game scans the generated "savedships" folder and lists all .shp files that it can find and makes them ready to load on a moment's notice. You can also delete unwanted ships right from the loading screen. 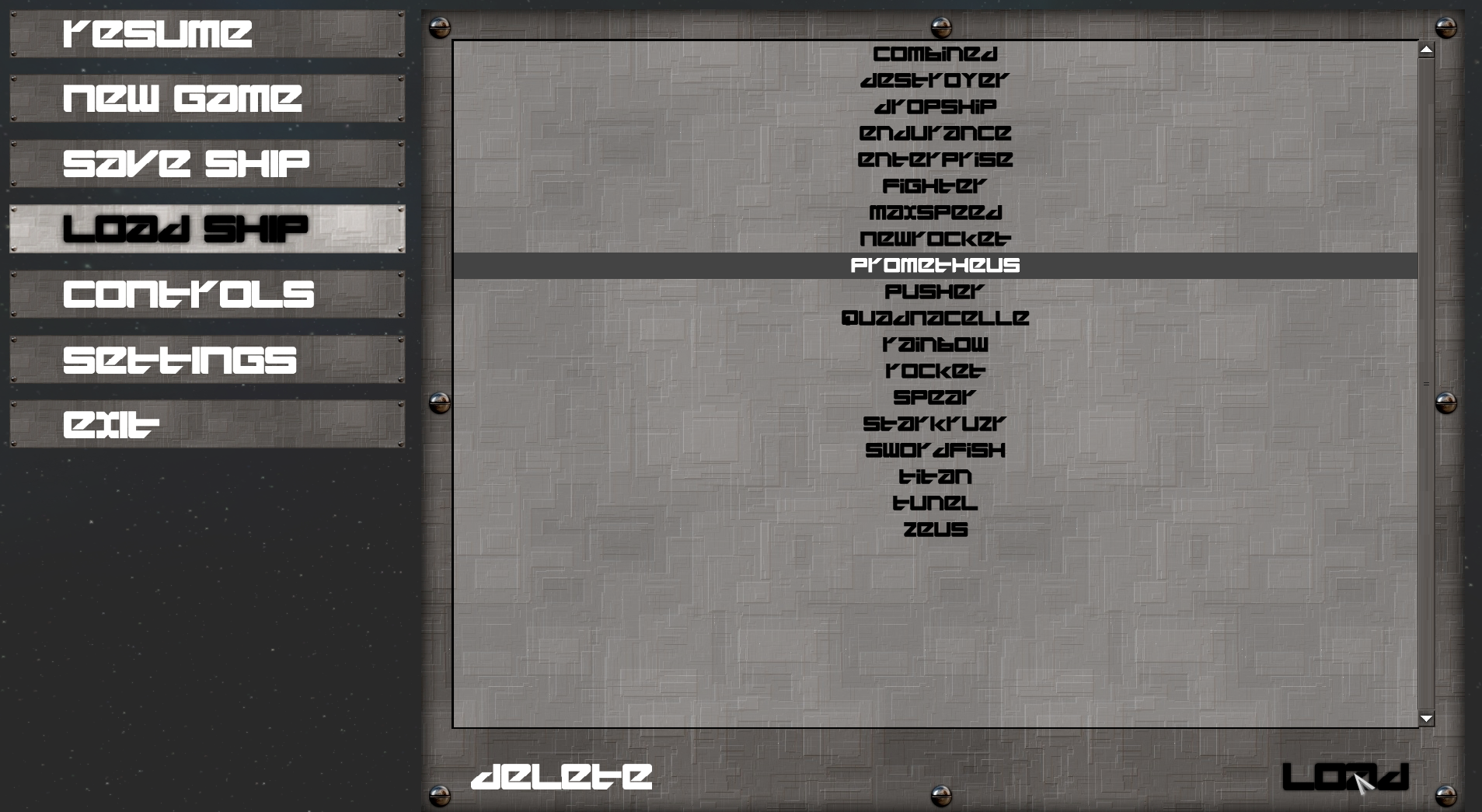 The basic outline of the game is here but a lot of things are still missing and will be added in the following months. Some of them are: diplomatic dialogue with npc ships, trade with planets and colonies, fully functional laser and tractor beam modules, and many new modules.

If everything goes according to plan I'll be releasing a tech demo in the next two or three weeks. You'll be notified as soon as it is up for download.