No this isn't an article on current affairs, but in the thousands of years that have passed to the setting of Aries, things have managed to get worse! Over the past month, lots of work has gone into the AI from the battle maps through to the campaign map AI. In this article, we will focus on the changes to the campaign map and the diplomacy options that you currently have.

The current diplomacy options allow you to create non-aggression pacts and form alliances if peace is your goal. Factions in a non-aggression pact will have their relationship with all factions damaged if they break the pact. Factions in alliances will be sworn to fight alongside each other, and breaking this agreement or attacking an ally will have a significant impact on the factions relationships. While your empire is mighty sooner or later, you will want peace(for a time) with your sworn enemy, and if you have them at the mercy of your overwhelming might you can try and extort them for all they are worth before suing for peace! If they are a mighty foe and have you beat a well-placed bribe might allow you to avoid destruction by securing peace. 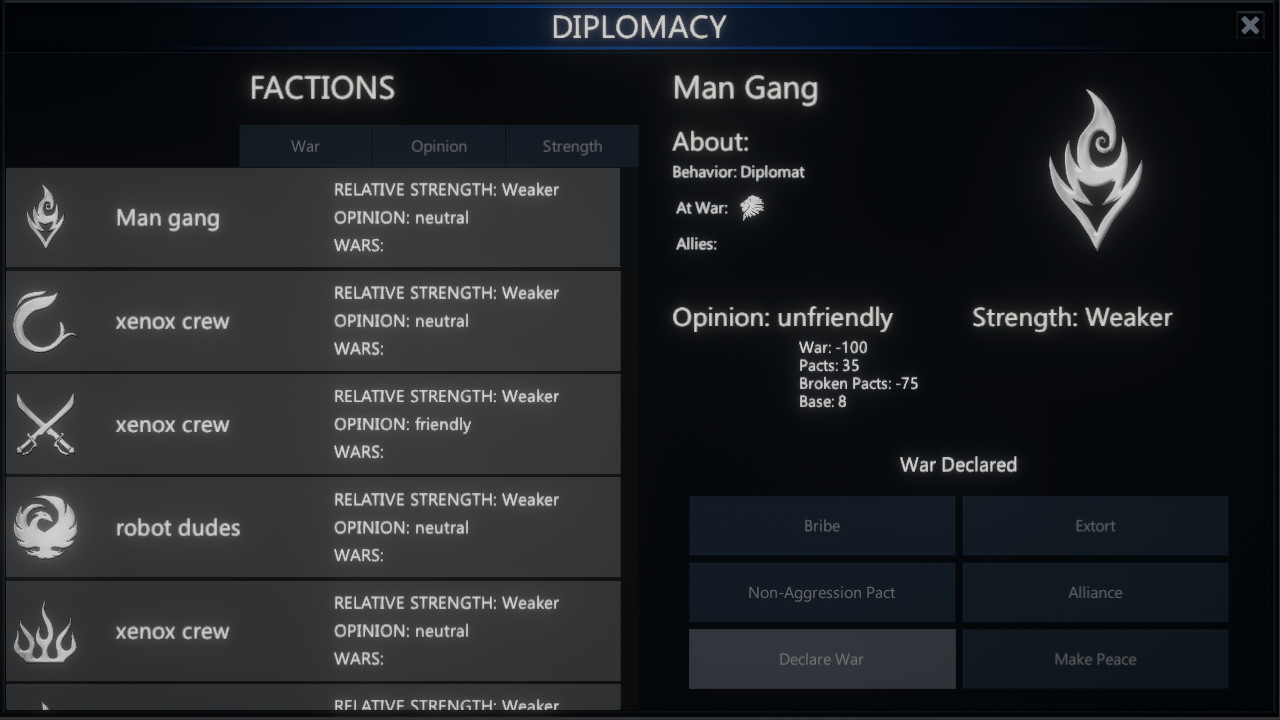 AI's use of diplomacy

The AI puts a lot of thought into its diplomatic relationships and will use them to gain leverage over opponents and to prevent war with stronger powers. Each of the AI factions has there own diplomatic agendas, some powers may be diplomatic and open to building alliances and others may be more aggressive and focused on exploiting weaker groups. Diplomacy is also a way for us to create an endgame challenge for players. As the game draws to an endgame state where the player would normally start to snowball in power compared to the remaining opponents, Aries has the AI factions band together more closely to form a force still capable of mounting an epic struggle for the galaxy. 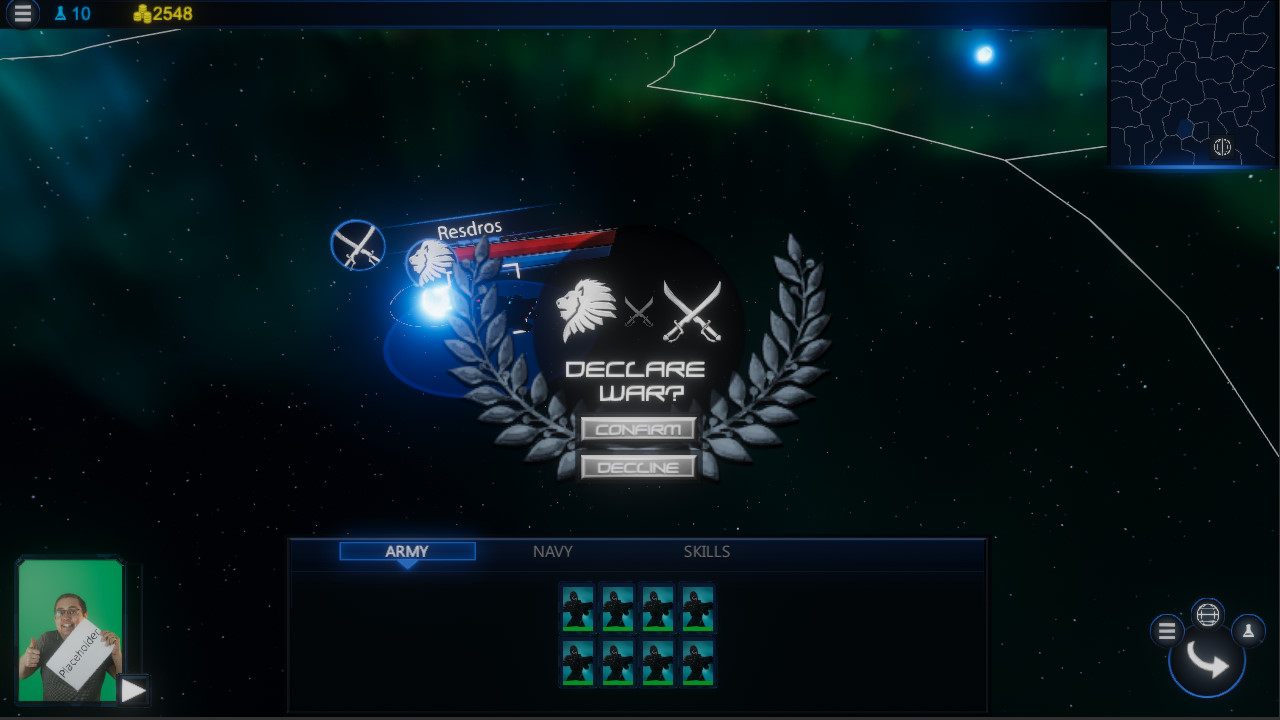 The diplomacy system is one of the newer items to be added to the game and as such will undergo many changes before launch. One of the key changes still to be made is allowing for complex deals, this means the ability to bundle bribes, alliances and peace offers together and get a yes or no for the whole package. We also want to look at adding a measure for loyalty, where long term friends will become more loyal and people betrayed by others will be more likely to betray themselves.

Some minor (but cool) features this month:

Aries points on battle maps now have a visual display of the capture progress. The battle AI now has a grasp of how to perform a flanking manoeuvre!(more on AI in its own post soon). A mini-map has been implemented in the campaign map, well actually it has been re-implemented so the map can have overlays such as faction territory colours or alliance colours.

I am delighted to announce that the game has reached its alpha state. This means that a full game can be played from start to finish and all of the major features are in it! The first full game was compleated on the 03rd of January 2020 and involved fighting all of the battles on the same map. 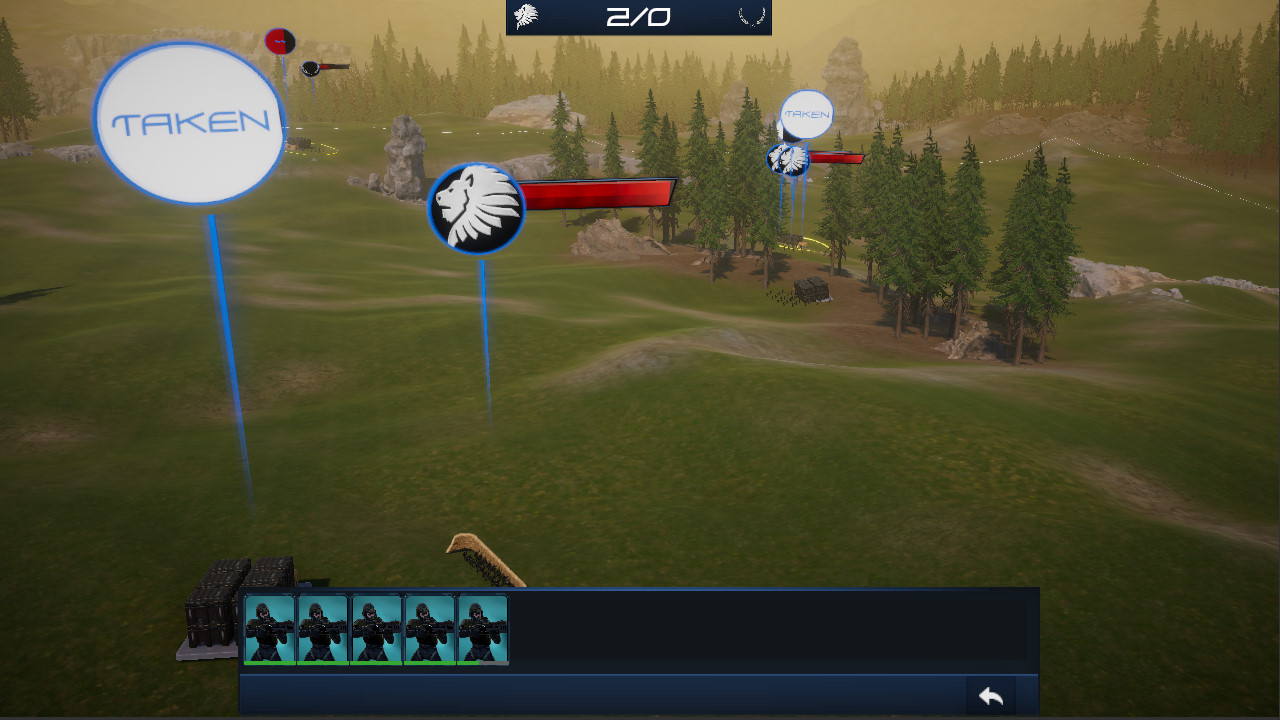 Where we are going

Obviously, there is still a long way to go but it is nice to now start looking at the remaining content, refined features, and to start bug fixing. Over the next month, I am going to be working on the key art for the Knights and Mech cult. I hope to be able to share some first-pass art for both of these by mid-February. If you would like to stay up to date don't forget to watch this project on IndieDB, and follow us on Facebook and Twitter.