A small blurb about the level generation in This is Dungeon.

Posted by AtomicMonster on Sep 6th, 2013

The level generation system in This Is Dungeon uses a few different ideas to produce the final levels but I'm just going to go over the first right now. Levels are generated using the Dungeon-Building Algorithm by Mike Anderson. This algorithm is very simple to implement and gives really good results. The levels generate very quickly and the player is guaranteed to be able to reach every room of the level. 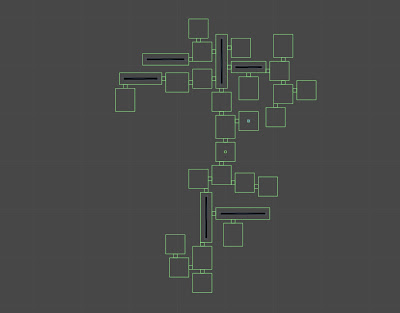 After playing around with the generated levels in game I started wanting to be able to break the map up into multiple sections. Since the features are built one at a time from a previously built room I realized I could just tell the generator how many sections I wanted to break the map up into and divide that by the number of rooms it was trying to generate. The result being the number of rooms that should go into each section. With that info you just keep track of the rooms already built and when that number equals the number of rooms per section pick a wall tile that can build a room and then lock off all previously built rooms and start a new section. Locking the previously built rooms meant that new features would only build out from the new section. Toss in some organization code for storing rooms under section nodes and create new section nodes when its time and there it was I had the generator breaking the map up into multiple sections and grouping them accordingly. 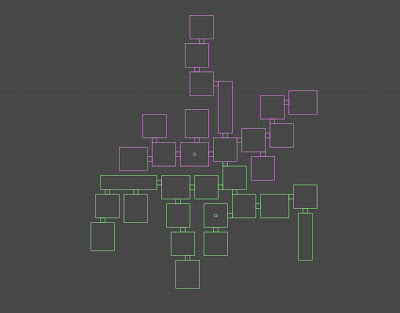 The major plus to this was that levels got a bit more of a flow to them and since everything is organized nicely into sections it is very easy to place lock and keys in the proper locations. The player always spawns in the first section, the level exit always spawns in the last section and any puzzle blockers can look at the sections and know that if the door to section 3 is blocked then the key to that door should be found in either section 1 or 2. 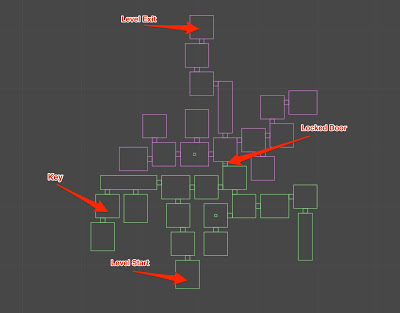 This is Dungeon Roguelike
Related Engines