A game designer friend of mine playtested the level editor for THE MISSION. Lots of positive feedback, lots of bugs found and crushed, and lots of UX improvements!

Posted by xavierstampslafont on Jun 30th, 2016

Last weekend I met up with a friend of mine named Filip Lange-Nielsen. We've known each other since the first days of our masters program at university, where we went on to write our thesis together. Now he works as a game designer at Io Interactive, where he works on Hitman! He kindly agreed to playtest THE MISSION, and particularly the level editor. We had a great time, and I got a lot of valuable feedback.

His general impression of the editor was very positive! He liked it and how visual it was. He quickly felt attached to the level he started making. Being able to test it right away was quite important, to see how it is when actually running through the level. Filip also said that it feels smooth to edit – that's good! I'm really glad that it was received so well, and it makes me much more confident that players will enjoy this feature!

We also found a bunch some bugs! Since then I've fixed those bugs, as well as uncovered others which I've mostly fixed now. I've also made UX improvements based on that playtest, both in the editor as well as in the controls configuration screen.

I have a couple of design dilemmas though, in regards to the editor. Little bit rambly, but these are the internal discussions I must have while designing!

There was some confusion around saving in the level editor. Filip was initially pretty nervous about pressing ESC – he thought he would be returned to the previous screen and his level would be lost.

So I wondered if the game should auto-save the level as you make it. That would be nice for when adding tiles individually. And it would work better with the top row! The only rule when making levels is that there must be at least 4 non-solid tiles in the very top row, as those will be player spawnpoints. If you try to save when there are less than 4 possible spawnpoints, you get a message prompting you to fix that. If the game were to save each time you add a tile, you would get that information right away.

However, when filling tiles (like the paint bucket tool), how would that work? Ignore the top row when applying the fill? Isn't that weird? Yes, it is. So that's not an option.

Anyway, I reassured Filip that his beautiful level would not be lost if he pressed ESC. Then he saw this menu: 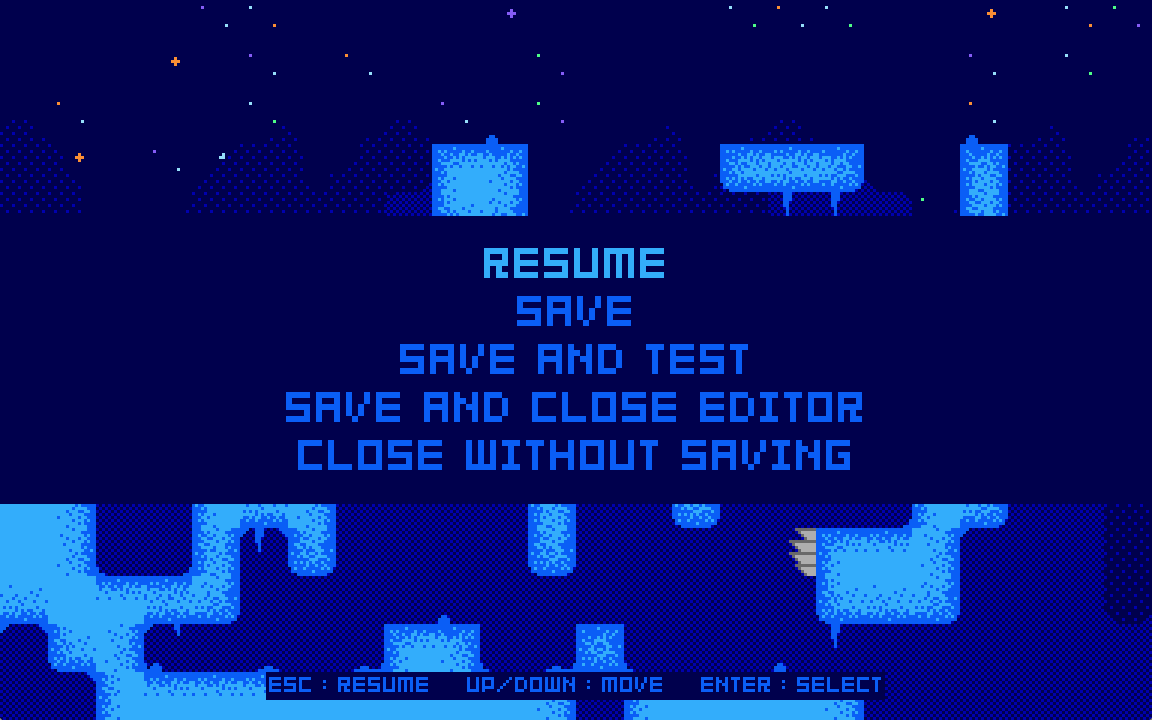 The menu is a little Zelda-like ("Save and continue", "Save and quit" choices), and to be honest, a little heavy on the options. The rule of thumb that I just made up is that 4 menu options is the maximum for ease of decision. I'd like to trim those down. Also, I noticed that the player would open the menu and save, and then open the menu again in order to close the level. So there is some space to save by getting rid of the "Save and close editor" option, and improving the communication of the rest of options.

Anyway, after talking it over with myself, I've decided that I will not implement auto-saving, since that opens up a bit of a can of worms. It's also nice to keep that choice in the hands of the player. If the player tries to close the level with unsaved changes, I'll put in a prompt asking if they would like to save before closing it. Good UX is good!

I implemented a test option in the editor menu. It allows the players to try out the level, minus the scoring. So it's to get a sense of the space and evaluate its design qualities and possible improvements. I love it!

But! But! What might be even more interesting and fun is this: allowing players to edit and test at the same time! For example, player 1 edits the level while players 2 and 3 run around in it. It would be highly interesting because it further shortens the iterative loop process. It would also be more fun because the editing itself is now playful as well! Add ground tiles on your friend to make her respawn. Then she explodes your tiles to mess with the nice corner of the level you were working on!

I'll let this keep percolating in my head for a while. Maybe it will be for a future version of THE MISSION, after 1.0 :)

And one more screenshot just for fun! Observe the magnificent spawnpoints UI at the top of this Foundry level! 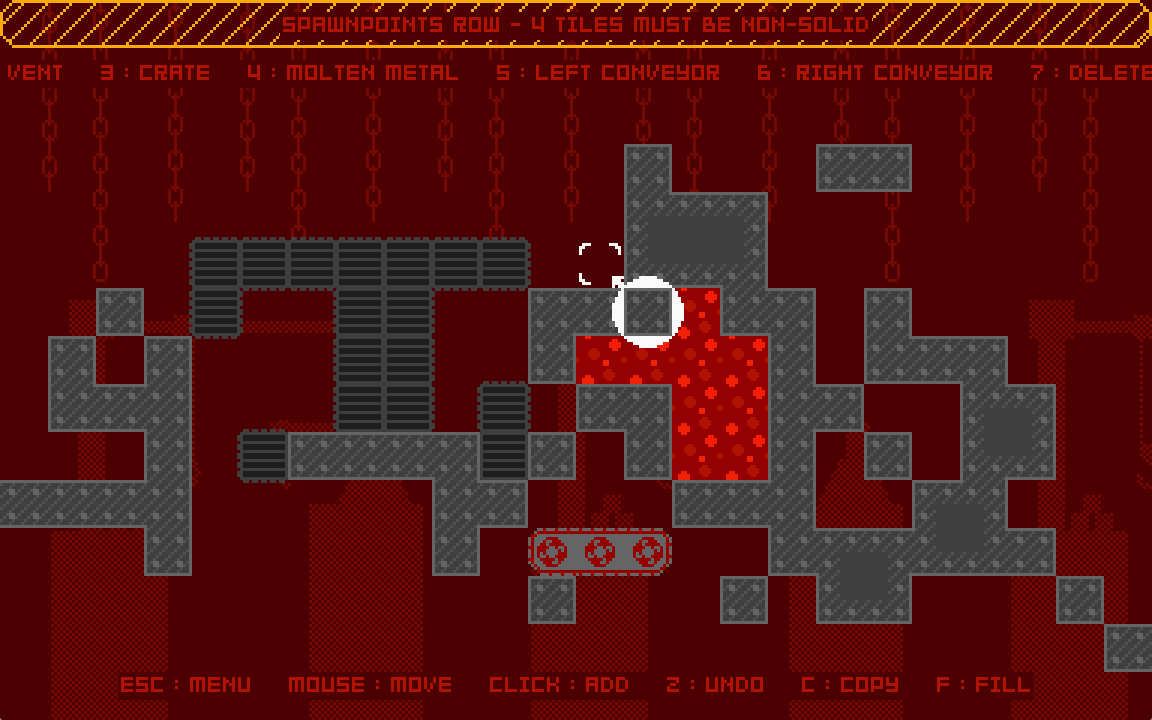