Some interesting fundamental points that we've learned while designing the RPG / shmup hybrid levels of Cosmonator!

We've been working on a few new levels in our upcoming content update (scheduled around end November, hopefully) and in the process it's interesting to reflect on how our approach of designing levels in Cosmonator has evolved over the time that it took to make the game. Here are some quick notes regarding the way that we've designed and created our levels. 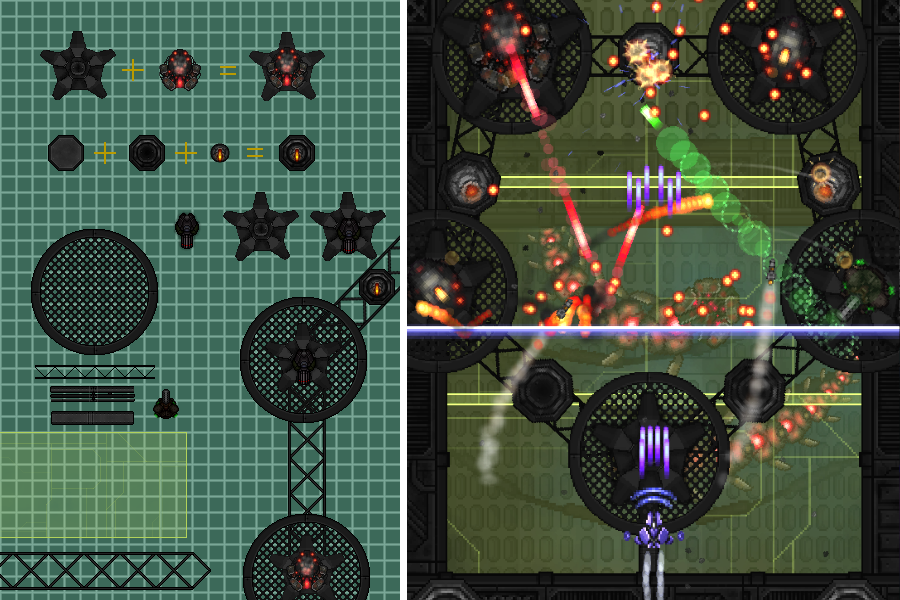 I guess the level design process of most games can be described as being a bit like building Legos. You create little composite parts - gun turrets, gun turret bases, metal plates, grids, girders, connecting beams, pipes, etc - and then put these parts together in the game's code to form larger combined units. In the case of Cosmonator, these units then connect together in the level's final code to form the actual structures that the player sees. In this illustration (above left) you can see how each individual type of gun turret is placed on top of the gun base to form a complete turret unit, which is then placed on to the round metal grid - which is in turn connected to other similar turret grids by long thin metal girders. The screenshot (above right) showcases the final product, in action - an interconnected multi-turret base with insane firepower. (Luckily in this case the player has cast the Force Field spell, which deflects all enemy bullets; essential in these kinds of situations.) 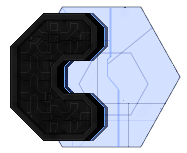 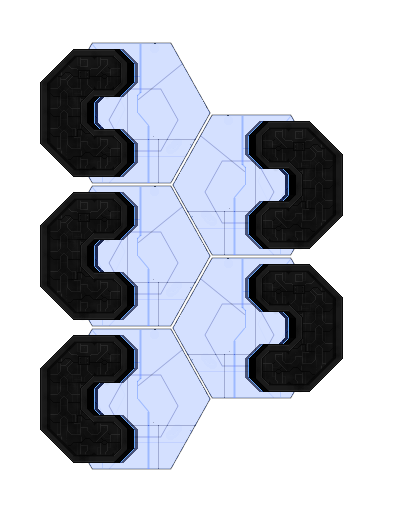 Here's another example of how the levels are built up from scratch like Lego creations. In this case it's the background of the Power Core level. The individual blue glass units (above) are fitted together in order to create a solid transparent glass background. The resulting background looks as follows, when overlayed over a further parallax background:

Speaking of parallax - there are many layers of parallax (i.e. different background layers moving at different speeds) in the backgrounds of Cosmonator). This helps convey the sense of constant forward movement, as well as a sense of space and atmosphere. It seems pretty obvious now, but as this is our first project, we were pretty clueless at first and so we didn't really use a lot of background layer parallax while creating the game's first few levels. Luckily we had time to go back and improve things before our initial release.

For illustration, here is a fast-forward gif of one of the game's later levels, 'War Factory'. You can see clearly how the parallax effect conveys a sense of space and movement. Background entities that are in the far off distance move much slower than those close to the player; the planets all the way back in space hardly move at all.

...And here is a look at what the parallax looks like in real time (normal gameplay speed). This is at the beginning of the 'Citadel' level. In this case, again, we learned that having semi-transparent colored glass moving layer by layer over a dynamic background not only looks cool, but also really conveys that sense of depth that is crucial to the vibe of a space shmup.