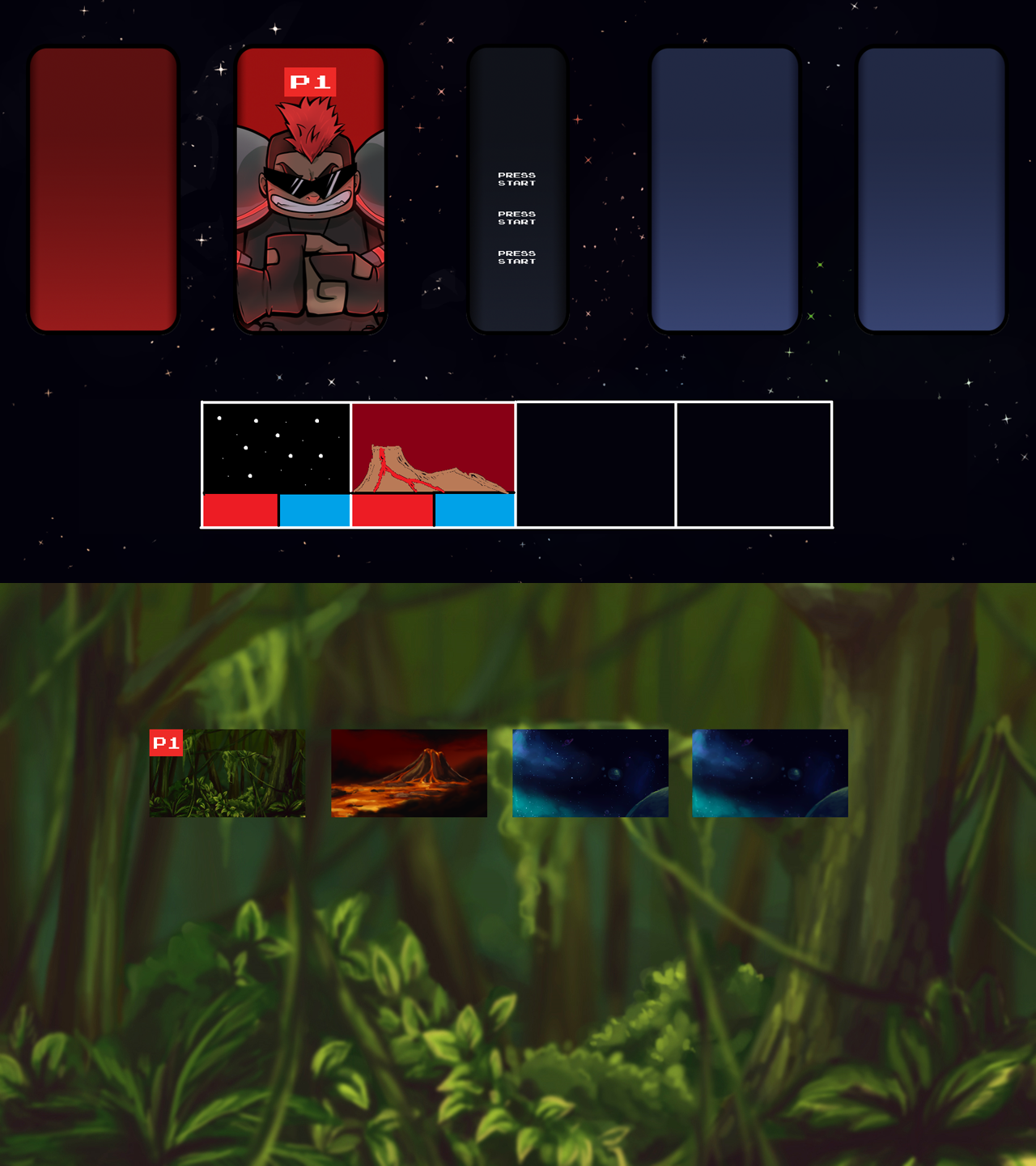 This week we’ve made some decent progress in several areas. One of those is updating our game with a more consistent art style. We’ve been working on this game for a while now and as we’ve gotten farther along in its development, we’ve refined the style of new assets to align more with our vision for the game. Now that we’ve settled on a general style, we’re going back and updating some of the older assets. This, however, does not mean that the style is finalized, as we’re always revisiting parts of the project to try to improve them.

For the art side of things, this week we tweaked the button icons on top of the cooldowns to make them as readable and visually appealing as possible. We also have some new border assets that are really going to make the menus of our game shine. Lastly, we discussed level design concepts this week and can’t wait to show off some screenshots for it once it’s in game. For now, you’ll have to deal with some of the concept work.

On the coding side, we discovered a single line a code that was creating a lot of problems for our network games. It was buried pretty deep, so it took us a while to narrow the cause of these problems down. One of the messages we were sending across the network was getting encoded as the wrong message type. With that fixed, a lot of the big issues (like characters launching attacks when getting stunned and getting teleported outside of the grid) have now disappeared. We can now focus on making the network experience as smooth as possible. There’s still no ETA on the online play update, but now that we’ve squashed this bug, we’re hoping it comes out sooner rather than later.