Maybe you wonder what it means to have a game built around procedural cards. How does that work as a gameplay mechanic?

Actually, now that I think about it, I'm not sure we've ever formally introduced ourselves. My name is Adam Single and I'm the programmer. And possibly the marketing guy. The other half of OneCoin is Harley Price. He's the artist and primary designer, though he certainly does his fair share of technical problem solving (I wouldn't have had a clue how to create those kickass animated cards from the last post).

So far we've spoken about three of the hero "classifications" that will exist in the initial line-up for Exemplar over on our website (onecoincreations.com we'll move those posts to here too at some point). The Agent, The Sentinel and The Titan. We prefaced each of those posts with a disclaimer saying something like, although we will speak using language that indicates hard truths, many of the minutiae are yet to be figured out. Well, we've done a lot of figuring, and we spoke about that in the last post. Basically, it comes down to the fact that Exemplar morphed from a two phase game where some of the player's time was spent base building and hero managing, a la X-COM, while the rest was spent using those heroes in missions that took the form of procedurally generated choose your own adventure comics into a hybrid card game/choose your own adventure comic book. Both the cards and the comic are procedurally generated.

The whole aesthetic is still vintage 1950s, and in fact the card aspect is much easier to tie into that theme than the base building and RPG style team management ever was. We now have the enviable position of being able to draw from both vintage comics such as Beyond Mars, Space Detective and The Blue Beetle (OK, the Blue Beetle was really pre 50s, but you can't just ignore The Blue Beetle!) and vintage trading cards. 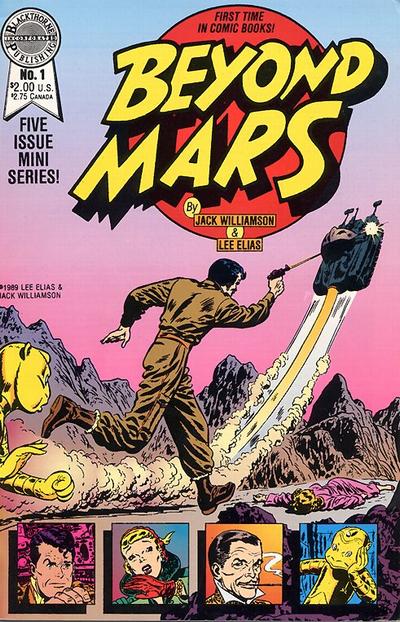 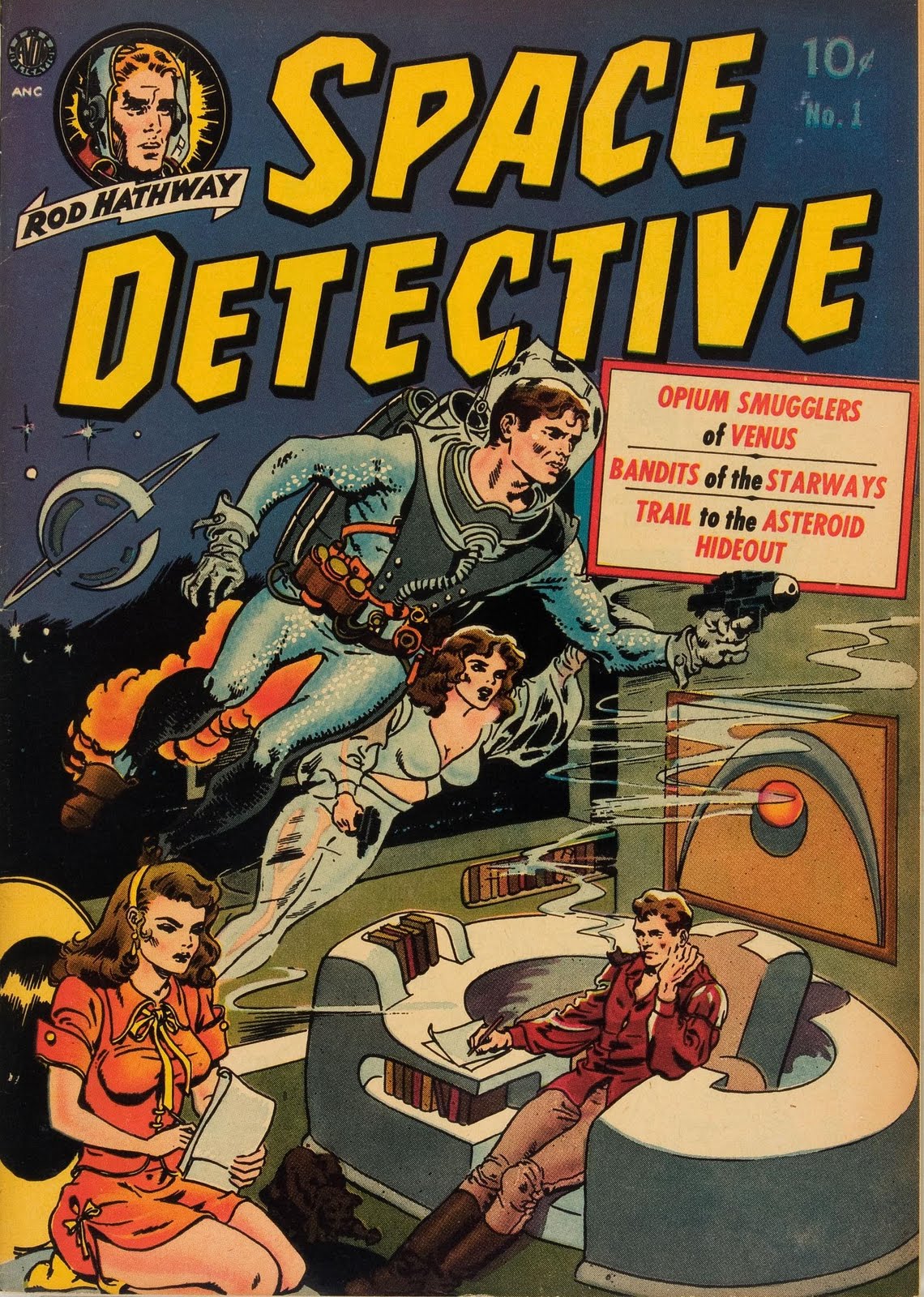 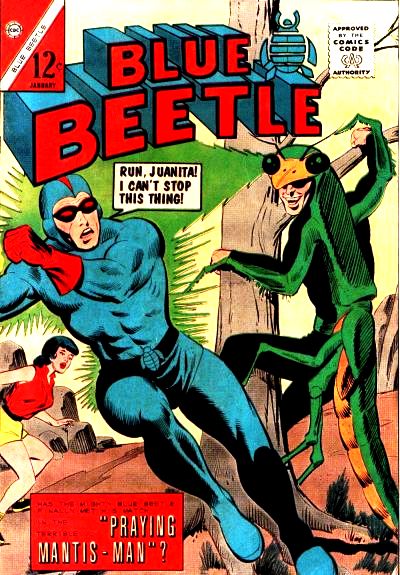 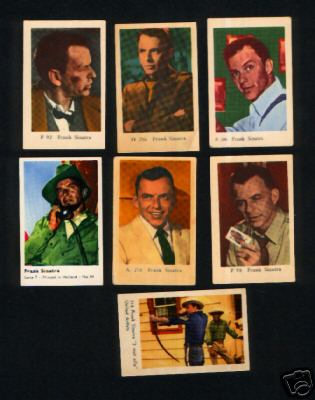 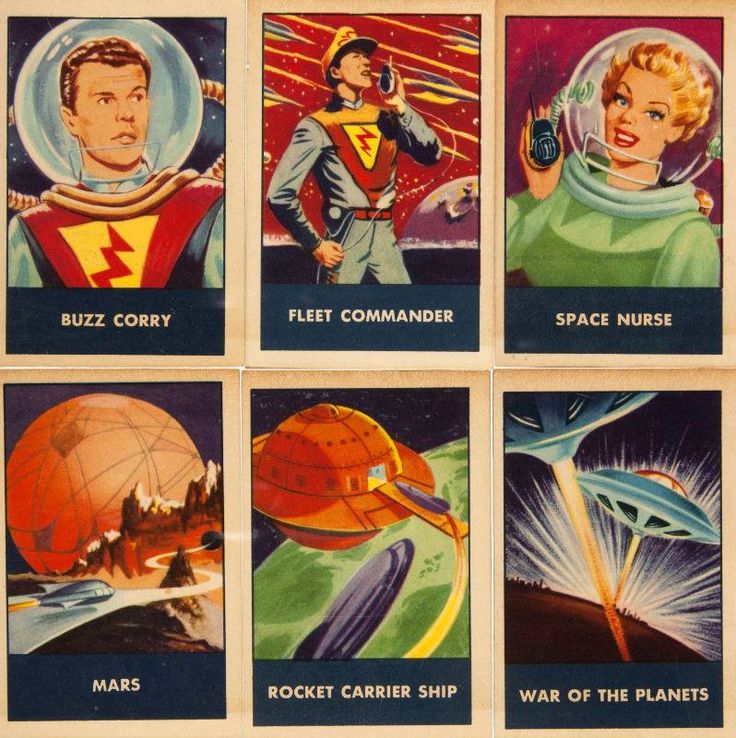 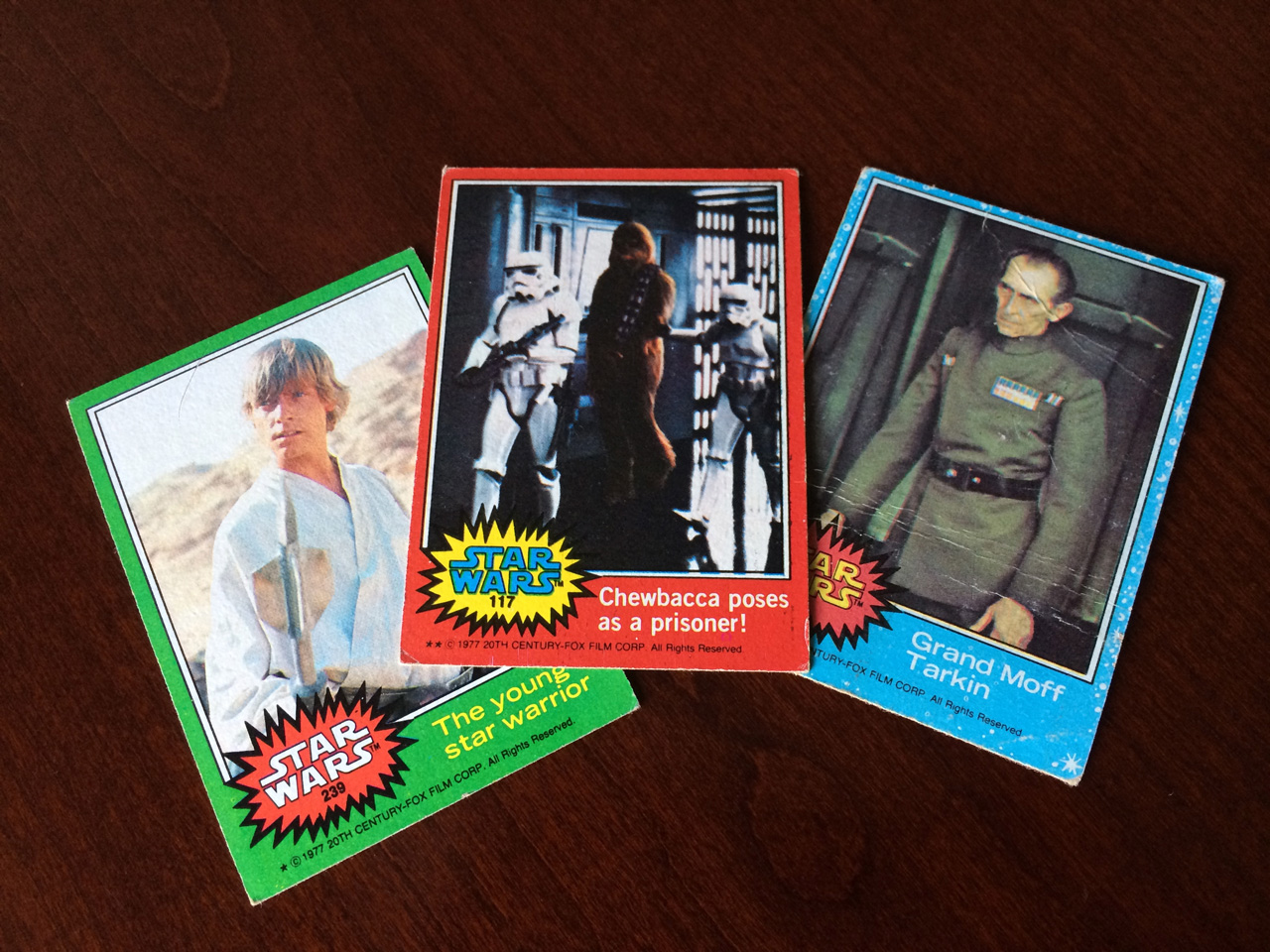 Fine. The Star Wars ones obviously aren't 50s either, but look at them!

So the point of this post was going to be to tell a little more about another character classification, but I think that might be a little irrelevant until you have a better understanding of how the game works. What does it mean to have a procedural card game anyway? Aren't they all kind of procedural just by virtue of the game being driven by the procedure of drawing randomly from a deck?

This is true. But Exemplar takes it a step further and procedurally generates the cards. As you draw them from the deck. Exciting huh? What do you mean, what do I mean?

Alright, let's explore that then. In Exemplar, when you build your deck, you're almost choosing a style of play, but not so much the specifics of the cards you'll be able to use. You'll need to be able to adapt on the fly.

Your Hero Deck, for instance, will represent the type of heroes your agency targets. You don't know who you'll find out there in this crazy world, but you know what you're looking for. So when you are building the deck in between games, you'll be selecting classifications, like those we've already mentioned. The cards themselves will be little more than vague silhouettes.

Maybe you prefer the straight up muscle of the Titan classification so your hero deck is basically just Titans and Agents (Agents are standard fare and every agency has them. They don't have any powers though). During play, as you pull that Titan card from the deck and it enters your available Hero Pool, it won't be that shadowy figure any more. It'll be a fully realised hero, complete with a super hero name, traits (that represent their abilities and allow you to equip them with specific powers), a unique costume, colour scheme, origin story, personality type and the most important aspect of a super hero, a unique super hero emblem.

We're working on the tech for this as I write this,and we are really excited about this style of card game. Not only do we feel it's meeting our own requirement for a digital card game (which is do something that you would never do with a physical game) but also that it's something that hasn't been done before, full stop.

We've started work on the shader that can take a number of inputs to combine to produce the outfits, with their colours and patterns. Originally using hard coded values to see how they looked we got some awesome looking retro hero costumes 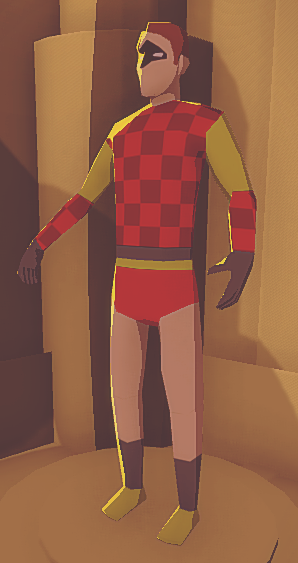 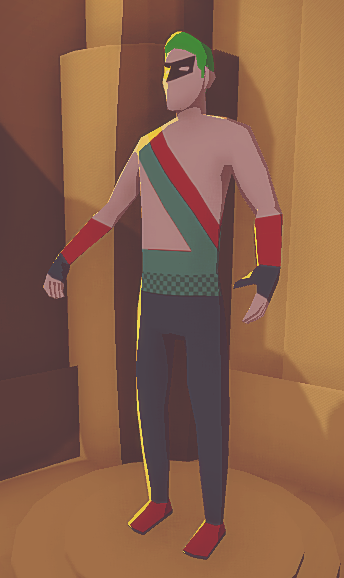 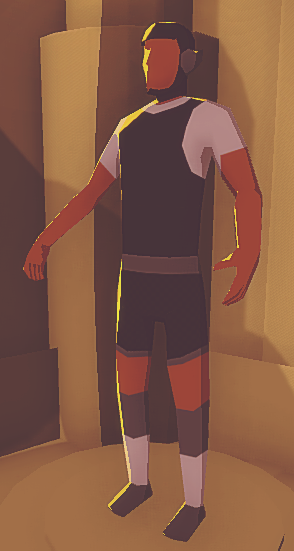 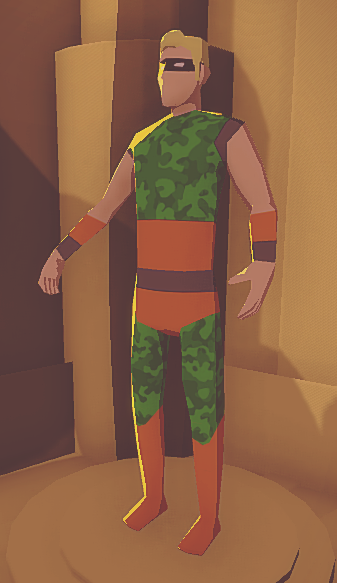 And then we started hooking in some randomised parameters. There is still a lot of character creation aspects to add to this. there is no gender, no body types, other than the hair, it's all texture at this stage. But we feel it already looks like it's going to be fun to see who you get every time you flip a card.

So, what do you think?