Post news RSS Let's Start Small and then Build Up

When Starting a game project for the first time, start small.

Posted by theguyswhogamesalot on Feb 6th, 2013

If you have been following this blog (which you probably haven't) you might of noticed that the great gladiator game that we promised was never released or have had an update on it's status. Well we have temporarily dropped the project. It was just that the project was overly ambitious, and most of the stuff I wanted to be in the couldn't be there because of lack of programming skill. I could tell you about my ambitions of me wanting it to be a 2D Skyrim, but I'd just be boring you. 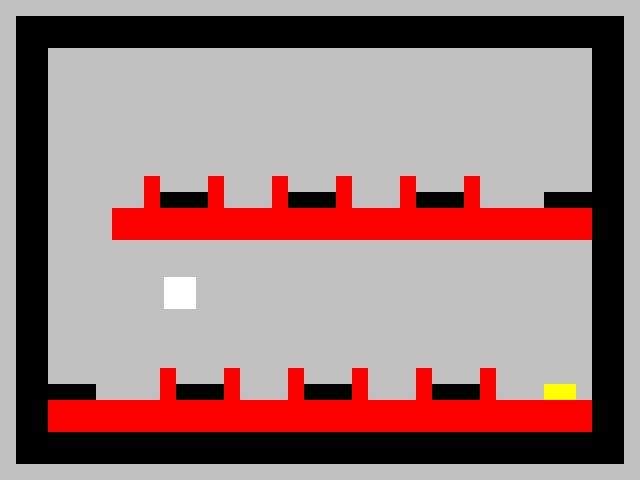 Iv'e decided that before we release a huge, over-the-top game, I need to start small with a reachable goal, and what is more easy than making a generic platformer? And that is where my next game project comes in, The Generic Platformer. Before you say, "Who would buy that?" The game is free. I'll be happy to accept donations, but don't accept any. This really just a test to see if I can go through the process of making a game. This includes (but not limited to):

Currently the game is playable, and I'm really happy with the controls. The only thing I need to do is to:

These goals are pretty attainable, but Iv'e never actually built a full complete game, so "meh". Once this game is finished I plan to work toward making bigger and better games. This game will be released on Desura for free, but will have an option for a "Donator Edition" which will include the games soundtrack, art (if any?), and will get put in the credits (maybe).

Sometimes doing something more challenging can be a good thing...allows you to really test your skills and try something new. It would be nice to see if you could try and implement some more interesting elements into this game and make it a little more dynamic.

You can't challenge yourself unless you know what you're doing. Else you'll be missing crucial little details that otherwise would of made you a better developer.