In our game there are modes for every taste: Campaign Mode, Survival Mode, GameMaster Mode, Singleplayer and Multiplayer mode.

Players drop onto the planet in individual pods that can be controlled using the keyboard. Pressing the spacebar will slow the descent, CRTL will increase the speed, and direction can be [modified?] using WASD keys. Once you land, your pod opens and will self-destruct when you exit onto the planet. You will need to immediately prepare to survive in and defend yourself from the unknown. 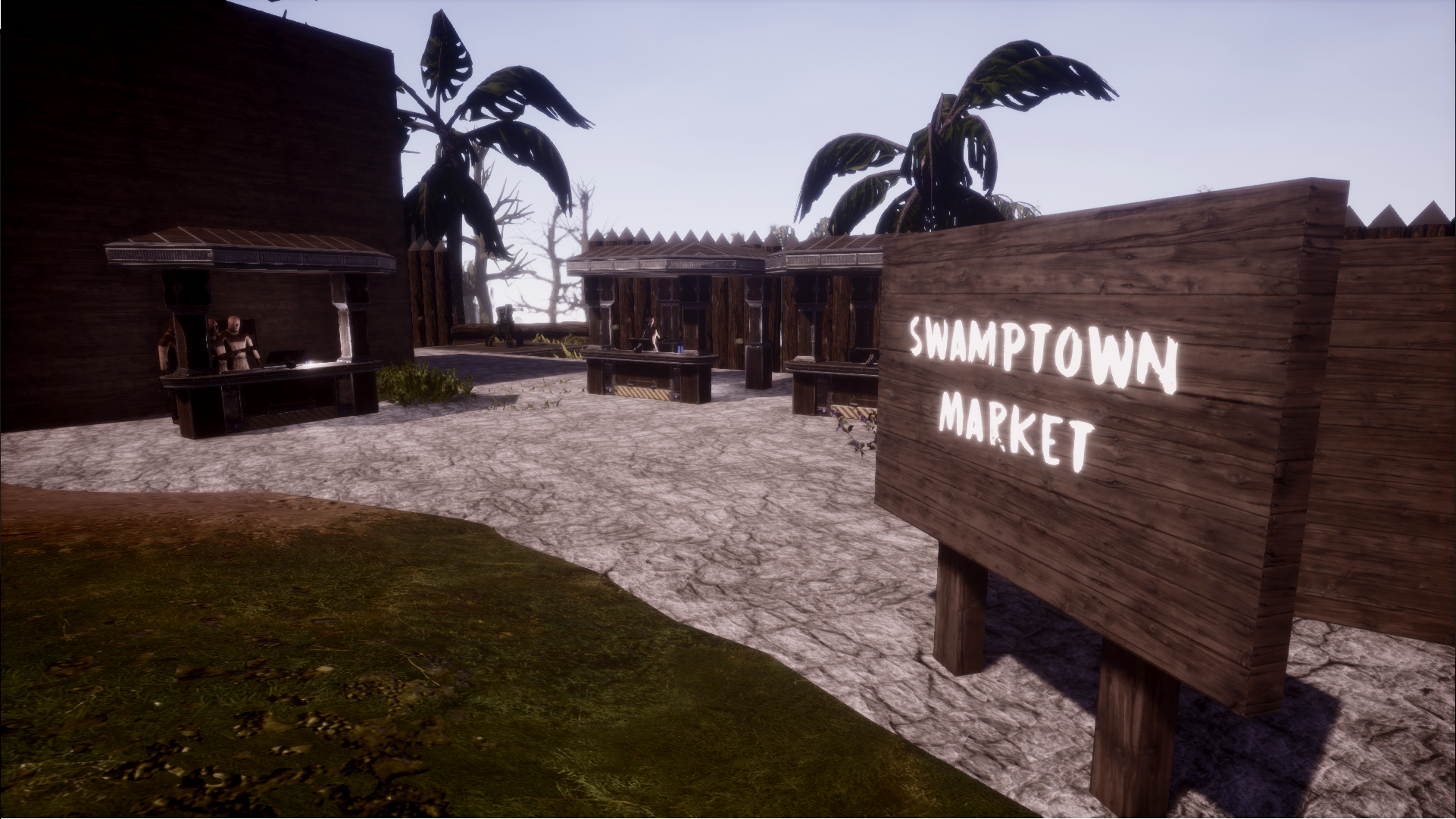 Each player is issued the standard weapon combination of an EM assault rifle and wrist knives . At any point, you can choose which one is active by using the mousewheel. The player will also eventually obtain or already spawn with a ‘build-gun’ (the yellow one). With this powerful device the player can mine for resources, build structures, craft vehicles, construct weapons and equipment. the player will need resources to be able to build these items.The resources can be found by exploring the map and looking for the outcroppings of different minerals and metals, or by digging in the ground and mining. Once the player finds the outcropping or just to start digging, equip the player’s build gun (the yellow gun), use the mouse wheel to change weapons, and start digging by hitting the left mouse button. The player should see the resources they are collecting start popping up on the message screen. If the player brings up the player’s gun configuration menu while the player has the build gun equipped (“Q”). The player can see the different items they can build, and hover the mouse button over them to see the resource requirements. We recommend the player build a walled base first! 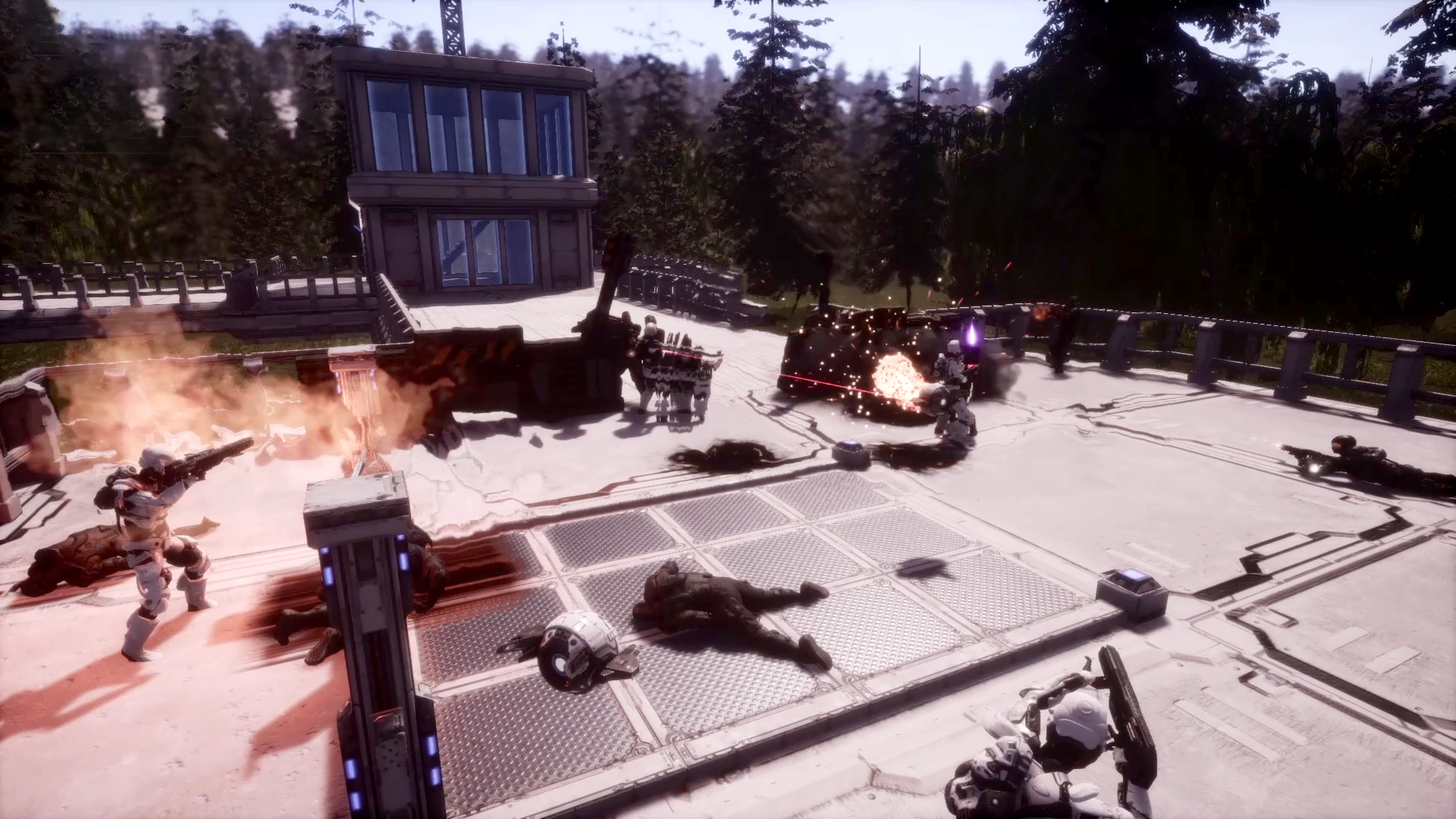 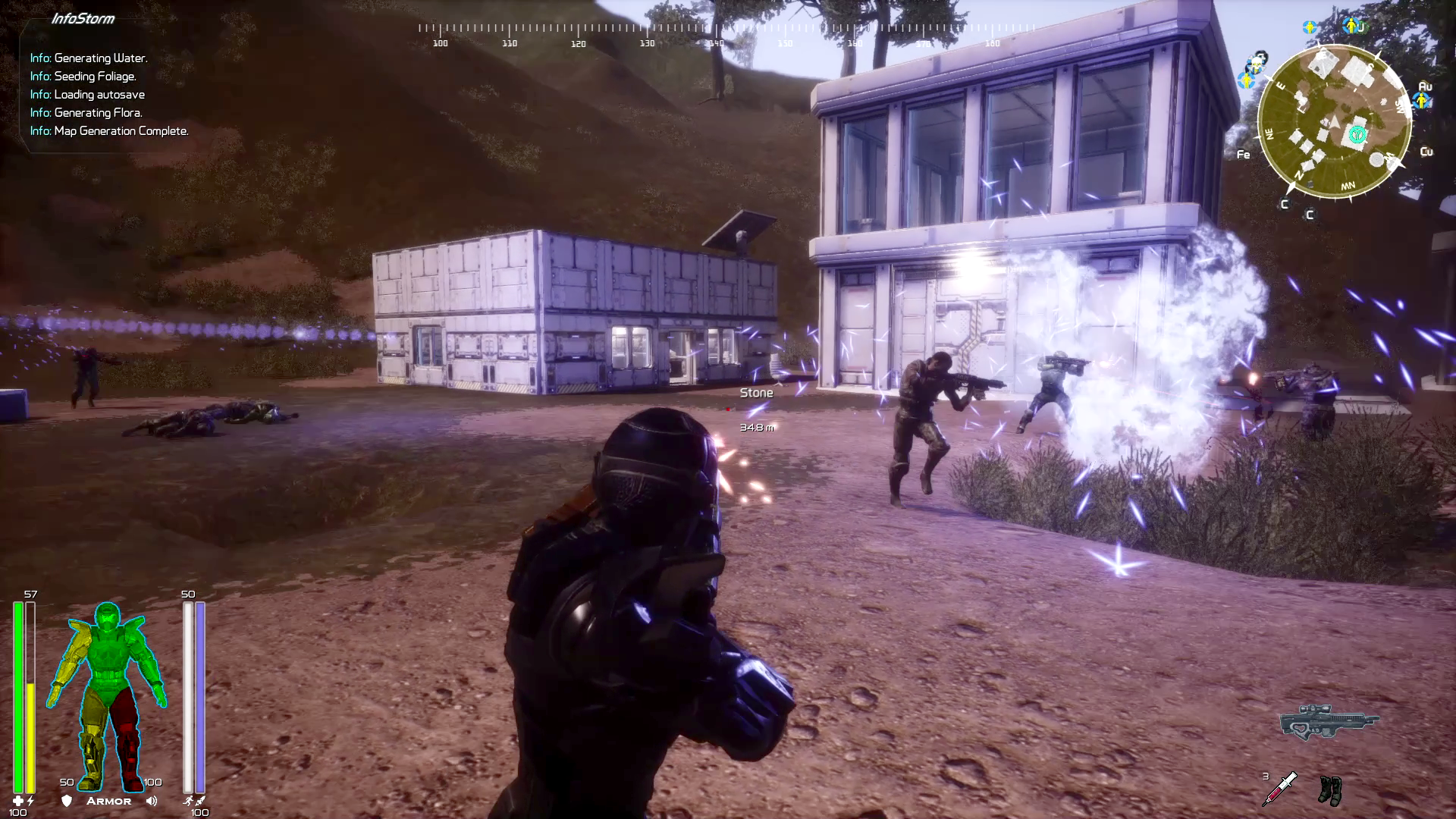 Key features: Quest-driven, Vanguard, Campaign Map, Talking to in-game AI Here you will start your journey in the Vanguard, where you will be briefly introduced to the history of the phage and why interstellar exploration was necessary. You will then receive some basic information before entering your drop pod and launching out to the planet. Once on the planet, you will play through quests to help you learn how to survive on this alien terrain. The key to this mode is quest-driven, in-world training. 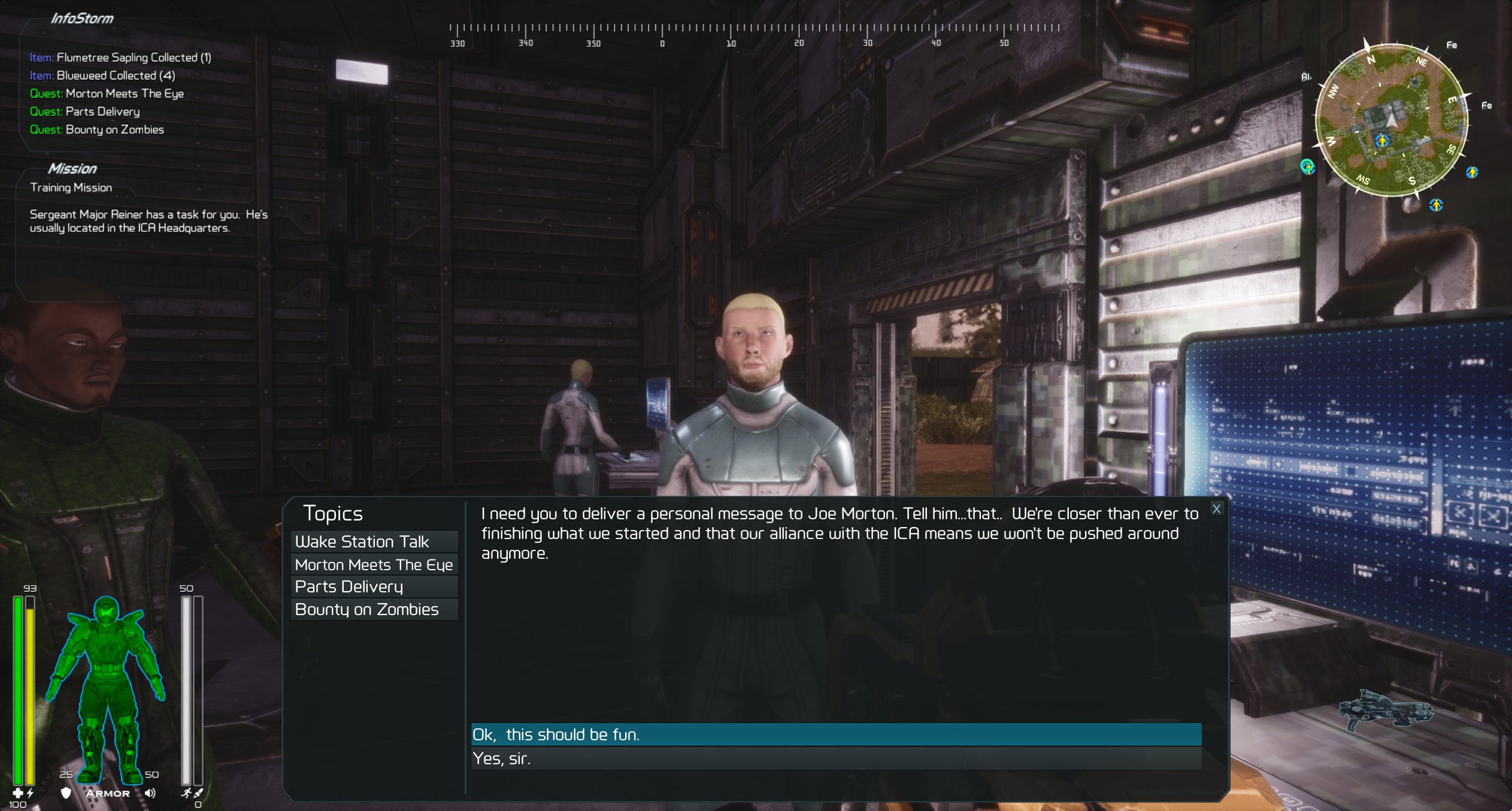