Here is a quick rundown of all the Updates and Improvements from last month:

1: New Tileset
Not completely finished but close. Still have to get this one in game. 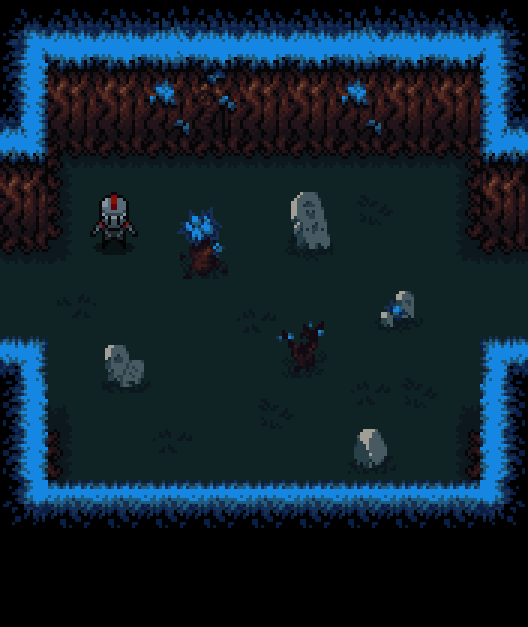 2: Re-Design of the player's attack animations
The original attack animation were terrible and only had two frames. New ones are much better and also have a bit of a combo feel.

3: New Enemy - Zombie
Did a bunch of animations for a new enemy which is not in game yet but most of the art is ready. It's also meant to be also be a part of a boss but that's a bit too far ahead for now.

4: XP System and Leveling Up
Implemented XP system complete with HUD animation. Also added a utility to allow me to show temporary messages on the left side of the screen from any object in the game. Currently only being used for level up stat information but I'm sure I will use it for other things later on. Also new leveling up animation.

5: Updated Inventory
Equipment got a bit of an update with the addition of general stats instead of fixed. This means that instead of a sword only having a damage value which is added to the character's base strength, it can now also have multiple stat bonuses like increased health or defense. Also inventory shows stat changes from equipment before they are equipped Green = Better, Red = Worse. (in the GIF you can see the level up in action - animation looks a bit weird on top - need to fix it!)

6: Bonus
I have done general improvement to my particle system and basically all of my classes. One improvement is the ability to draw any sprite in any color. So here's the character bleeding rainbows.

That's all for now. This is my first article on IndieDB but I plan to do these monthly updates and also some separate feature focused articles when I implement something new. I'm also going to post a good chunk of articles in a short period to bring the project up to speed here as well.

Is there a UI feature in XNA

I'm not sure what a UI feature is. The UI and every other feature in the game is achieved through my own custom made code.