Barbados Expansion came to Last Mortem in the form of a new patch. It includes new map Barbados, new features, and changes in the core gameplay!

We should start with the Barbados Expansion (trailer can be found above) which brought you a completely new map located in the Caribbean! Barbados has an environment set up in a small bay with a sandy beach and clean water. You can find here small fishing boats, motorboats, sun umbrellas with chairs, rocks, tropical trees, but most importantly the two huge pirate shipwrecks which bring the mysterious feel of the Caribbean. You can find military camps with vehicles ready to fight on both sides of the bay, one camp is for the blue team and another one for the red. Red team camp is located around the high radio tower. Players are able to enter the sea as it is not very deep near the shore. Of course, they can't go too far and the danger is here also in the form of animals with bloody teeth - sharks. But it is very rare to spot them. 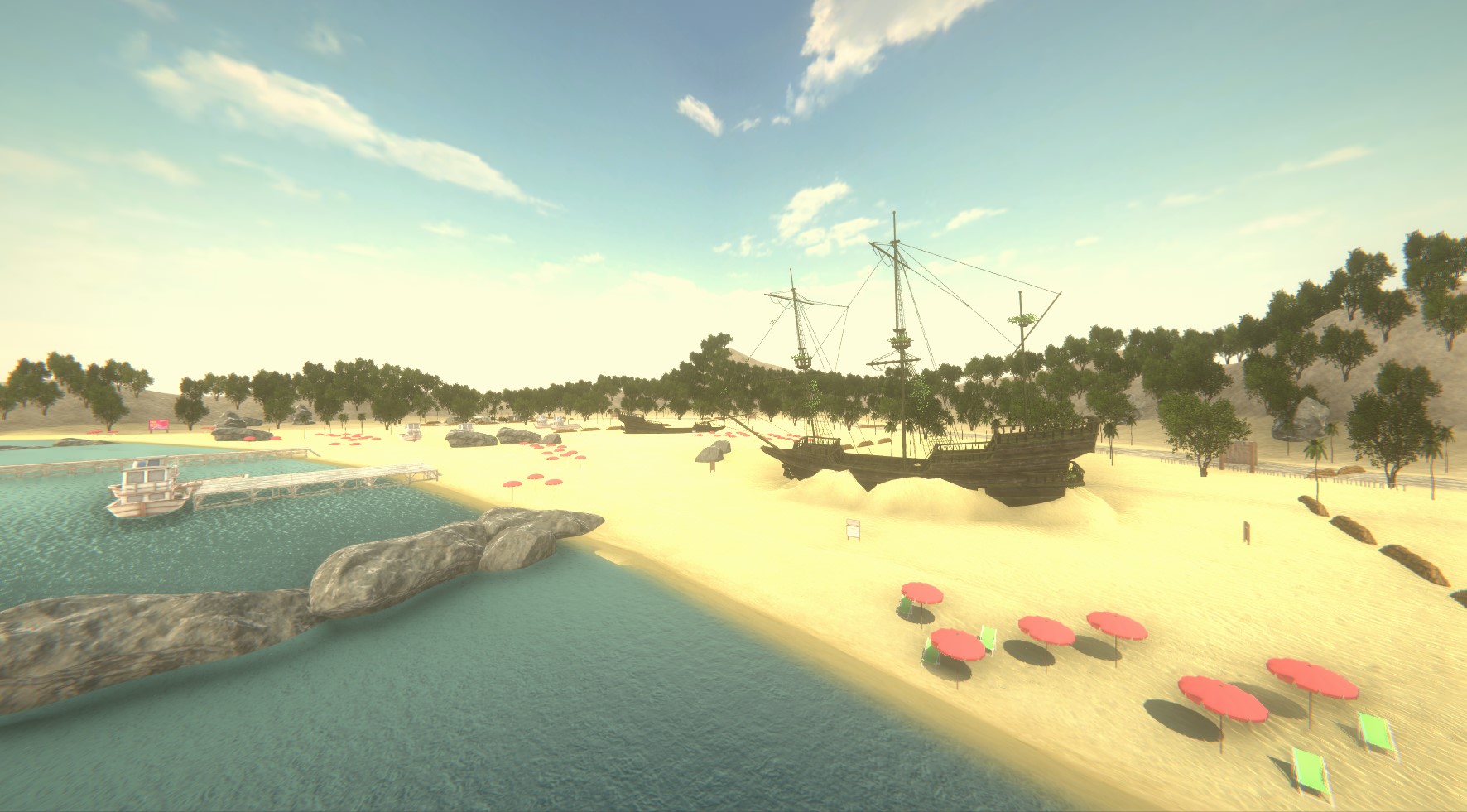 The completely new feature is located in the gameplay part. Week ago we run recruitment for volunteer voice actors for each of the army characters. The amazing support of voice actors resulted in unique voices for US soldier, West German soldier, Czechoslovak soldier, and Spetsnaz soldier characters! The unique thing is that every army speaks its own foreign language. Our plan is to expand armies and the voice lines in the future and also to recruit more voice actors so every character will have 2-3 voice variations. But for now, this is an amazing success and big thanks to all who participated in it! 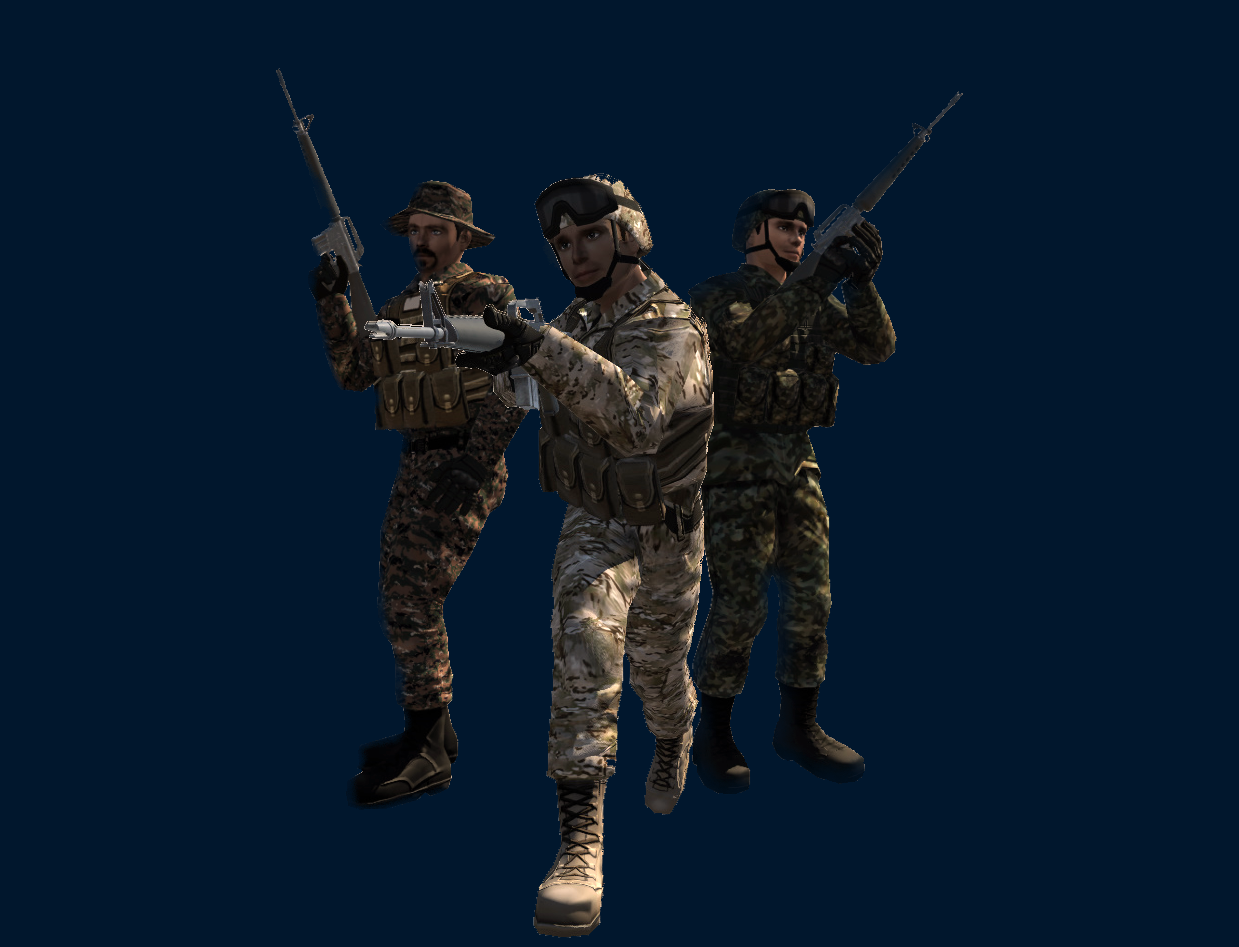 The new patch came also with the new Special Offer which includes 3 weapons - VSVAL, Magnum, and Fork. Details about the Special Offer can be found here: Jurajhusek.wixsite.com

Once you get into the Main Menu, you can hear our new official soundtrack. Sound changes happened also in matches (start match music, win/lose music) and in weapons (melee weapons, killstreaks). The update brought also many UI changes and modifications not only in Main Menu but also in the Login Menu and in-game HUD. Of course, tons of bugs were fixed, most notably the fullscreen resolution bug has disappeared and players can now enjoy the gameplay even more.

The most notable new feature is the ability to zoom in/zoom out Airstrike locator, so you can now easily see the whole map to manage your airstrike! The locator can be zoomed in by holding "+" and zoomed out by holding "-".

Those were the main changes and updates that came with the Barbados Expansion, we are working hard to make the game better and more playable. Big things are planned for the upcoming weeks (reanimation, new maps, WebGL update, Steam integration), so stay updated and check out our progress on our Discord server or website!

So, that's the 1.2.7 patch which came as Barbados Expansion. Don't waste your time, jump into the battlefields of Last Mortem, collect, destroy, and play like a Legends!

Is this game still in pre-aplha? Looks very old like it was released in 2003.

Hello, the game is in the public ALPHA. It is intended to be available as the browser game and the PC standalone game in the form of 2010s browser fps games, so yes, it might look little retro in terms of graphics and features. But give it a try, I believe that you will enjoy the gameplay