Rogues are pretty much finished! With their entire skill set being completed, minus 1 skill and a lot of revision they went through this week, they're very much playable.

Hello LoF followers, really late devlog this week! Extremely sorry, but there was a reason for this! Last night we made a decision to keep the server online 24/7 (privately) to not only allow the team to test when they can, but also allow me to grab data whenever I can and optimize accordingly (and I did!) From this morning, the server now runs 3.3x more efficiently. There will always be more room for improvement, but right now I like how it runs. There's a couple things I have to speed up in effect to this change such as movement and gravity but that will be taken care of.

Alright, so let's get right to it! Rogues are pretty much finished! With their entire skill set being completed, minus 1 skill and a lot of revision they went through this week, they're very much playable. The technique that's missing is their ability to summon clones, which is a little harder to complete than it sounds. When Rogues have an active clone around, it alters their abilities, adding special/extra moves. This can be completed this week!

So this week, Rogue abilities were changed quite a bit, not only in ability, but art as well (very flashy).

I wanted to make sure I share this first! Slice N Dice targets nearby enemies, up to 5, dealing damage twice to each.

Rogues now have a built in dashing mechanic that works outside of Stealth.

Blind Side has been updated to knockdown opponents you run into. This is only performed in Stealth, and will cancel your stealth upon impact.

Cleave effect has been updated.

Perform a sweeping kick that knocks down enemies in front of you.

This technique only works on downed enemies. Deals extra damage.

Zane has been slaving away at maps, which will begin being added into the game this week as well. And I really can't wait to run around in these maps! 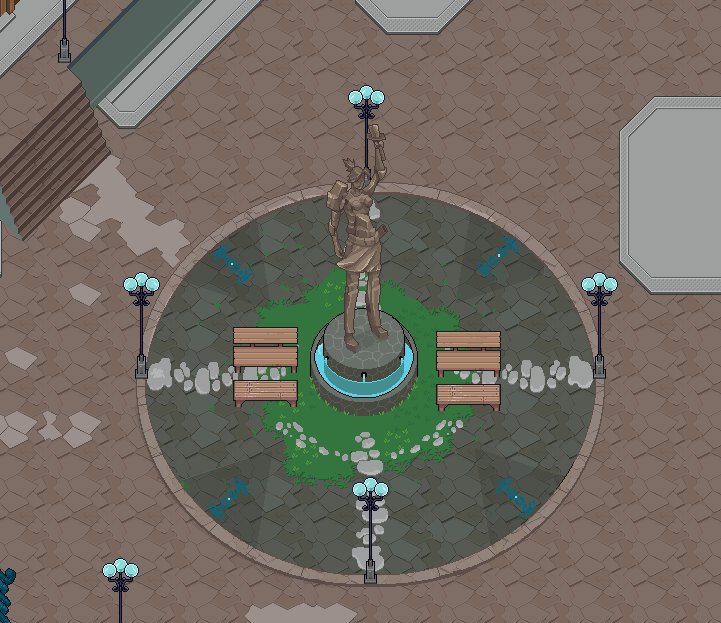 That's the town square where I'll be sitting AFK throughout the day. For anyone who didn't get the RO reference, GMs used to sit AFK in town square constantly when the game was active. 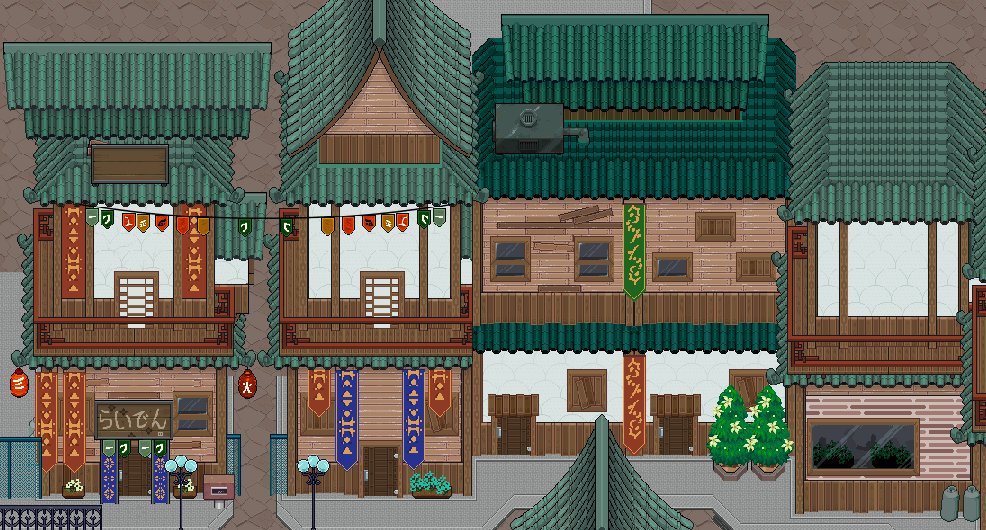 This is another section of the town. The benefits from hand drawn maps are really starting to show. There's a lot of detail that can be put into any little aspect. However, we're going to continue using our in game map editor to add in a lot of the environment as well. We feel like both methods will work really well together.

There's a few things that need to be sorted out. The control scheme turned out to be a bit more complicated than anticipated, but hopefully we'll be able to come up with something later this week. Rogues will continue to be worked on before we move onto building the game and expanding LoF's world.

With the new server improvements, I've added lerping to the live server, allowing smooth transitions in between movements. This still needs some more tweaking but I absolutely love how well everything moves during live play compared to before!

BTW, we've become a lot more active on Twitter, so if you haven't already followed us, you can catch what we're working on throughout the week there.
Twitter.com

Here's one more GIFt for the road. With the recent server optimizations, the amount of active AI running around has increased by miles!

Which means when I'm just chilling AFK in the town center and feel like spawning a bunch of mobs for a quick event, everything will turn out A-OK.

Can't wait to share what we'll have next week with you guys! See you then!

Fantastic Artstyle! I've already seen a gif from here on TIGSource, really like what you posted there. I like the slashing effects and the background graphics. Do you plan on adding some more shades to the characters/interface? They seem a bit off from the detailed backgrounds. But also gives a nice contrast.

Hi odrez,
Alot of placeholder artwork is being used(the test enemies for example) We'd hope to bring all art assets up to par once we get to that point, hopefully.

That being said we're working on a 0$ budget and we'd like to take our chances with crowd funding possibly in the coming months.

0$ budget here too.. I wish you the best luck for your funding campaign!

I mean your game looks pretty and interesting (judging from the video you uploaded on the game page) so I think everything will be fine. You'll know best when the time is right to do it, but you shouldn't be too worried I guess. Fingers crossed indeed!