Hi everyone, its been a very busy week (or so) but there was a lot of progress. Still not as many levels created as I would like, but the mechanics of the game are very solid now, and the Level Designer is really coming along.

Hi everyone, its been a very busy week (or so) but there was a lot of progress. Still not as many levels created as I would like, but the mechanics of the game are very solid now, and the Level Designer is really coming along.

Some very small tweaks to the Little Blues are now preventing them from going through walls, which was very annoying. Added some small things to Blue, like a loud Twang when he hits a wall very fast, and also a small "Ouch" when he hits an enemy or obstacle. I want to thank @SymonRylance for his feedback on the beginning and end of level spinning. In addition to slowing that down, I changed the entire background to a particle system that I feel looks much better than the canned background I was using before. You be the judge, please leave feedback on that.

I created a short Gameplay Video showing people the basics of the Game. I think I want to create a better one, but I think it is pretty good.

Level DesignerQuite a few Tweaks to the Designer that cannot really be seen on the surface. Except for maybe the new Font that is being used. To accommodate the Patrolling Enemy I added a new sub system for Node Paths. 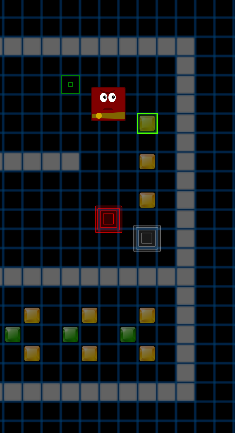 The Nodes can be added to a Patrolling Enemy and then executed at Runtime. The Designer can control the Speed of the Enemy and if the patrol is followed in a linear or curved fashion. 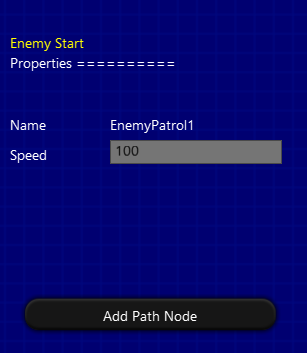 Much thanks to the guys at Holoville for making the awesome HOTween Library for Unity. I use it EVERYWHERE.

Level Selection UniverseFinally, the first level progression and saving system is completed. It can handle multiple Worlds with Planets and Multiple levels. The current save file is not encrypted, so if you find it you can change it. Eventually this file will be encrypted, and Hi Scores will be uploaded to Scoreoid.

Small Stuff
Level Completion is almost completed, as is Level Failure. A new Pause button has also been added, although I think there are still a few bugs to work out, like the Timer still running :)

You can also play the Game in Fullscreen mode on Windows without any aspect ratio weirdness. I have also tested the Game on Android with success, and I am looking for more testers. Anyone interested? 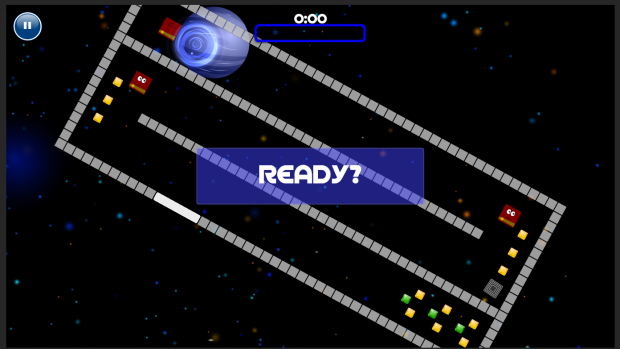 Coming UpI really promise I will be adding many more levels for the next Alpha. I was not planning a fourth Alpha release, but I think I will be doing that instead of doing a doing a Beta version. This will let me complete more levels and add the remaining obstacle and traps before the Beta. 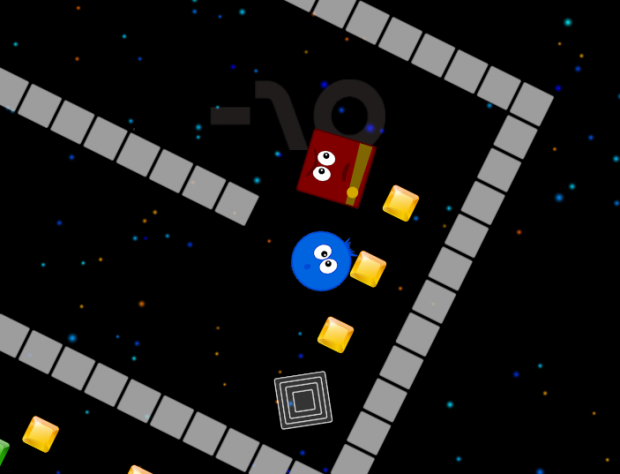