A lot of new stuff, including 225 achievements, global player rankings in 4 leagues, custom tournaments for parties and more!

Hey there, we have some new features for you! Kopanito got cool leaderboards, match challenges, achievements and more. Now playing tournament matches (alone or in co-op) will give you fame points. Completing match challenges will give you even more fame. The more fame you have, the higher you will be in the global ranking. Read more below...

The Trophies screen is now available (previously disabled). On this screen you can admire cups and medals you have won and see other stuff you achieved so far. 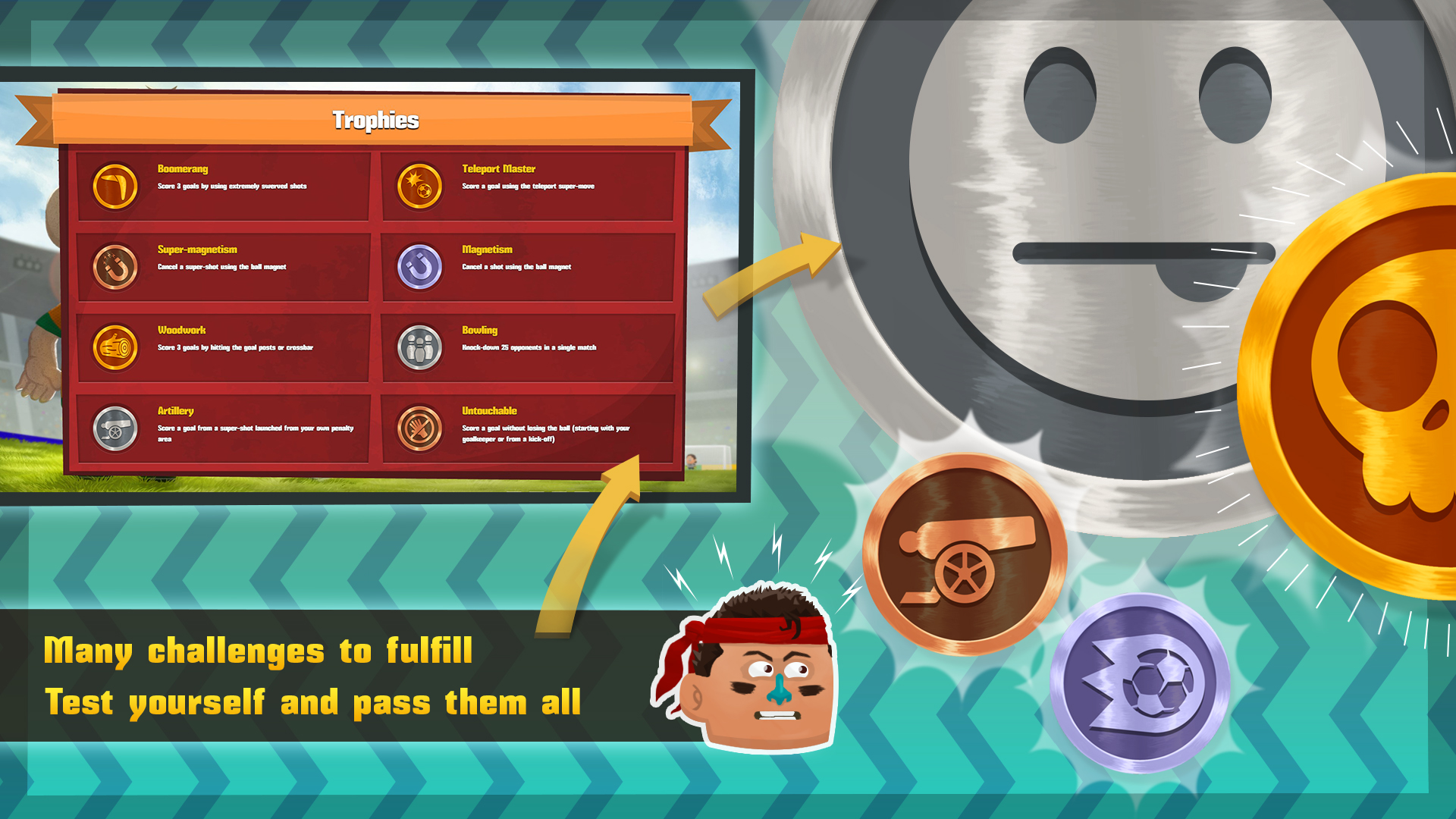 We've integrated Steam Leaderboards with the game, but not as a single big table, but as 4 leagues. You start in the Bronze League and by winning tournament matches (alone or in co-op) you gain fame points. Advancing to a higher league requires to accumulate given amount of fame shown on the leaderboards screen, different for each league.

Note: friendly matches won't give you any fame points right now, but this may change in the future. 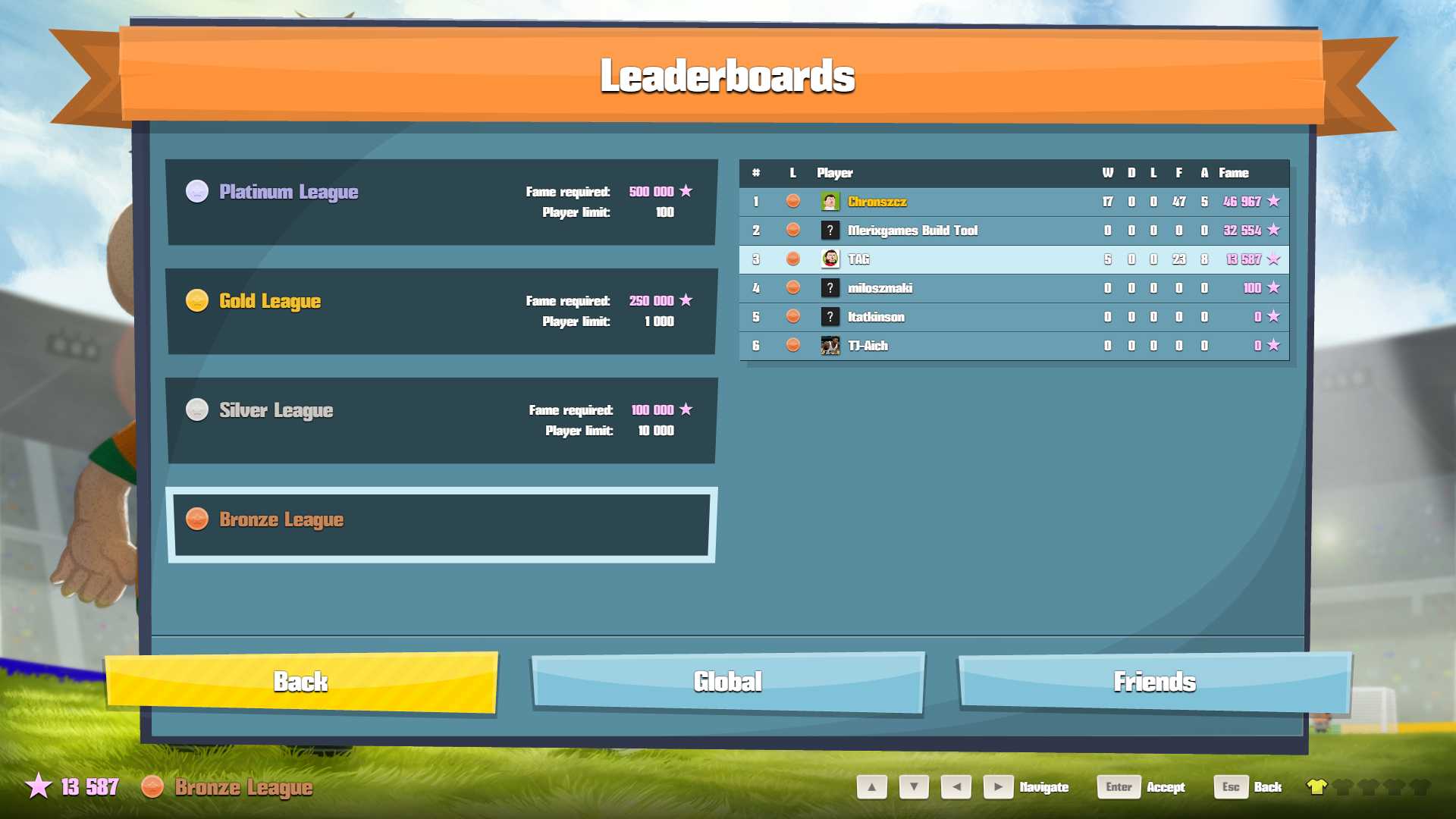 This is a perfect thing for parties with friends. Each friend controls one national team and you organize a cup for them, eg. World Cup, European Cup or Champions League. This is basic, but you can also do more crazy stuff, as there may be more than one human per team.

Custom Tournament can be started in one of the three formats:

You can specify number of human and AI teams participating and decide how well AI will play. Progress of the competition will be saved, so you can also make longer session or more parties! 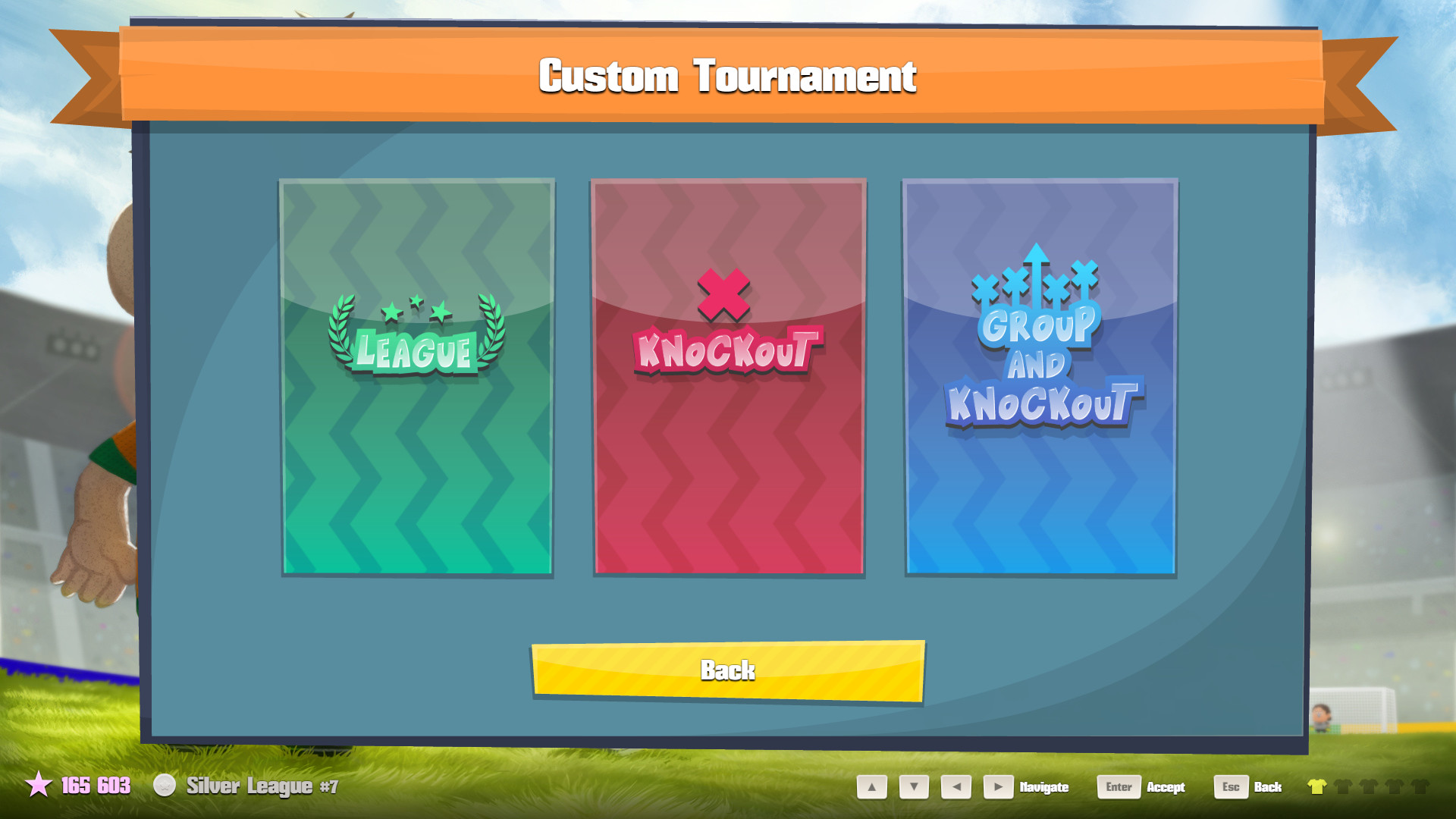 These are optional objectives than can be fulfilled during a tournament match. There are many challenges with varying difficulty levels, e.g. score a hat-trick or knock-out two opponents with a single slide tackle. Some harder challenges will appear only on higher difficulty levels, so playing on Beginner will show you only the easiest challenges. More challenges may come in future, along with achievements.

Note: challenges don't appear during friendly matches, but that may change in the future.

When you control a player, there is a color circle underneath him. When you play a local multi-player match, there are other circles of other players too. Pretty obvious thing! We decided to try something not so obvious, to give AI similar circles to:

Let us know if you like or don't like this feature, does it help or disturb you during play. 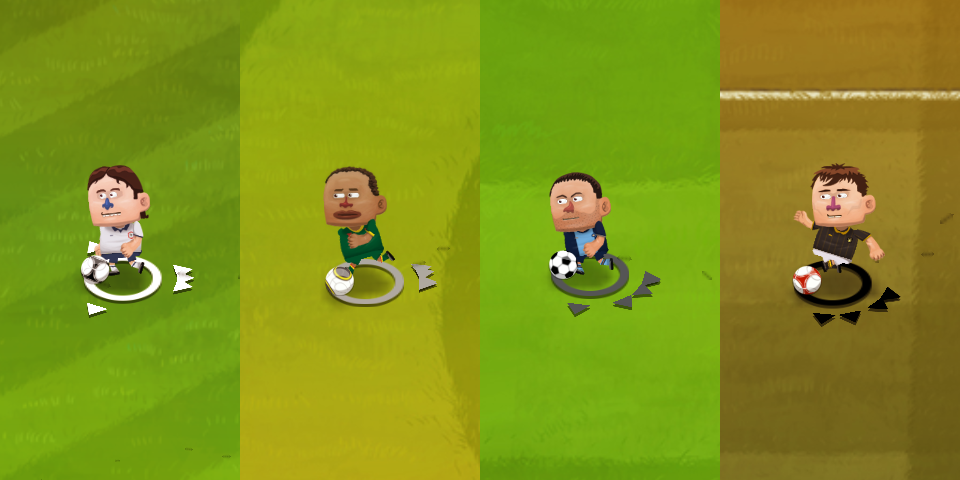 We have a long list of features to implement, small and big ones, some of them suggested by players, but there is one most important feature still missing: online multi-player. This is a big thing for us and we'll need at least a few months to complete it. During this time you may see less frequent updates of the game regarding other features.