Marathons have been ran, armies of skeletons have been crushed, and now it's your turn! Dooms day is upon us, and it is up to each and every one of you to vanquish our common foe! To arms men, and fight for honor and glory! Can you make the high score? The names on the list say you can't, that you won't, and that you will fail! 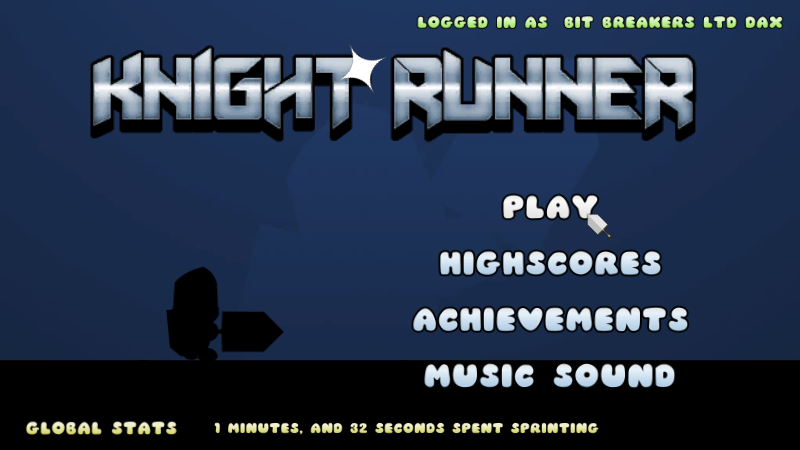 Knight Runner for Gamejolt.com has finally been finished. Knight Runner is an endless-run and jump game where you play a knight killing foes and collecting riches as you charge and trample down your enemies. Knight Runner is now available to play free on the web at


Knight Runner is planned to be released on mobile phones in the coming months, so keep an eye out!!