Hello! In this report we'll cover the life in the settlement with its services, population and how can the player influence it. Also, some details about what we have been working on during this week.

This Kition Report will cover: 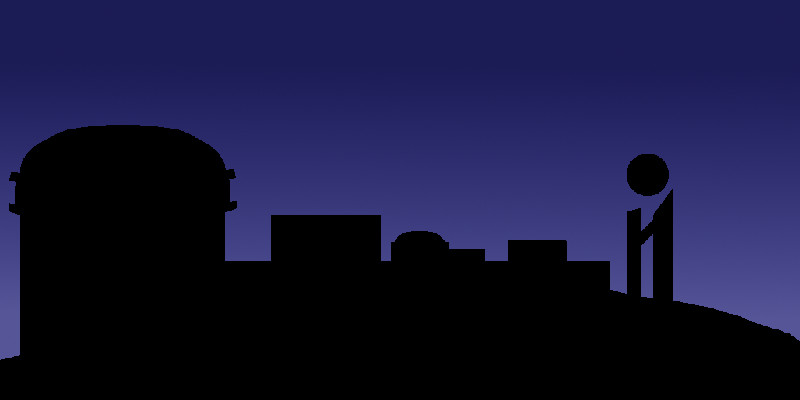 The settlement is the place where the player will socialize with npc, accept requests, trade and hopefully find a wife to form a family. The settlement a gameplay element separated from the player character, so if the main character dies the player can chose to start another game using the same settlement or start a game from scratch with a newly generated settlement.

In the current version the settlement contains the following services: 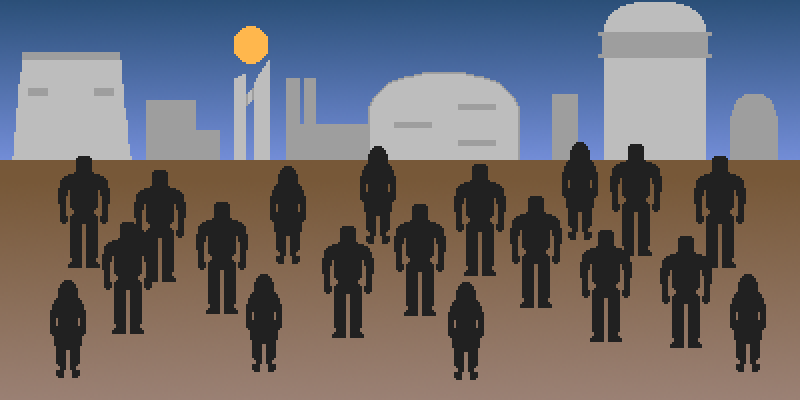 The settlement population will change over time, not just by births and natural deaths, but also by immigration and combat casualties. The settlement will suffer from raids sometimes, and the player attack the inhabitants at will (with certainly negative consequences). The population will be replenished over time as migrants start to inhabit the available empty houses.

While the player isn't directly responsible for the welfare of the settlement, being able to ignore raids and other negative events without penalties, it can be beneficial to care about it as it's the main place where the player can trade and find helpers. 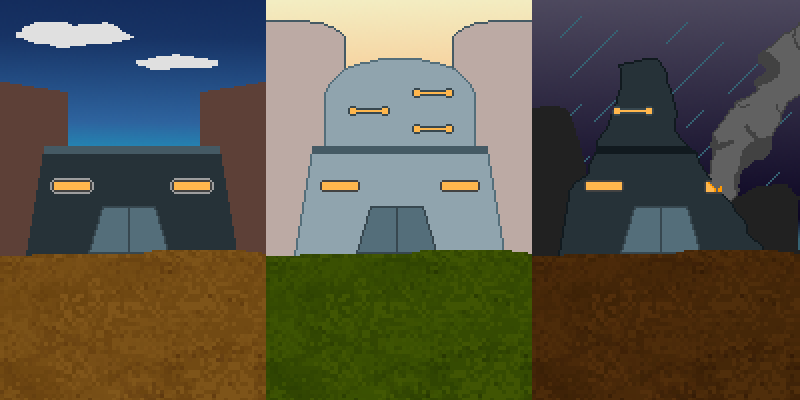 Besides population there are other changes the settlement can suffer during the game. As time advances world events will trigger that will affect the technology available or the kind of people that will visit the settlement.

The player can also take part in the settlement status through some ways like building defenses or helping to develop new services like a transit station to help the trading post and increase the amount of visitors or a pier to allow access to new dungeons. 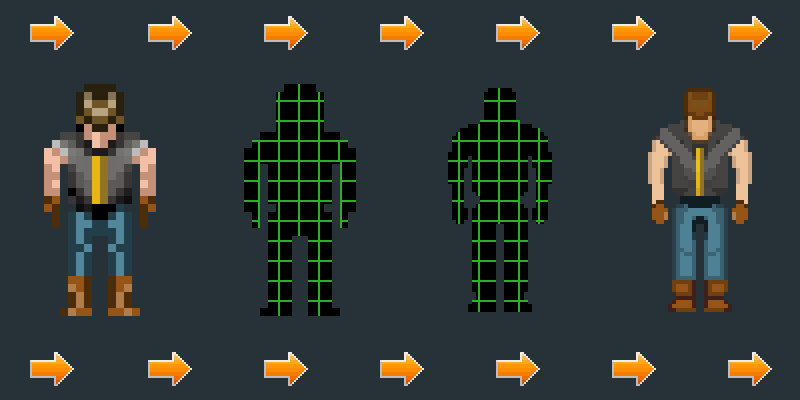 On the graphics side I have been redoing the old graphics to pixel style since we decided to change it for being faster and easier to make as it would take too long for me to draw them in a different style (and since I'm a complete amateur they wouldn't look great either).

The mob sprites were made in a pixel art manner, but I'm changing them to a larger scale to allow for more detail though it's taking me about three times longer to complete them, though I hope I'll complete them faster after I have more practice with them.

On the coding side grimnir6 is working in the dungeon generator, a work that was delayed by my “creative” wall sprites (now a solved issue after redoing them for a 4th time).

In the social network side I have created the G+ profile which will be updated alongside the one in Twitter with the extra of allowing more detailed status updates.

And that concludes the second Kition Report. See you the next weekend!

Follow us on twitter @braveorcs and G+ at the Brave Orcs profile, or check our blogger site with all the links to our different profiles and Kition Reports.