Survive in a strange dark world, endure hostile dungeons, fend off lethal players, expand your bunker, and bring to light why you exist.

We're an experienced team of game developers creating a survival MMORPG, where you play as a strange energy, known as Lux. As a Lux, you'll endure the hostile world of Noch(pronounced Knock), while trying to uncover why you exist.

We want to make sure the final product matches our vision, so we're working with top industry veterans to get it done right! The artists and developers creating Lux have also worked on games such as World of Warcraft®, Diablo 3®, Starcraft 2®, Hearthstone®, and Magic: The Gathering®.

"We have a lot to share about our vision, so lets start with the world itself! "

We're designing Noch to be infinitely expandable. It's made up of an ever growing number of biomes, which make up the "Wild". These themed zones are dynamically generated and blended together smoothly with hand crafted regions. This makes it possible to add any number of new diverse biomes or terraform biomes through events, as the world of Noch takes on a life of its own. We want to keep exploration exciting and maintain a sense of discovery! 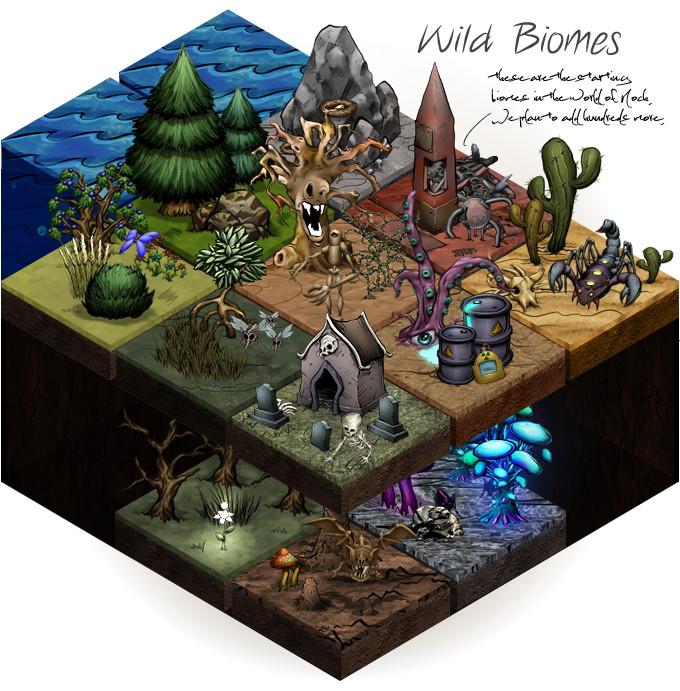 We have dozens of biome types planned for launch, and here are some of the basics:

We want players to be able to make camps, claim land, build their settlements, place walls and turrets, and hire NPCs to help them defend it from attack.

Every player starts with the ability to craft the basics; harvesting tools, defensive walls, and pioneer gear. To increase your chances of survival, you'll want to get your hands on something a bit stronger. 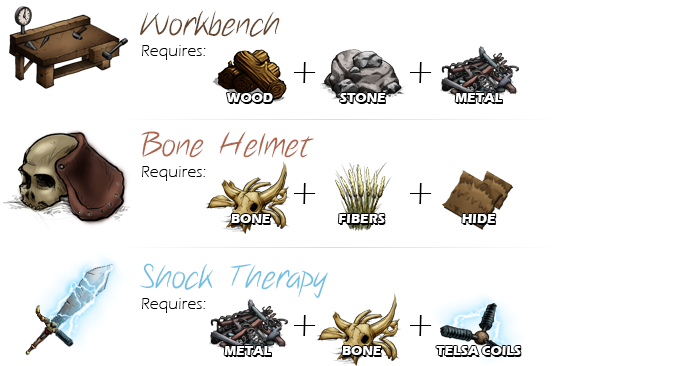 "If you aren't near your bunker, make sure your camp has some basic defenses to help you live through the night."

An important part of the world is the day and night cycle. The sun provides some great benefits to the Lux and helps them advance, while the lack of light transforms Noch into a terrifying and risky experience.

The presence of darkness makes the creatures in Lux stronger, faster, more aggressive, and gives them new abilities. It can even transform them into completely different creatures. 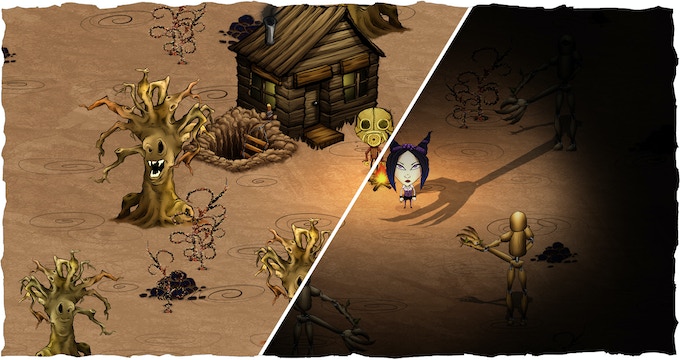 These mortal forms are the fragile tools of the Lux. Like humans, your characters will have to deal with Health, Hunger, and Fear on a regular basis. There are numerous characters to choose from and even more for you to unlock. 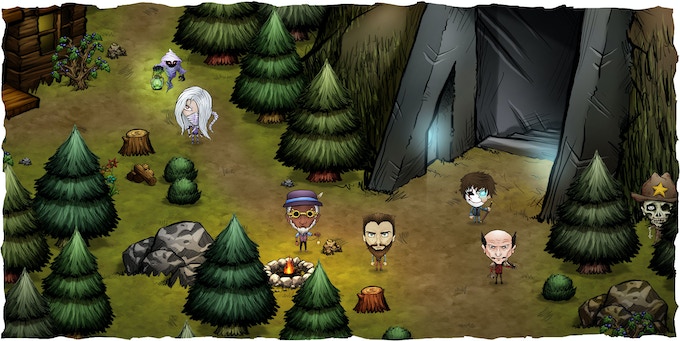 We have 15+ characters planned for launch with some rather intriguing traits, plus notable Kickstarter Exclusive characters. Here are just a few characters available at the beginning of your journey. 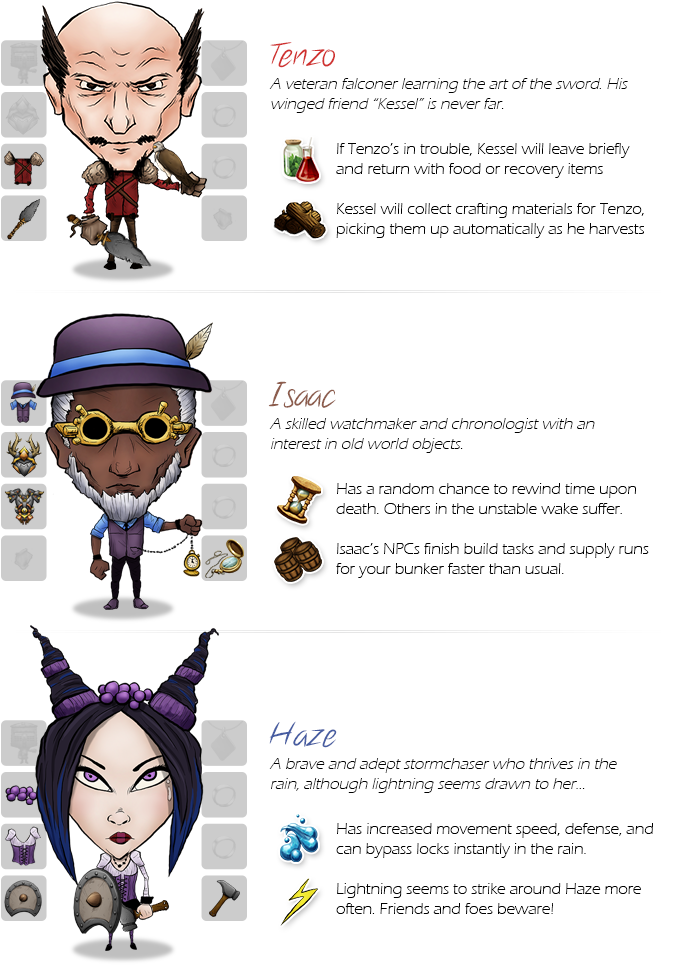 "We want gamers to have more control over how their character plays. Rather than limit players to a class, players can combine traits to create their own."

Traits come from your active character and your equipment (helmet, armor, main hand, off hand, and accessories), plus buffs and hundreds of "skill like" consumables.

Narrowly escaping death should always be thrilling! That only happens when there are penalties for being slain.

Noch is a scary place! Thankfully you have an instanced, expandable Bunker to call home. When you need a breather, you can build without fear of attack, manage your NPC followers, put your Lux into another character, and spend your Lumen at the Gizmo. 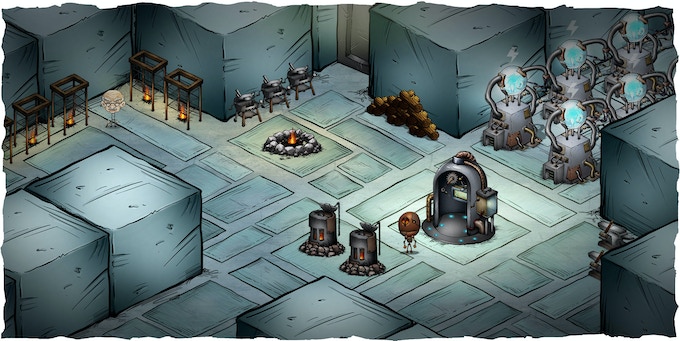 You'll be able to completely customize the look and style of your bunker, and as you gain NPC followers, you'll need to make sure to watch your Bunker's Power, Morale, and Supplies.

Tell your NPC followers whats important to you, and they'll work while you're adventuring. They can refine resources, craft equipment, mix consumables, cook food, upgrade your bunker, gather supplies, or study archives to earn you bonus Lumen.

Through your adventures every action you perform will give you experience in the form ofLumen. You can spend Lumen to improve your Lux at the Gizmo.

As you zoom out, you'll have access to hundreds of Filament clusters. Here you can plan out what you want to unlock most, and which path you follow to get there.

"The more Lumen you risk, the greater your potential reward. Carrying large amounts of unspent Lumen will increase your XP multiplier up to ten times (10x)."

In your travels you'll come across sinkholes. These fissures are your chance at rare, mythic, or even fabled treasure. As you descend, caves become dungeons. 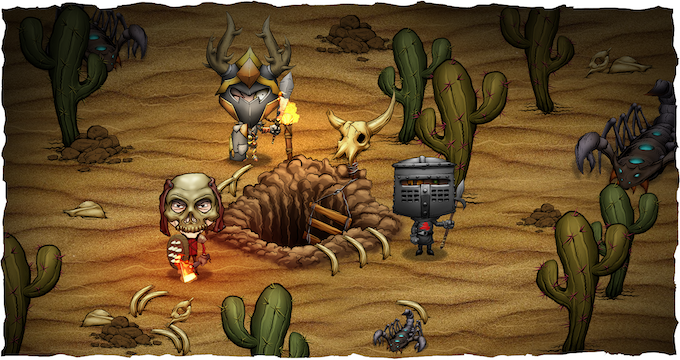 Going deeper underground means greater danger and a higher chance for loot. Dungeon sinkholes will become unstable after a time, so watch for signs of collapse or you may just lose all that shiny new loot.

These days, people throw around words like "unique" without any real meaning. Imagine finding one-of-a-kind items, equipment, or crafting schematics. 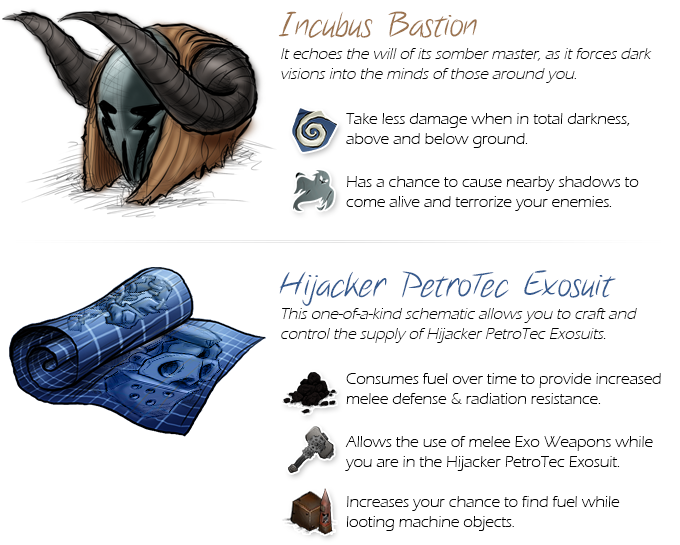 "One-of-a-kind!? Now that's truly unique loot, and it's a core feature of Lux."

Players can openly attack others in the wild. If a Lux kills another without cause, that Lux is marked with Gloom as some of the victims Lumen is taken. As your Gloom increases, your character is surrounded by a dark shroud, causing Fear in others and hiding you at night. Be careful with Gloom. It makes it harder to protect the goodies on your corpse if slain.

"Hauling around lots of XP (a.k.a. Lumen) causes you to glow! It may help you see better at night, but it also attracts unwanted attention."

We want the music in Lux to be just as mysterious and adventurous as exploring the world of Noch itself.

We've come as far as we can and we need your help! Now's your chance to shine, whether you just want to get your hands on Lux at a discounted $15 rate or if you're a die hard backer going for a limited pledge reward... Every pledge gets us a step closer to our end goal!

Each stretch goal includes more content, features, server hardware, and covers the hiring of additional staff to make development happen faster. We plan on adding all these stretch goals to the game eventually, but reaching these milestones guarantee they are available on launch.

As with any MMORPG, one challenge is connectivity on Day 1 release. As MMO vets we understand the intense frustration when you want to jump into a game the day it's released, but instead your hit with connection problems, random error codes, or a login queue. We're planning to have additional servers and networking ready to be turned up as Day 1 congestion spikes.

Since we're developing for Xbox One and Playstation 4 as well as PC and Mac, we have console specific tasks to tackle. For these consoles we need Xbox Live and Playstation Network to be functioning, where as on PC or Mac you just need internet. We're making sure that on our end, everything is working while we trust that the good people at Microsoft and Sony are doing the same.

Another opportunity we face is simultaneous launch dates. We are working very hard to ensure Lux™ launches on all platforms at the same time. If for any reason there is a lengthy delay with a console version due to reasons outside our control, we'll offer those console players a PC/Mac version at no charge. Once the console version is released players can access their accounts on the purchased platform.

Thanks for all your support and for helping spread the word about Lux™!

Hello can i get an alpha release for stream it on my youtube channel? This game is really interesting and i love this art style. Thank you for answer, im just a little Hungarian streamer who want show a good game for viewers:
Youtube.com