Over $60k raised, second stretch goal reached and still three days to go! We are so grateful for your support!

Now it’s time to start introducing you to the numerous alien races in the Exoplanet universe... 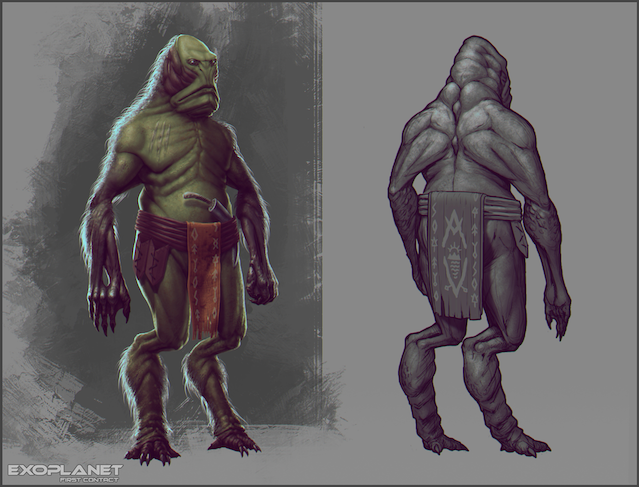 They can swim, breathe underwater and sell a glass of water to a drowning man.

Amphibians were the first alien race encountered by humans in their booming interstellar expansion. In fact, Terra was situated on the border of their vast domain, but the outcome of direct contact with humans was deemed unprofitable by their government. The uncivilized savages, who barely escaped self-destruction in a nuclear apocalypse, had nothing to offer the wise and rich race of builders and traders who invented interstellar travel about 20,000 years before the Egyptians built their pyramids.

But, one day, the savages from a third planet in a yellow dwarf system started to sail the star seas and colonize other planets that were mostly too uncomfortable or too dangerous for amphibians. They extracted the natural resources of these harsh worlds for sale, or to serve as mercenaries in local conflicts for the wise and wealthy. Amphibians always were and will remain a barbaric, unreliable, and chaotic kin, who are not to be trusted. Unfortunately, these barbarians cannot be ignored anymore.

The verbal self-identification of the elder neighbors of our race is unpronounceable by humans, who simply cannot produce sounds of such high frequency, so they were simply named Amphibians for their biological features. These calm creatures, who swim and breathe under water, originate from a world covered with jungles and swamps.

Amphibians are hermaphrodites who can change their sex according to their social status and age:

Usually, they live in large communities that could be described as corporations or financial unions of several genetic bloodline clans. Several corporations built a Consortium, the amphibian’s equivalent of the planetary government, where the places are sold on auction. The most wise and wealthy bloodlines rule the planets and struggle to get along, but usually avoid wars and assassinations, proclaiming them to be too uncivilized.

Amphibians value money and other physical attributes of wealth. They hate wasting their gathered resources by making insecure investments. They are said to be conservative and cautious, when making decisions or picking sides in conflicts. 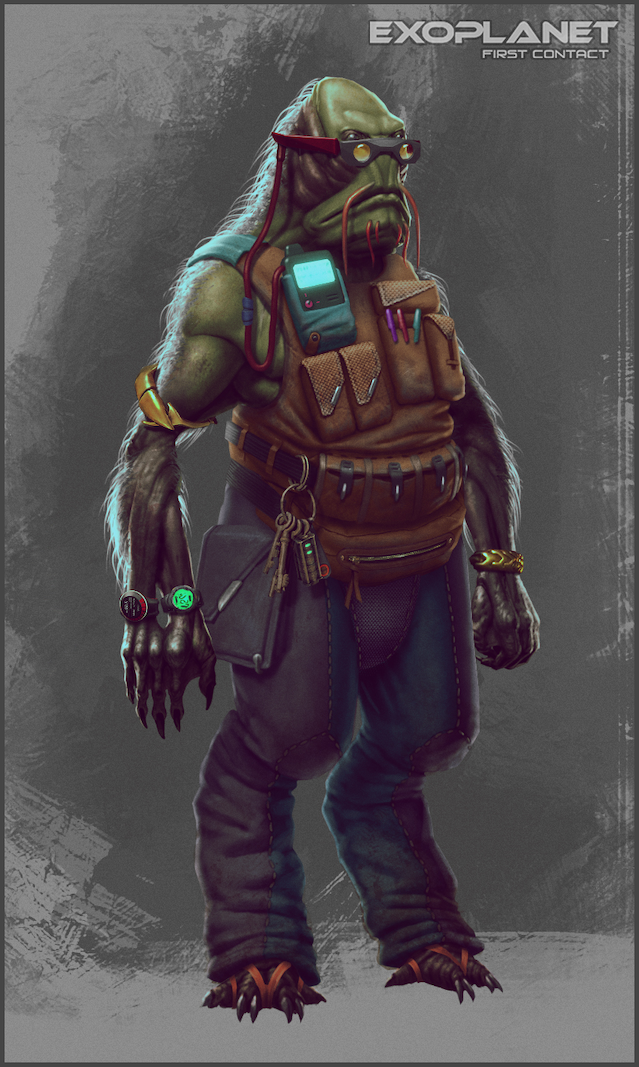 Bar na Bas “The Scrooge” is not your typical polite amphibian.

On K’Tharsis he learned to shoot first, and then negotiate with the survivors.

Bar na Bas, nicknamed by the locals “the Scrooge” established his pawn shop in Outpost 74 about 50 years ago. This old amphibian living on a hot K’Tharsis for decades is probably an outcast of the famous bloodline for some unknown crimes and is doomed to live in exile. Despite being a querulous and greedy person, he managed to build connections with lots of important people on the planet and is known as one of the most successful whispermongers in the desert region. Bar na Bas can obtain any information you need, but you gotta pay the right price either in crystals, or, even more dangerous, by fulfilling his various requests. 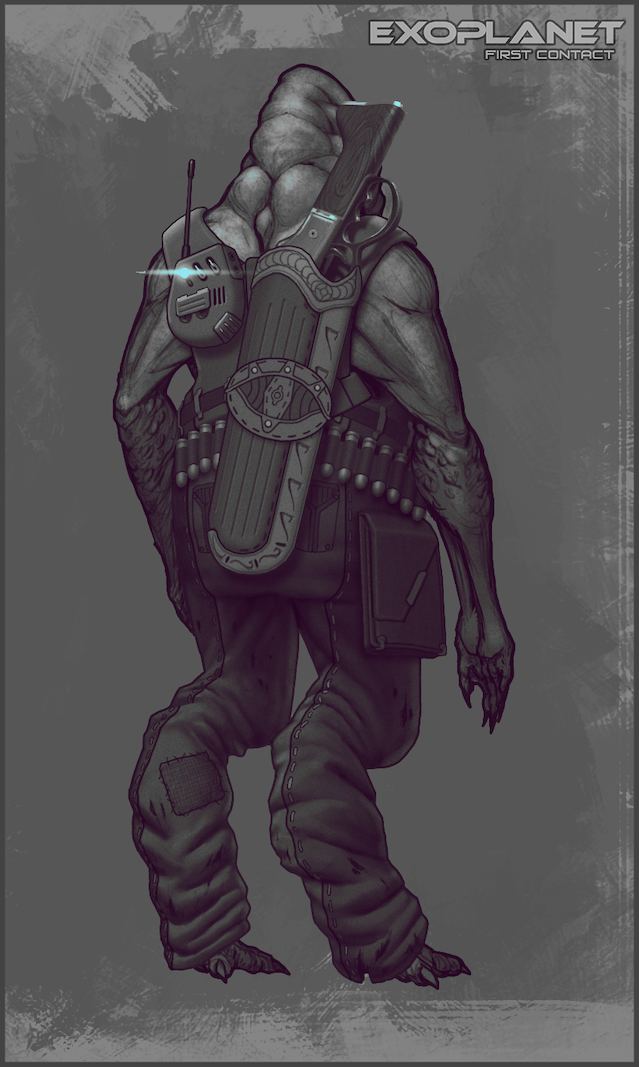 If you think that this is a big gun, you are wrong. Bar na Bas keeps his biggest gun under the counter.